The Acer Aspire Vero is not going to blow you away with an astounding screen (it’s quite dim), its impressive gaming performance (there’s no dedicated graphics card), or even its long-lasting battery life (I got about seven hours at most). I could spend all day pointing out the fancy features it doesn’t have, but this thing is such an against-the-grain release from a major manufacturer that I honestly do not care.

Acer’s goal with this laptop is to provide a green alternative to your bog-standard choice. There are two models, both with 1080p screen and other than their rather dim brightness, are perfectly serviceable. I wouldn’t use this for color-critical work in any capacity, but the laptop held its own doing light gaming or watching things online.

It’s made from 30% recycled plastics, has this funky faux-recycled look, and is a chunky boy. I cannot stress how much I love how beefy this thing feels without the ugliness that plagues the gaming space. When I rest my hands on it to type, it feels comfortable with its almost side-table proportions and textured coating. Laptops don’t do this kind of thing anymore, be present without overstating themselves.

There’s some additional app helping from Acer with the VeroSense, which includes a wild function to disable all critical functions. Activating this let it last a fair while, but I couldn’t gauge why I’d use this other than to immediately conserve battery before it dies.

But the thing is with the Acer Aspire Vero isn’t what’s inside, but what it’s doing as a concept. Laptop manufacturers are forever doubling down on their complete destruction of the right to repair, as well as making machines that just contribute to the future landfill around the world.

The Vero’s 30% recycled plastic shtick seems like a gimmick at first, some sort of obscure virtue signal, but ultimately I think that Acer’s team behind this has put a lot of heart into this device. Sure, there’s the cynical side of me that screams something else, but it’s one of the first products in a long time where I genuinely feel as if there’s an ounce of hope – however small – from major manufacturers like Acer to do the right thing going forward.

See, laptops are big money for manufacturers. Apple, for instance, cares that you spend $2000 on a new Macbook, but you’re also then on the hook and they want to reel you in eventually. By locking down the laptops to the point that no one but them (or licensed repair shops) can do any work on it, you’re forced into overly expensive repairs.

Turning the Acer Vero over, not only are there Phillips head screws, but it seems completely serviceable by the general repair shop. RAM replacements don’t seem like surgery and upgrading the SSD on the inside will be more than easy.

It’s not Framework levels of support for the right to repair movement, but it absolutely spits in the face of Apple, Samsung, and the like, demonstrating that these companies are actively locking their hardware down for the worst reasons.

Acer’s Vero is not only a good laptop, but it actively seems to be built with the consumer in mind, even down to recycling the plastic that litters the world. As laptop manufacturers shift to pumping in as much power to distract from the complete lack of freedom these devices lack on a hardware level or claiming that their ways to repair are the only way forward, the Vero stands out as a physical counterpoint.

Priced at £799, this top-spec model not only held its own – thanks to the Intel EVO chip inside – but embarrassed current lower-spec models like the Samsung Galaxy Book Pro as a better alternative.

The thing with it is that I think this is a great proof of concept. If a refresh came out next year and featured a better screen and at least a singular Thunderbolt 4 port, I think it’d make bigger waves. As it stands, I think the only thing holding this laptop back from mainstream adoption is Acer themselves. I haven’t seen anything about it outside of direct Google searches or the usual haunts for reviews.

Acer’s got something great here and while yes, it lacks a few hardware features, it’s more than capable of being your day-to-day laptop and would make a great option to upgrade to if you’re at all in the market for a new machine.

Great for work, good for the planet

Snappy, fairly powerful at a non-obscene price, and actively helping the environment, as well as supporting the consumers’ right to do as they wish with it?

I can’t do anything more than recommend the Acer Aspire Vero. 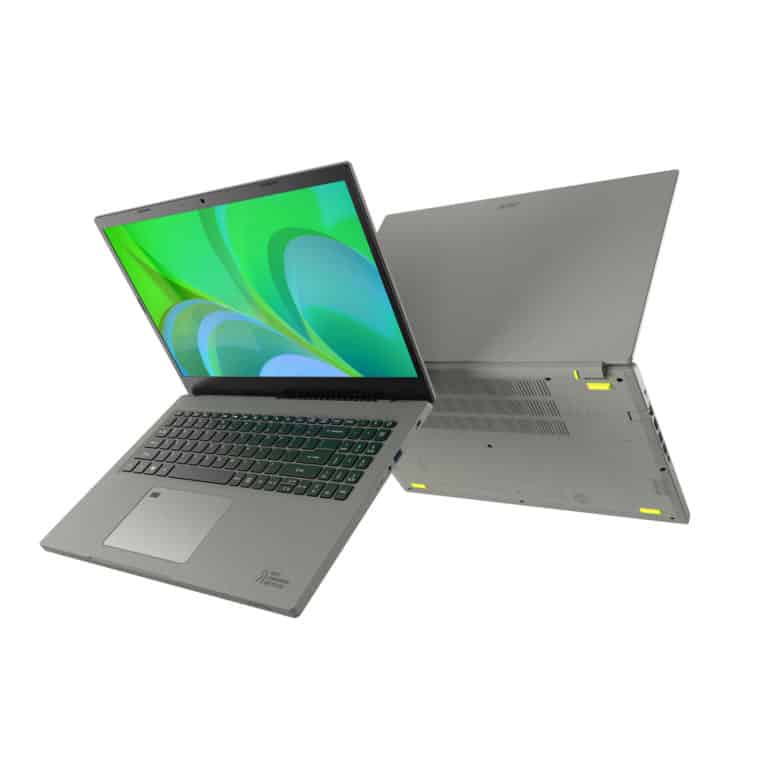