Immense hype is at its tipping point on the verge of Apple’s “Far Out” event, wherein the highly anticipated iPhone 14 may well be announced – but what of its predecessor, the iPhone 13?

The arrival of newer tech and products typically leads the older models into obscurity, but the iPhone 13 still proves to hold strong in one year’s time. It leverages among the most powerful existing smartphone chips, the A15 Bionic, which will also serve as the standard iPhone 14’s processor.

Thus begs the question, is it still worth purchasing the iPhone 13 in 2022, even when on the cusp of newer Apple technology? 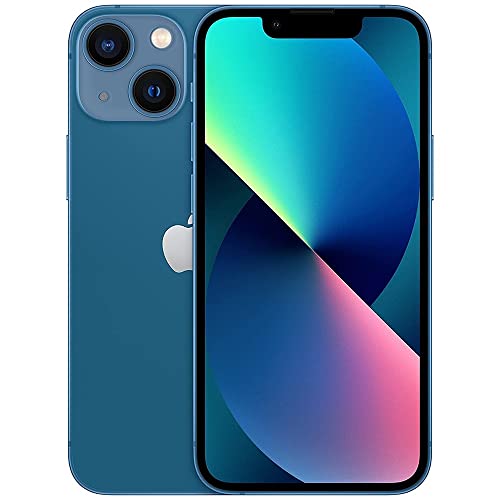 Is it worth buying the iPhone 13?

Since its release on Sept 14th last year, the base iPhone 13 has remained at $799, varying slightly depending on internal storage needs. The Pro and Pro Max models run for $999 and $1099, respectively.

The standard iPhone 13 boast Apple’s A15 Bionic chip, a 6-core CPU with a 4-core internal GPU, in tandem with a 3,227 mAh battery. Several other features include a 6.1-inch display, IP68 level water resistance, and an estimated 10-plus hour battery life. All four models have the Cinematic camera mode and 5G connectivity.

While the iPhone 14 may prove to be a step above its predecessor, there’s little much wiggle room it can afford over the 13, aside from a somewhat better camera, battery performance, and response times. Even still, you may want to wait for Apple to actually announce the iPhone 14 line, as it will spell an immediate drop in price for its year-old counterparts.

Specific carriers, too, will be hosting their own individual discounts once Apple itself launches the iPhone 14, highlighted by Digital Trends’ Jesse Hollington. Verizon is currently offering $800 off select iPhone 13s via Best Buy, and only more such offerings will be made available following the iPhone 14 debut.

How many years will the iPhone 13 last?

For the most part, Apple iPhones tend to last about three years, witnessing a small performance decline within two, so long as the smartphone is kept in relatively good condition. Battery and overall workflows will be where users see the most decline in performance after that two-year mark.

Luckily, however, the iPhone 14 will utilize the same processor as its predecessor, which makes the iPhone 13 a bit more future-proof over previous Apple smartphones. The A15 Bionic is hailed as one of the best smartphone CPUs, and the fact that Apple is allegedly only upgrading the chipset for higher-end models should speak volumes on its underlying performance.

Add this to the fact that the iPhone 13 has 5G capabilities and a 15% battery performance upgrade over the iPhone 12, and it seemingly sports some long legs.

Is iPhone 14 coming out?

Apple has yet to officially confirm anything related to the iPhone 14, but it is in the company’s nature to debut a host of new products in Sept., main among them being a new iPhone line. In 2021, Apple announced the iPhone 13 on Sept. 14th, amid which several additional products were put on display, such as the Apple Watch Series 7 and iPad mini.

All but one thing is officially confirmed: Apple’s “Far Out” broadcast, which is scheduled to kick off on Sept. 7th at 10 AM PDT. Rumors and theories argue that the iPhone 14 will be the main event, while new Apple Watch products, the second-generation of AirPod Pros, and even potentially the rumored VR headset will also be in attendance.

Thus far, the iPhone 14 boasts some serious internals, most prominently felt in the Pro models. The new Apple silicon, for now merely coined A16, will be fitted inside iPhone 14 Pros, sporting always-on display support, and potentially even no notch at the top of the screen.

Yet, despite all of the ever-burgeoning hype surrounding Apple’s new smartphone, the iPhone 13 will prove to be a steal as it wavers into obscurity. Beyond even the potential $100 price drop Apple will grant it at the launch of the iPhone 14, the iPhone 13 will also see a slew of carrier-specific and third-party retailer discounts.