by Brian Stone
in Reviews

Before you wonder why we’re reviewing a 1TB drive, keep in mind that this is still one of the most powerful and compatible SATA hard drives on the market today. It’s a tried and true Western Digital product that won’t let you down in most capacities, which is why it’s worthy of a review. With increased affordability, plenty of storage space, and lightning-fast processing speeds, you’ll quickly find that it’s still a good choice for a hard drive.

In this review, we’ll take a look at some of the biggest features the WD Blue 1TB Sata Hard Drive has to offer. You can bet that the specs and aesthetics are worthy of an affordable and functional gaming computer, and it delivers more power to the PC.

As you can see, it’s clearly not the top of the line. There are a few specs that can stand the test of time, and again it will give you a good amount of power and capacity for the price, but overall it’s not the greatest.

The aesthetics don’t appear to be much to whoop about either. If you’re investing in a model like the WD10EALX, you will notice the recognizable Blue label. But as far as the drive’s aesthetics go, it’s really similar to other desktop hard drives you’ll find out there. There is nothing special or spectacular about it, there are no bells and whistles, and not really any add-on features either. 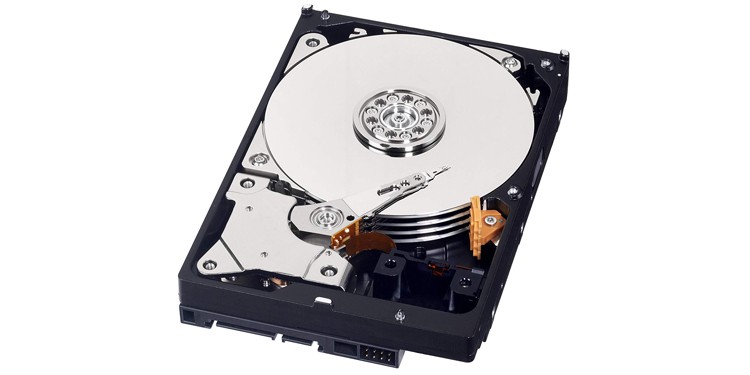 First, there was IDE (Integrated Drive Electronics), then there was SATA (Serial Advanced Technology Attachment). This is a serial link that allows communication to happen at faster speeds, making it a true technological advancement over the older ATA/EIDE systems.Technology is always advancing and currently, we’re wading through our to-do list of reviews for SSDs and PCIes, which should give you some perspective of this particular hard drive.

When deciding on a hard drive for data storage, there are three things to look for:

Capacity refers to the amount of space you need for your data, which includes document, emails, photos, music, apps, video games, and everything else currently on your computer. The larger your files, the more storage space you’ll need. And the bigger storage space you have, the less bogged down your hard drive will get, helping your entire computer to run at a peak performance.

Speed refers to the internal speed of the hard drive as well as the speed of the connection between your computer and the drive. This will affect how quickly you can save, load and transfer files. Think of speed in terms of efficiency, where the greater speed you have, the easier it will be for your hard drive – and all of the parts of the computer affected by it – to run.

Access refers to where your files will be stored on your mobile device or desktop. Do other people need access to some of, or all of the files? Are there files that need to move between different computers? Do you want to be able to access music or images remotely? Is there cloud storage available? Can you see and look at your files if you don’t have direct access to your internal hard drive at the moment?

Western Digital (WD) pretty much set the standard for hard drives and has been around since 1970. Chances are if you’ve had any dealings with hard disks and drives you would have used a WD Blue or Green, or at the very least, you would have heard of it. You can never go wrong with a Western Digital Product, and while they certainly don’t always provide the latest or greatest bells and whistles, they are always super reliable and can give computer users exactly what they need for a peak performing computer.

The brand isn’t known for its cutting edge-hardware, after all, we’re talking old-school here, but it’s definitely one of the most reliable and sensible. In the past, WD hard drives were also among the most affordable, but that has changed recently, which is maybe why the WD Blue 1TB SATA hard drive gets a fair to mild, not fantastic, review from us. It is still worth reviewing due to its affordability and basic functionality, so consider this hard drive if you are looking for something on a very tight budget.

The WD Blue 1TB SATA Hard Drive is a bit of a tough one: while there’s absolutely nothing wrong with it, there’s nothing particularly extraordinary about it either. It’s safe, reliable and you know what you’re getting, like when you order a vanilla milkshake.

Another way of describing the WD Blue 1TB SATA Hard Drive, according to one of our female panel members, is like being on Tinder Premium, where you’ve swiped left, but haven’t seen anything else you like more, so you ‘rewind’ to give it another chance. In other words, it’s not ‘Mr. (Right) Hard Drive’ but it’s ‘Mr. Hard Drive for (right) now’. Which is exactly why it fits the mold as a budget piece. If you’re building a tower from scratch, and you just need something reliable with okay storage capacity in the meantime, while you save up for one of the more powerful beasts out there on the market, then this is a practical and wise choice for you.

The WD Blue 1TB SATA hard drive has been made to deliver on three things: reliability, affordability and sufficient speed. It has SATA compatibility, which offers enough bandwidth for general use, but it’s not going to compete with the new kid on the block, the PCIe or PCI Express drives. Sadly, this kind of drive won’t work in every situation. The hardcore PC gamers will definitely not find this SATA compatibility to be enough bang for the buck, especially when trying to run a high-capacity PC with super large video files.

The WD Blue 1TB is available for desktops and mobile devices, which are 3.5 inches and 2.5 inches respectively and have three storage capacities; 250GB, 500GB, and 1TB. Many users are surprised at the mobile device compatibility, but really this feature has become a standard over the past few years. This is why it’s difficult to place this drive in terms of rating, because while it has some specs which surprisingly stand the test of time, other features (or features NOT included) just really fall short when compared to what’s on the market now.

The WD Blue 1TB SATA Hard Drive is available in different color categories, and while some drives offer better performance than others based on color, neither of them are the best options on the market. Again, you should think about what you want to build before investing in a drive like this. If you’re a true creative but you need something cheap, go for the Black quality for now. Otherwise, if you just need something that will hold your PC together every day until you can invest in more, there’s no reason to go past the Blue level, which is what’s being reviewed here. 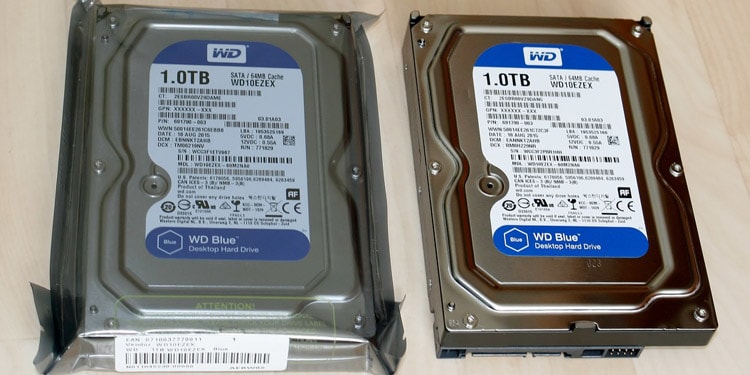 Let’s take a look at the access capacity of this particular hard drive. How can it be accessed? How many places can it be accessed in? While it doesn’t have spectacular amounts of access, it is still fairly reliable when buffering or playing a game. Plus, with the mobile device connectivity, it may be easier to access your files in a variety of different ways than ever.

There isn’t much going on in terms of protection or encryption, so you will definitely want to invest in your own set up backup systems and plans in case you ever lose your files. Having a portable or external hard drive may not be a bad idea in this case. Since it only has 1TB of space, the WD Blue is not the most reliable in terms of storage. But it can still be easily accessed by the PC user.

If you use hard drives for storage, you know that speed is key when measuring its performance. Given that most hard drives look the same, there are usually three ways to determine which you prefer; access, capacity, and speed, with speed and capacity being the most important. Since we’ve already covered capacity and access, it’s time to go over speed. Let’s see what this thing can do.

As far as this particular WD Blue hard drive goes, the speed is limited by the SATA connection, which means it’s probably more suited to an individual or small home office set-up, rather than multiple users needing fast connectivity and large storage. The speed is really nothing to be in awe over, and while it isn’t the worst, it truly isn’t the best either. If you’re working in a productivity setting, let’s say you are operating office software while viewing a video and running Google Chrome, you will have more disk writing activity when compared to reading activity. It typically has less than 15 MB/s of speed, which will work for the bare minimum essentials that you need. However, the fact that it’s 1TB of storage is a definite advantage, especially within this price range. While newer hard drives are allowing for up to 4TB of storage capacity, 1TB is still enough to satisfy most average consumer’s needs.

Overall, the WD Blue 1TB SATA Hard Drive is just okay. It’s a little bit older, a little bit more traditional, and certainly not as fancy as some of the newer models being released these days. While it has decent access and capacity, the speed falls a little bit short.

The WD 1TB SATA drive is a decent data storage solution and will serve you well. It comes with a two-year warranty and is PC and MAC compliant, although there might be some formatting needed when it comes to a MAC. It’s better off formatting this internal drive with a PC. However, it should work in a variety of average situations, where you just need a little something to get your computer going while you save up for the heavy hitters.

This is a safe purchase, where you pretty much know what you’re getting in terms of speed, reliability and storage space. It can help to get the ball rolling, although it doesn’t have a ton of new capacity or compatibility features. But it is definitely a safe buy, one that can last a few years, and at its current price we think it’s worthwhile.

Brian Stone has always been around computers since he was 8. After discovering he had a burning interest in computers, he aims to help the entire community of gamers by dedicating his time and life to help gamers and computer enthusiasts alike. Through his work, he wishes to help readers choose the best products and make the smartest investments.