Emojis have become part of daily communication online and via text messaging. For the most part, they help convey certain emotions that accompany the written word. This allows people to convey emotions via text accurately, making sure no words are lost in translation between friends, family, and ultimately cultures.

Free Emojis for Android also allows people to communicate by typing less. Emojis free up time by allowing users to simply channel their emotions into a single image that can be selected from an app or within a user’s Android keyboard.

So how did Emojis come around in the first place? In the late 1990s, a Japanese artist named Shigetaka Kurita created the first Emoji whilst working for a company called NTT Docomo. They were developing a new internet platform. Since it allowed for a limited number of characters, Kurita came up with the idea to replace words with pictures. This would allow people to communicate longer messages while using fewer data.

Unicode then created a universal standard set of Emojis around ten years later, ushering in the now-standard Emoji dictionary. With everyone “speaking” the same language, emojis easily became a part of our everyday lives.

Kurita’s original Emojis needed to fit into a 12 x 12-pixel space. This means 144 dots, around 18 bytes of data, needed to be crammed into a tiny digital space. The results of this task however are still being felt today.

The Nascent Mobile Internet System was the home of these first Emojis, however, they could only be used in emails at the time. The issue was that emails were limited to 250 characters on the device, leaving little room for big bodies of text. Emoji allowed users to convey messages and sentiments with less text, it’s quite efficient when thinking about it.

Streamers will be familiar with vector art, you know the custom Emoji and logo designs that makeshift designers shove down people’s throats on Twitter? Well, the reason why vector art is a big deal is that it can be scaled up and down to unlimited resolutions. This makes it a great choice for streamers to introduce custom Emojis into their Twitch streams and discord channels.

Emojis were used for years in Japan during the late 90s and 2000s, but the issue was they weren’t standardized. It wouldn’t be until Emojis were incorporated into Unicode, the standard that governs the software coding of text. In 2010, 722 Emojis were released on both iPhone and Android. 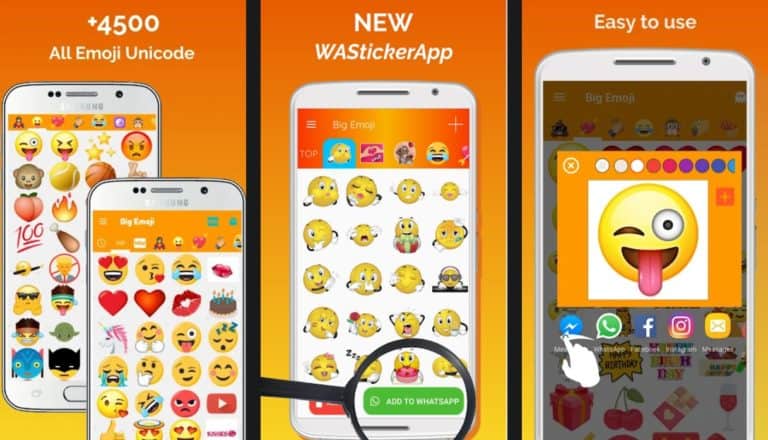 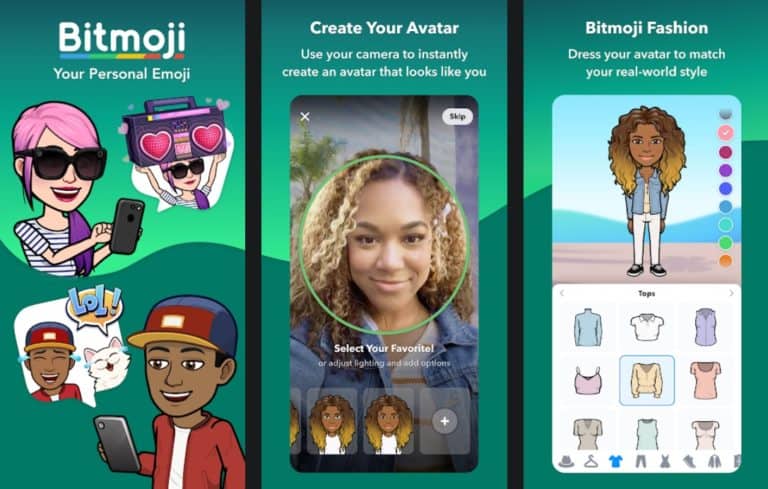 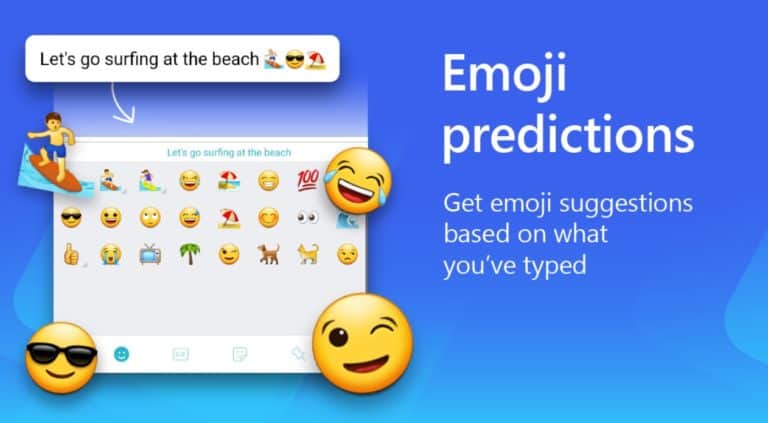 Looking at our Android devices today, we have plenty of Emojis at our disposal that isn’t limited to one app. These Emoji are universally recognized by texting, email, social media apps, and more, but what about when users want more?

We’ve decided to get together five apps that can give free Emojis for Android in ways that are intuitive and also out of left-field. Whilst some of these apps are keyboards instead of Android bundles, they provide the best way to funnel that Emoji goodness into everyday typing on Android devices.

Check out our top picks below:

Gboard comes as standard on Google Pixel devices and vanilla installs of Android, but what is it doing in a free Emojis for Android guide? Well, it comes with an Emoji search built-in that allows for easier and quicker Emoji integration into everyday use.

Google’s keyboard is beloved by millions of users on Android, and while it’s great for getting your words out quickly and accurately, getting non-standard symbols out will slow any great thought or Twitter rant to a crawl.

Gboard is the go-to keyboard for Android thanks to its prediction prowess and continued inclusion of excellent features like floating keyboard, GIF searching, and making custom sticker packs and custom Emoji.

Compatible with Android and iOS messaging

Packs can disappear from social media apps from time to time

This free Emojis for Android app allows users to add sticker packages directly to WhatsApp and add Emojis to various apps. Although some functionality is locked behind a Premium paywall,  it’s still worth a look.

Users can select whatever Emoji they want by selecting the best free Emojis for Android in-app then selecting which app that Emoji needs to go into. There are over 5000 Unicode Emojis to choose from and a great selection of Emoji stickers that are compatible with the following apps and more:

Compatible with Snapchat and more

Outfits can be replaced by the developer

This free Emojis for Android app allows users to create their own personal, cartoon avatar by using an endless selection of facial and character features. Owned by Snap, Inc., the creators of Snapchat, Bitmoji integrates seamlessly with Snapchat.

Users are encouraged to create avatars of themselves or others that can then be combined with messages and icons to create custom images. These images can then be sent via text (including adding a Bitmoji keyboard), social media apps, email, or users can add them to documents.

Search in Japanese only

This best free Emojis for Android is a collection of popular emoticons and Emojis but stands out from the crowd due to its enhanced library of old-school text-based emoticons. Remember when we all used to make faces and expressions with numbers, brackets, and various forms of punctuation? That’s what users can make the most of with this Emoticon pack.

Emoticons and Emojis both have their own categories with their own search categories, although the latter only works well for Japanese users, unfortunately. Users need to simple open the app and select the Emoji or Emoticon they wish to use. Then by holding down a tap over the desired option, users will then bring up options to pull the Emoticon and Emojis into another app.

This best free Emojis for Android can be launched like any other app from the home screen or notification bar. The included Emoticons and Emojis can be imported into a standard keyboard use by downloading the Mushroom or ATOK direct keyboard add-on. This will allow users to select and use Emoticon and Emojis on the fl

SwiftKey was purchased by Microsoft back in 2016 and has grown stronger as a Gboard alternative ever since. Although some of its features are for the more advanced typist who needs more from their Android keyboards, this best free Emojis for Android option is great at learning and adapting.

The Microsoft SwiftKey swipe keyboard is always learning and adapting to match your unique way of typing – including your slang, nicknames, and emoji. The built-in emoji keyboard has every emoji you’ll ever need and more. Microsoft SwiftKey learns your favorite emoji so you can always send your friends the right reactions.

Microsoft SwiftKey caters to all typing tastes, with free designs and themes to fit any style. The custom keyboard provides autocorrect that actually works. Microsoft SwiftKey provides helpful predictions, so you can get your point across fast, without errors. Type and text any way you like, with swipe-to-type, tap-to-type, predictive emoji, and a GIF keyboard.

From specialist apps that catalog thousands of Emoticons and Emojis to keyboards that allow users to select them on the fly, there are plenty of great options here to get the best out of Emojis.

Although some apps can predict the use of Emojis and monitor the user experience to suggest the most useful Emoji, they don’t always make life easier. That’s why for our verdict, we wanted to pick a free Emoji on Android service that allowed users to select and search the Emoji they want quickly and easily.

We also wanted to suggest a practical application for Emoji, which is why we have selected the following for our best way to get free Emojis for Android:

Are all Emojis compatible with other handsets and apps?

Unicode makes sure all Emojis are compatible across Android and iOS. The only difference is that the appearance of said Emojis may change depending on the operating system, service, or application used.

Do I need to download anything to use them?

Gboard just works. It has great auto-correct and punctuation features alongside a reliable clipboard function. It also allows users to search from a wealth of Emoji and GIFs natively and insert them into any app or service that supports them.

Gboard is also compatible with all Android devices with it being natively installed on Google Pixel devices. For those needing to deal with multiple languages on the fly also, Google Translate comes built-in to make sure users have everything that they need to communicate with anyone worldwide.