Adequate, and even overkill, cooling is more important than ever. It’s always been that if your rig is running too hot that your hardware could be damaged. And for a longtime, CPUs have been capable of throttling their performance when overheating. But recent CPU gens can actually get boosted performance when they’re kept cool.

So, if you’re looking for the best CPU cooler to avoid these potential woes– or to take advantage of your CPUs boosted performance– then check out our CPU cooler reviews below, as well as the included guide with information on what to look for. 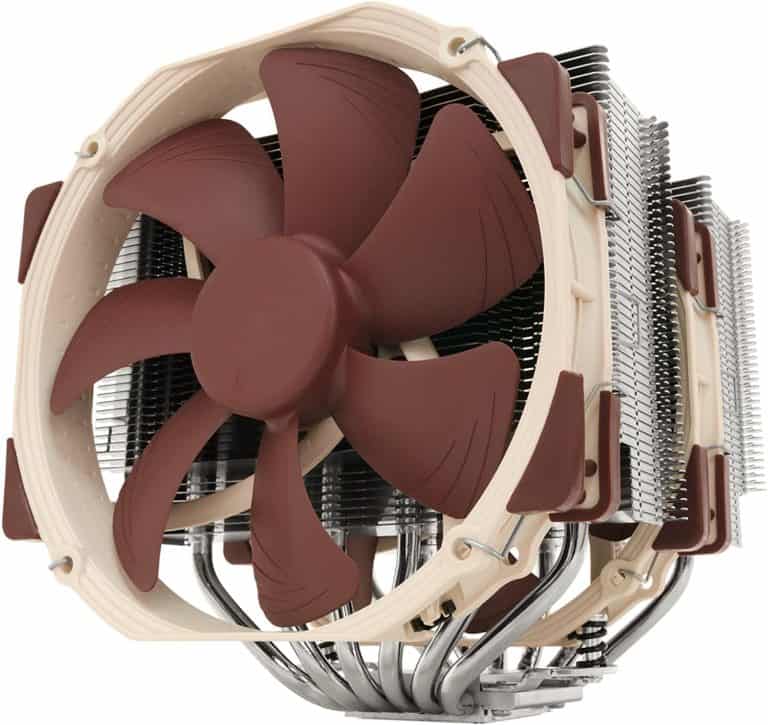 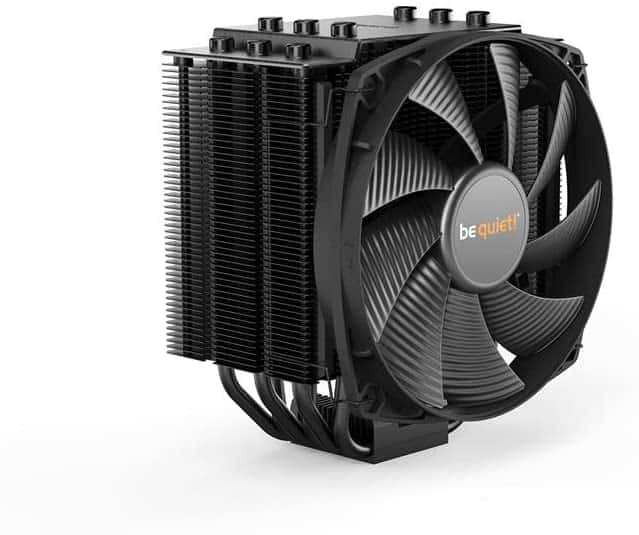 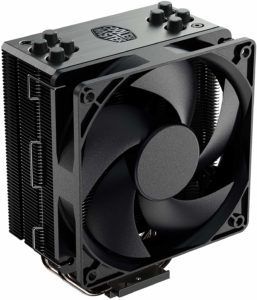 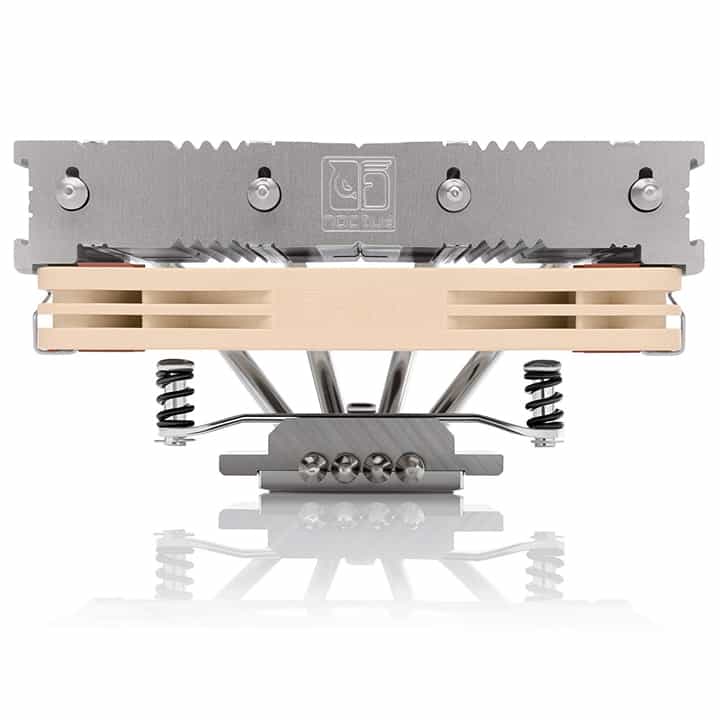 Compatible with tons of sockets

To start us off, we’re looking at the Noctua NH-D15. Noctua is an Austrian company that takes pride in their over engineered cooling products. They became known for producing some good CPU fans, neigh, the best CPU fans on the market.

Although their two-tone beige and brown color scheme became infamous for its outdated looks, it didn’t stop these powerful, quiet fans from carving a niche in the market for Noctua. More recently, they’ve released more contemporary colors, like black and grey.

Noctua’s knowledge hasn’t only gone towards making more attractive products, however, as the NH-D15 proves that they’ve also learned a lot in the engineering department. In fact, it’s widely considered to be the most powerful air cooler on the market and is easily the best 1151 CPU cooler to cool Intel’s hottest processors.

The drawback? This thing is massive; it won’t fit into all cases. The dual tower design uses two fans and comes in at a towering 165mm in height. That said, it is designed to avoid blocking RAM slots and will offer 64mm of clearance for your memory, which is enough for most RAM modules.

When it comes to cooling, nothing beats water’s specific heat capacity and its flow rate makes it much better at cooling than air.

However, until recently, water cooling your computer was only an option for custom loop builders experimenting with their own setups. Thankfully, in the last several years many manufacturers have taken to making all in one, or AIO water coolers that have a pump, hoses, radiator, and fans all set up and ready to use.

NZXT has made the best liquid CPU cooler on the market with their Kraken AIO, which is easy to install. The pump is, subjectively, the best looking on the market and is a small round shape with customizable RGB lighting and an infinity mirror effect that looks great. However, the way the hoses come out of the water block can block some RAM slots on certain motherboards, which can be a hassle.

It is worth noting that what sockets you can put it on will depend on the size you get. The smallest 120mm model will only go on some Intel sockets, but as you go up in size the compatibility improves and begins to include more AMD sockets (if you click our link to the listing you’ll see they have a nice chart there for socket compatibility).

The Kraken can be outfitted with a 120mm, 140mm, 240mm, 280mm, or 360mm radiator giving you tons of options to get the best fit for your case and the most cooling possible. The fans make this cooler surprisingly noisy under heavy load for a water cooler, but under most normal CPU loads it’s actually spinning the fans so slowly that it is completely silent.

When planning a highly color coordinated PC build, it can be hard to find a heatsink that matches the rest of your system. Luckily, be quiet! offers an awesome all black heat sink with its Dark Rock 4. This is the best heat sink for aesthetics.

The cooler uses a meticulously engineered arrangement of twelve densely arranged heat pipes to distribute heat into the heatsink fins efficiently. It also maximizes the usable area of the fins giving this nearly as much cooling power as the much larger NH-D15. This efficient design helps make this arguably the best air cooler for overclocking thanks to it’s sustained heat dissipation capacity.

Be quiet! lives up to their name with this heatsink, as it reaches a maximum noise level of only 21.9 dBA when under load. For most purposes, this means the fans are entirely silent, as most rooms have an ambient sound level that is higher than this. It’s also possible to mount a second fan to this heatsink with the included second mount for even greater cooling performance, but this will make it noisier depending on the fan you choose.

The Dark Rock coolers have always had a reputation for being incredibly difficult to install. The mounting brackets are awkward and have even been repeatedly redesigned by be quiet! to no effect. If you choose to use this in your system be prepared for a solid half hour of curse word slinging and knuckle busting.

If you’re looking for a budget-friendly CPU cooler that still offers solid performance, then the Hyper 212 Evo from Cooler Master is probably ideal for you. This cooler is the most affordable on our list by a significant margin but still offers enough performance to be suitable for gaming or other demanding tasks.

The way Cooler Master was able to achieve the cooling performance of the Hyper 212 while keeping the size and cost down is with their continuous direct contact heat pipe design. Most air coolers use a block of aluminum to absorb the CPU’s heat with heat pipes that run through the aluminum block to carry the heat up to the fins.

But, the Hyper 212 is designed with the heat pipes in direct contact with the surface of the processor rather than being embedded in an aluminum block, which allows for more efficient heat transfer. This design also makes it the best AM4 cooler thanks to its ability to make good contact with AMD’s wide CPU dies and transfer heat away from the numerous spread out cores.

This cooler can also be equipped with a second fan to further improve cooling performance. The included fan can get pretty loud when under load, but replacing it with a more silent fan, like one from Noctua, is always an option.

How to Pick the Best CPU Cooler for Your Needs

When you’re shopping for the best cooling system– whether that be best computer fan or water cooler– there are a handful of things you should be keeping in mind. In addition to the below, you should also be thinking about the space inside your case as well as the actual layout of your motherboard, since CPU coolers can get in the way.

The first thing to look at when it comes to shopping for a cooler is the thermal design power, or TDP. This is the exact amount of energy that the cooler is designed to dissipate in watts. Every CPU has a minimum TDP, but going higher is always desirable.

Most CPUs now have a boost clock, or a higher frequency they can reach if kept cool enough. As such, it is usually better to have a CPU cooler that has a higher TDP than your CPU demands. Additionally, excess TDP will lead to a longer life for the CPU and can even let you add some overclocking in if you’re interested in squeezing even more performance out of your chip.

Liquid cooling will always offer a substantially higher TDP than air cooling, so if you plan to overclock, we suggest going with something like the NZXT Kraken. The larger the radiator the better. A 360mm radiator will be able to keep even the most unruly of beasts in check.

For context, the i7 6700k in the system that is being used right now has a measly 120mm radiator but manages to sustain its 4.2Ghz boost clock even during extended gaming or rendering sessions.

While the rated thermal design power is obviously important, some people care more about having the quietest computer than the fastest. This can be especially true in things like media center computers where the workload won’t be too intense but noise would be very distracting.

The be quiet! Dark Rock 4 is by far the quietest cooler on our list when under load at a mere 21.4 decibels. This is quieter than any but the most secluded rooms in rural homes. If you have the AC running or are even just breathing you will likely drown out the minute amount of sound that this cooler makes, even while under load.

It’s also important to note that water coolers have a reputation for being very quiet as well. While on paper, the ones on our list look like they might not be very quiet, the sound level we have listed is for the fans running at full bore.

One of the advantages to water cooling is that water cooling is incredibly efficient, and in most cases, your fans won’t spin up all the way even when under a significant load. A fan running at low RPM pushing air across a radiator will provide about as much cooling as a fan spinning like mad blasting air across heat sink fins.

RPM, or Rotations Per Minute

Revolutions per minute, or RPM, is pretty much exactly what it sounds like. A measurement of how many times the fan blades and hub will make a full turn each minute. In general, higher RPM fans will push more air and produce more noise.

However, it is important not to over interpret this stat. In reality, fan performance is measured through static pressure, which is how hard the air is being pushed, and the total volume of air that is being pushed per minute. Getting into this is far outside the scope of this article though, but we will have an in depth fan guide up soon.

Also, the design of different coolers requires different types of fans. Water coolers have very dense fin arrays in their radiators, so fans with higher static pressure are needed to push the air through.

On the other hand, large heat sinks are easier to push air through, but need more air to pass over the less efficient fins in order to cool themselves properly. Just know that generally, higher RPMs mean higher performance, and can also mean more noise.