There are few topics in PC hardware as complex and misunderstood as cooling. And yet, it is incredibly important; the way that your PC is cooled will impact its performance, longevity, and noise levels. Unfortunately, not everyone knows how to adequately cool their PC, or what the differences are between the various methods of cooling out there.

Is liquid cooling worth it? Is air cooling enough for your PC? How do you even choose? 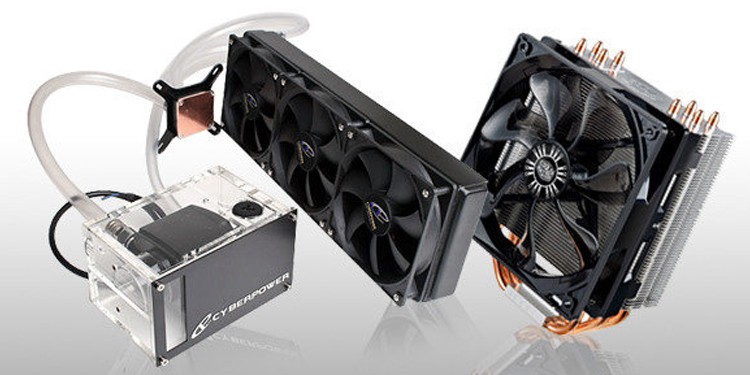 Before we determine the winner of liquid vs air cooling, we need to cover each of the cooling types.

Air cooling is the cheapest and most common cooling type. In this context, we’ll be referring to “air cooling” as coolers for individual components, rather than the system at large. (Even liquid cooling setups need radiators and intake fans, in the same way that air-cooled systems do.)

The main difference in air vs water cooling is the presence of a heatsink. The purpose of a heatsink is to dissipate heat, with or without a fan attached. Having a fan is usually best, though, as it will allow the heatsink to be directly cooled and help remove hot air from the chassis in question.

In general: the larger the heatsink and the more powerful the fan, the better the cooling performance. Liquid cooling actually works under a similar logic, which we’ll get to in a moment.

Closed-loop liquid cooling is achieved through the use of all-in-one (AIO) liquid coolers. These don’t require much extra setup for the users, just a place to mount the radiator. These radiators correspond to fan size and start at 120mm. Some radiators will be longer and take up more fan slots, but also provide better cooling performance in turn.

Any form of liquid cooling will be more expensive than air cooling, but this is where the price disparity starts. We’ll dive deeper into the performance differences later, but the same wisdom applies here. The more surface area (liquid and radiator) and fan strength, the better the overall cooling performance will be.

Last but certainly not least is custom loop liquid cooling. This is the most expensive and difficult setup to get running, especially for a first-timer. It also requires the most long-term maintenance, and the largest chassis to get working. In addition to setting up your own tubing, you’ll also need a dedicated pump and reservoir. Many setups will also employ multiple radiators.

What’s the difference between closed loop and custom loop? 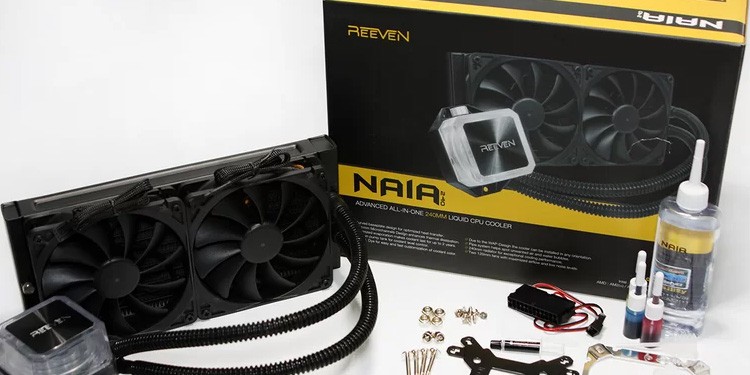 Two (technically three) will enter! One will leave!

To the surprise of absolutely no one, the battle of liquid vs air cooling is won by…

It’s true. Unless you’re using a custom loop setup, that is, which far exceed any air cooling setup in performance. (That’s what we meant earlier about why anyone would go to the trouble of a custom loop.)

But in terms of raw cooling performance, especially between a store-bought liquid cooler vs air cooler, the air cooler will come out on top. At least, so long as it has the appropriate heatsink and fan to work with.

The winner is air cooling for store-bought products. Liquid cooling only wins if you’re willing to do a custom loop.

Now, what about noise levels?

Liquid cooling wins… usually. The issue is, noise isn’t generated by a radiator or heatsink: it’s generated by a fan, which both of these need to function at peak performance. Fortunately, there are an ample amount of quiet PC fans on the market that you can use with either an air cooling or liquid cooling setup.

Liquid cooling still wins, though. That’s because you can run your fans lower while still achieving the same or better cooling performance when compared to an air cooler. As long as you’re willing to invest in high-quality fans, either method will work for keeping a quiet PC. If you want that extra edge, though, then go liquid.

Assuming you’re using the same fans and achieving the same temperatures, a water cooled vs air cooled system will be quieter.

This one is pretty clear-cut.

Air cooling wins in pretty much every way here. The cheapest AIO liquid cooling setups can cost as much as the best air coolers on the market. If price is your concern in this battle, then water cooling vs air cooling isn’t even a competition. Air cooling always wins.

This one is… a wee bit complicated.

For the sake of argument, let’s assume you want good cooling performance, in addition to a small size. This would dismiss abysmal coolers, like the Intel stock cooler, which is very low profile, but also kinda bad, especially once it has a few years under its belt.

In this case, liquid cooling wins. You can get an AIO setup that will only take up the space of about one 120mm fan inside your chassis (with the radiator), some tubing, and the very low-profile part that actually touches your CPU.

If you don’t have the room to mount even a small radiator, though, an air cooler with a proper heatsink may be the better option, especially if your PC is deep enough. 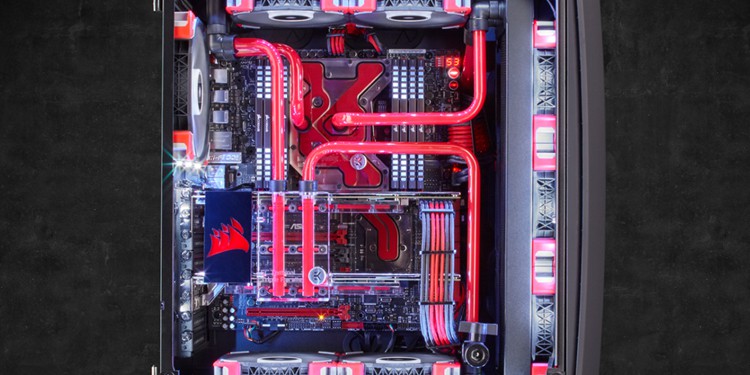 So…who wins? As always, the answer is… it depends. We’ll help you choose, though.

And, of course, there’s one reason to get a liquid cooling setup that we haven’t mentioned yet. Arguably the most important of all.

Another update to Windows 10