As you may or may not know, all of the parts of your computer work together to affect the outcome of your processes. The efficiency and condition of your hard drive can cause your computer to either run slowly or smoothly, depending on if there are any issues that need to be resolved. And each part of the hard drive serves a different function in order to help your computer run smoothly. Keep in mind that each part, while individual, is equally important to the functionality of your device. And certain features of your hard drive may be diagnosed when trying to figure out why your game isn’t running as smoothly as it should be.

What is a Hard Drive Cache? 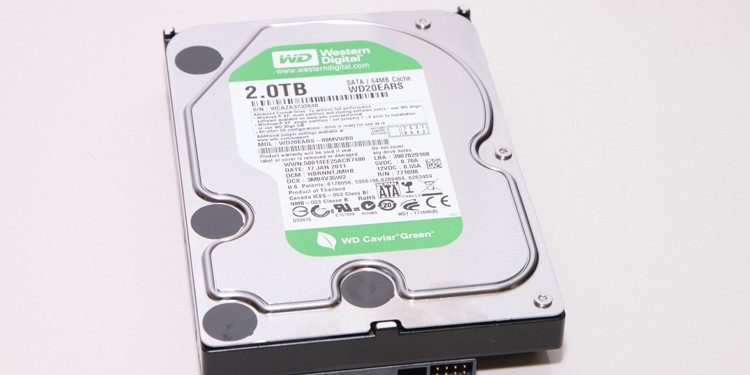 The hard drive cache is called a ‘buffer’ by some, as it is a literal buffer that works on your hard drive disk. Basically, it tries to serve and use temporary memory for your hard drive, as it simultaneously writes permanent storage notes on the spinning platters. In a way, the hard drive cache acts exactly like RAM, but it is made specifically for your hard drive rather than being a separate physical item. The reason the cache exists is because hard drives have small, microscopic controllers that help it process data and content in a certain way. It filters what goes in and out of the drive, much like kidneys filtering what goes in and out of the body. The cache is what works with these micro-controllers to hold on to memory temporarily as it is being processed permanently.

You may be familiar with the term “buffering” from YouTube. Have you ever tried to watch a video, and then it suddenly stops because it has to buffer? Typically, when the video slows down, it is because your connection is suddenly slow or poor, and the video player has to collect more data before it can play smoothly. This is the same process that occurs on the hard drive cache, which allows the drive to buffer while it processes data. And when you are playing your favorite video game, whether it’s a team fighting game or an open-world RPG, if you experience moments of lag or slowness, it is likely because the hard drive cache is buffering, and causing delays in the processing of your memory. 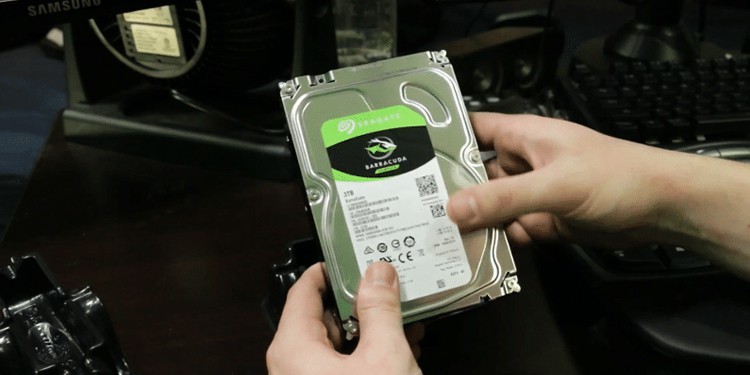 When your game loads, it’s loading from the files that already exist on your hard drive. This is the most noticeable problem of having a slow hard drive with a low cache. If you’ve ever been stuck in a lobby waiting for a map to load, this could be because someone’s hard drive is working on overdrive and isn’t going fast enough. That’s right – other people’s slow caches can affect you and your game time. Have you ever been in a round of League of Legends, and you are stuck in the loading screen before a match because one of your team members has extremely high ping? They are likely suffering from either a poor connection or a clunky hard drive, with an extremely low cache that is working overtime to buffer the game properly. This is why everybody’s load times are different depending on the type of hard drive they have, the condition it’s in, and the game they’re playing.

A big, multi-terabyte hard drive will prevent fragmentation, so this will increase load times in single player games. Finally, in an open world game, as well as some first-person shooters, the game will load the levels during game play. Think of a game like Skyrim: with a massive map like that, there’s no way you could load the entire map without maxing out your RAM. That’s why the map may only load a little bit at a time for you. So, when your computer is searching for files while you play, a slow hard drive can negatively impact these in-game load times.

Hard drive cache can also affect the graphics of your game. We bet you’ve seen games with massive frame-rate issues—where mountains just pop out of no where. This is especially common in the 64-bit era games. When you’re playing modern PC games, your system is running graphically intense programs and rendering massive amounts of visual data as you play. This is almost entirely done by your graphics card. If you’re experiencing graphics issues, that’s the first thing to trouble shoot. However, you’ll find that a slow hard drive—or an old hard drive that’s right on the cusp of crashing—is going to limit the graphical performance of your system as well. A faster hard drive cache, and a more reliable hard drive, is going to improve graphic qualities on your games. Sometimes, a replacement of your hard drive may be necessary to get your games running smoothly again. You deserve to have optimum performance and a lack of interruption for your games.

Open world games are increasingly popular in the big-studio games market. This is great for gamers who want a lot of choice in the way they play, but it’s incredibly intense for your rig to render these graphics on the fly. This can cause quite a bit of lag. Consider that your hard drive is pulling up files and rendering them constantly while you’re playing an open world game. Because of this, you need a reliable hard drive that has good cache size—then your drive can easily recall files that you’ve been using recently. Because an open world game has so many files to call, this is important when playing games with a giant map. Trying to load too much of the map at once may prove to be too much for your hard drive, and it may crash the game or even your whole computer entirely. 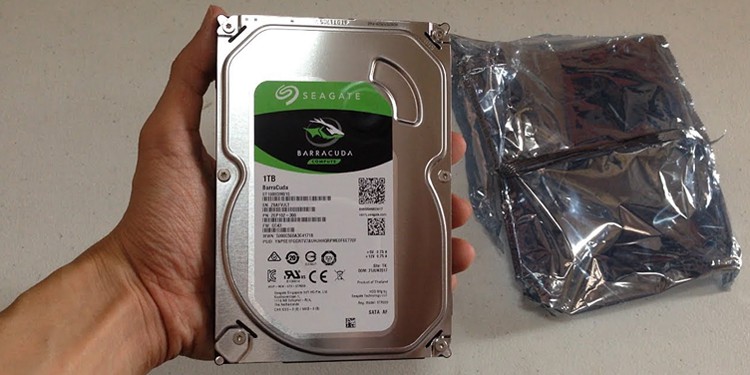 It can be hard to deal with the hard drive cache sometimes. Because for a lot of other non-gaming processes, it is essential to increasing the speed of your drive. You can improve on your functionality with a great cache. Hard drives are not naturally fast; in fact, they are most often the slowest part of your computer. Caching is what speeds it up. It almost lies to the rest of the computer, making it think that the memory is already written, while the rest of the hard drive works behind the scenes to write it permanently as fast as it can. Writing data takes a long time because the hard drive uses physical parts to write it. While most computer processes are done electronically and digitally, this one does use real physical methods to write on disks.

Cached data will be taken by the hard drive as it starts to write it. But instead of putting all of that data on its platters at once, it will tell the rest of the computer that the task is already done. This causes the computer to send even more data, which is cached and starts an entire new process. However, this is the most crucial element of caching, as it allows your computer to believe the process has already been completed so it can move on to the next task for you. Imagine if you had to wait for your hard drive to complete writing each and every piece of information you send to it before you can move on to the next thing. That would be a truly archaic system!

As you can see, the cache can help to minimize your wait times while rendering a map in your open-world games or while loading your framerate for your FPS team game. However, the cache isn’t always perfect. While the hard drive does its best to write all of the data down while your cache lies to the rest of your computer, sometimes it fails. This can happen if your computer is suddenly turned off. Then, your cache is no better than RAM, which will delete all of that volatile storage data and you’ll have to start completely over when you turn your computer back on. Obviously, cache size can help to avoid this issue. The bigger your cache is, the more smoothly it will run, and the better it will be at temporarily storing and holding on to data as your hard drive writes it. Just be sure not to turn off your computer!

Now, your cache size isn’t the only thing to consider if you want to improve the performance of your games. Your transfer rates affect the hard drive cache, so let’s take a look at those. There’s two metrics to consider: burst speed and read speed. Burst speed is the measurement demonstrating how long it takes data to be sent to your cache. Read speed is how long it takes for data to be written to the drive itself. For gaming, burst speed is going to affect how well your games perform because the faster your burst speed, the better your system will call the stored data from your hard drive. Read speed will affect how long it takes to install games and save files, but if you’re playing online, look for hard drives with a high burst speed.

Access time is another component of your hard drive that you should consider when choosing a model. It’s measured in milliseconds (ms) so you actually want this metric to be low—the fewer the milliseconds, the less time it takes for a task to be accomplished. Access speed measures how long it takes for your hard drive to seek the files needed—and usually clocks in between 10-15 ms. Remember, models with faster access speed will have a lower listed metric. 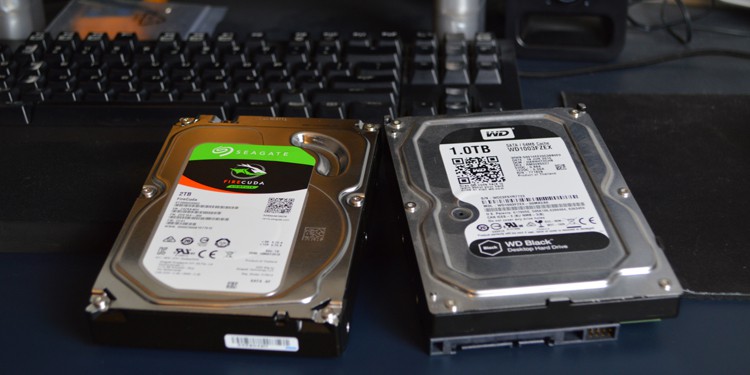 In conclusion, your hard drive cache is storing large files needed to play a game—it’s like a table with all your important files on it. The cache is like the RAM of the hard drive, holding information temporarily while your hard drive begins to write it permanently. You need a big table space to hold all of your files, though. The more table space, the better. This will improve performance in load times, cause less lag for your graphics and stop glitching in open world games. While you can’t do anything about a random teammate who may be suffering from some major cache issues, you can be assured that your own computer will be running smoothly and can load the team game as quickly as possible. Cache isn’t the only thing that contributes to your hard drive’s speed, though. Hard drive speed is also determined by burst speed, read speed, and access time. These three metrics determine how quickly your hard drive can access the files in the cache. When you’re building your own computer, make sure to consider the size of your hard drive’s cache and how fast it pulls up files.