In what I can only begin to bluster in the same way that a mother hearing her kid swear for the first time would do, Amazon’s Ring security camera and doorbell combination are only now implementing end-to-end encryption.

End-to-end encryption is coming to 13 of Ring’s products, with battery-powered options not even getting a whiff of the added security measures.

What is End-to-End Encryption?

End-to-end encryption is a method of security deployed by developers that effectively locks them out of your information so that only you and whoever else involved in the transferring of data or messages can see it.

Major apps like WhatsApp employ end-to-end encryption, leaving the discussions happening out of Facebook’s control. This means that if anyone was to request this data, they wouldn’t be able to access it without first acquiring your phone to see the messages, as Facebook can’t access them.

End-to-end encryption is vitally important in the advancements of technology, especially during an era where we’re constantly working around multiple corporations from accessing too much information about us.

It’s also a great way of steering away hackers and other bad agents online from attempting to access the data inside the encryption, while not perfect, is a great foil to many a budding criminal. 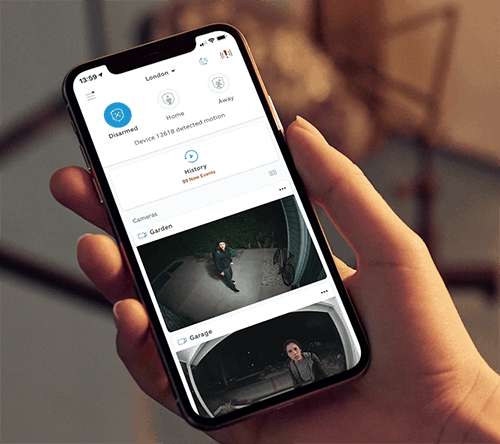 To make matters even more flabbergasting is that this is entirely optional and probably not even going to be used or seen by a majority of the customers, as it’ll be buried in the Advanced Settings and I can all but guarantee that Amazon won’t be surfacing this.

You’ll also be required to set up a password of all lower case characters, that if you forget the code, you will have to reset the entire device.

It also turns off features that people specifically buy the device for. Motion Verification and People-Only Mode are disabled, which as Security Boulevard have handily collected in a quote from a whitepaper by Amazon – lovely – they state that ‘Some of our users prefer the functionality trade-off for enhanced security and privacy.’

Other features that will be disabled are:

Security concerns were raised when a viral video depicted a young girl being harassed in her own home via a hacker’s invasion of the camera in her room. Further hacks happened throughout 2019, with 3600 users’ data leaked online, including addresses, passwords, and locations of the cameras.

Ring decided the best course of action was to blame the customer. It’ll still be a test of faith for Amazon to see if it stays true to its word and stops snooping on customers or even sending footage to the police.

Yes, Amazon and Ring have amassed a working partnership with (as of January 2021) 2014 different departments across fire and police services. This allows them to begin requesting video for investigations, including 22, 335 incidents all being part of the requests in 2020.

As pointed out by NBC, no, this hasn’t been useful at all.

As personal surveillance systems become more prevalent in our society, so too are racial profiling and stereotyping. Ring allows you to publish to Neighbours, an app designed to interconnect users in the local area to ensure safety. Another app, NextDoor, has already had incidents where an African-American man was seen as ‘suspicious’ because he rang the doorbell.

He was a real estate agent.

With the boiling over of tensions between police and their communities across the world, especially in America, where Amazon subsidizes their products in exchange for installations by the police (even coaching them on how to convince people to accept the device or hand over the footage), there’s more and more chance of actions taken against the community that is unwarranted due to the footage being misinterpreted or misused by law enforcement.

This is especially concerning as both evidence in America and England have proven that racial profiling is a cause for more pullovers and police searches over the rest of the community.

With end-to-end encryption being an optional and buried choice, with a presumed majority of Ring’s users never even glancing at the settings options to enable the privacy mode or if they do, not opting in because of the lack of features available to them, the ever-increasing eyes in the street and how they’re being utilised is alarming.