While Facebook has been dabbling in the video game streaming industry for a number of years now with a dedicated section created on the full site, as well as poaching some bigger named broadcasters from the likes of Twitch and Mixer. However, there’s always been a slight barrier in finding those broadcasters due to a convoluted search function and that dedicated section just not being clear enough. This, among other reasons, is why Facebook has decided to create a dedicated app. 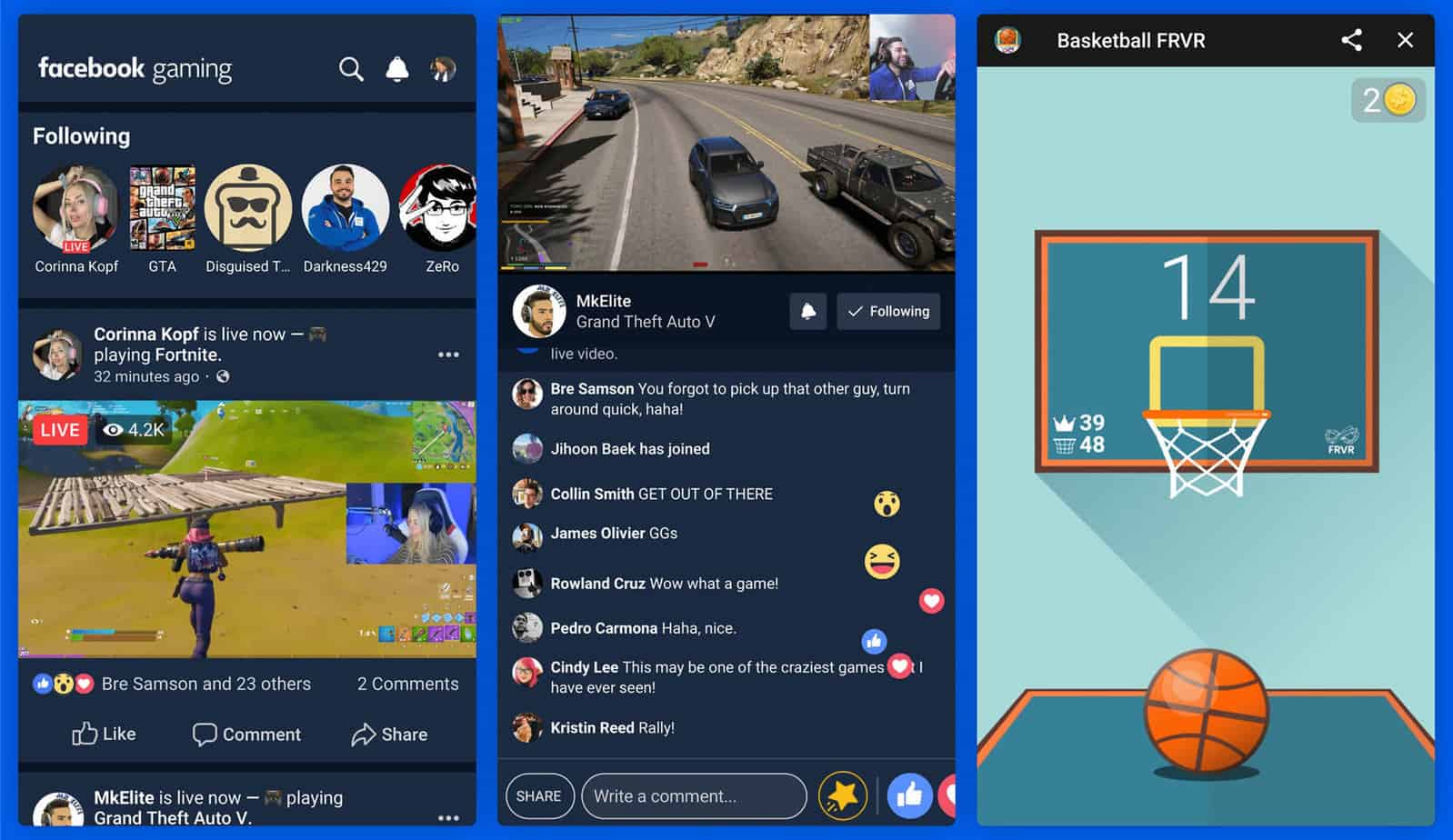 This standalone mobile app was initially slated for release in June but due to the current COVID-19 pandemic, Facebook has brought forward that release date making it available right now on the Google Play Store. The iOS version is on the horizon too, with Facebook only waiting on the day “Apples approves them”. Looking at the app more closely, it’s clear to see that Facebook has not changed the design formula, looking much like it’s closest competitors Twitch and Mixer. On the other hand, one of the big differentiators is the integration with the broadcaster’s Facebook page, allowing said broadcaster to stream to both avenues, attracting viewers from each. Furthering this, the ability to go live with mobile games you’re playing on that device is a step into the future and something that no other platform is currently offering. Facebook’s vice president for gaming, Vivek Sharma doubles down on this by saying:

“We don’t want to be the background window in a Chrome tab while someone is doing their homework or doing something else,” “With mobile, if you have the app open and you’re using the app, it’s in the foreground. You can’t do anything else on your mobile phone, and that is extremely powerful.” Enhancing the view that mobile gaming is a key route they want to pursue.

There is one downside to broadcasters though. Advertising is not currently enabled, therefore no revenue can be acquired via this method. The only revenue that can be obtained is through ‘stars’, Facebook’s take on Twitch’s ‘bits’. Will this deter people from streaming on the platform? I think not. With the dual-stream functionality, it’ll only extend their reach. This advertising rule is also only implemented at the moment and Facebook could change this later down the line when more users are acquired.

Could Facebook be fine-tuning their audience and going down the mobile gaming route? With that easy streaming from your mobile device, not requiring any additional hardware, it’ll certainly attract more mobile gaming broadcasters and in turn, more mobile gaming enthusiasts. This may be a gap in the market that Facebook needs to knock the bigger platforms off the top but it could also go the opposite way and put them on a slow decline. Time will tell!

How To Convert Pdf To Word On Mac

How To Format SSD

How To Convert Pdf To Word On Mac

How To Format SSD