Minecraft is big news at the moment. Not only has the beta for the new RTX version dropped, allowing gamers to experience block heaven in a whole new way (video card permitting), Microsoft and Mojang are also getting ready to set the latest Minecraft IP loose on the world.  The highly anticipated (certainly by me!) Minecraft Dungeons – a roguelike-esque romp set in the Minecraft world but playing a bit like a traditional Diablo-style RPG will soon be with us (after a slight coronavirus related delay). See, now you can’t wait either.

We have all got used to, pretty quickly, images of multiple faces in boxes on computer screens over the past six weeks and now the devs at Mojang have joined the party with the first episode of Ask Mojang at Home.

The Stockholm-based developer has had to transition staff to home working just as the majority of companies have but wanted to keep their popular Q&A series going so rounded up Chief Storyteller Lydia Winters to host a chat with Jens Bergensten (Chief Creative Officer) and Agnes Larsson (Lead Gameplay Developer). 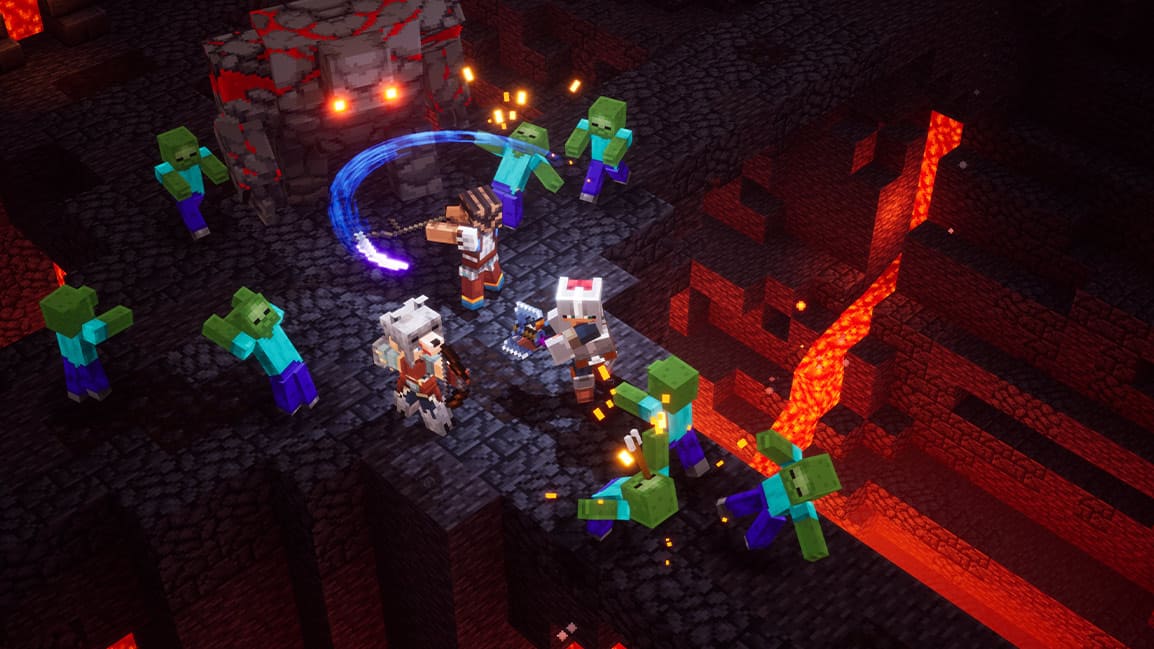 Besides going into detail about Minecraft Dungeons and revealing a few juicy new features, one of the most striking aspects of the conversation was the discussion around how Mojang has worked extra hard to keep their workforce feeling as though they are still together. The company has created a series of different chat rooms where, for example, the devs would all be in the same place and can chat away as ‘normal’ throughout the day.

Mojang also makes the links to these virtual rooms available to all staff so workers from other departments can come and go and pop in and say hi throughout the day.

There can be no doubting many people have the transition to home working arduous for the reasons they may not have expected, mainly the lack of social interaction, so Mojang’s solution is both smart and intuitive, allowing ideas to form organically without having to actively make a call to discuss things. It obviously works just like a virtual office.

The video has already been viewed almost 210,000 times in the first 19 hours, so it’s a good guess this won’t be the last episode we see.

You can watch the Home Edition of Ask Mojang below.

Is the iPhone 11 still worth it?

Is the iPhone 11 still worth it?