There is still something inherently cool about owning a projector. It’s still seen as a big-ticket item, a sign of a degree of coolness and wealth even. This is despite the fact you can get your hands on some really good budget offerings these days.

As good as your TV might be, there is nothing quite like watching something like Game of Thrones on a picture the size of your wall. In fact, many projectors throw an image perfectly well onto a light wall, especially if it’s a light gray, so you don’t even necessarily need a screen – just don’t try and project onto pattern wallpaper for that way lies a headache!

Obviously, at this price point, you are going to have to accept you will be foregoing the likes of 4K and some of the other niceties a couple of thousand will often get you, but for a cheap device, that you might even want to use outdoors in some cases for movie night, the projectors we are going to look at here are going to more than have you covered. 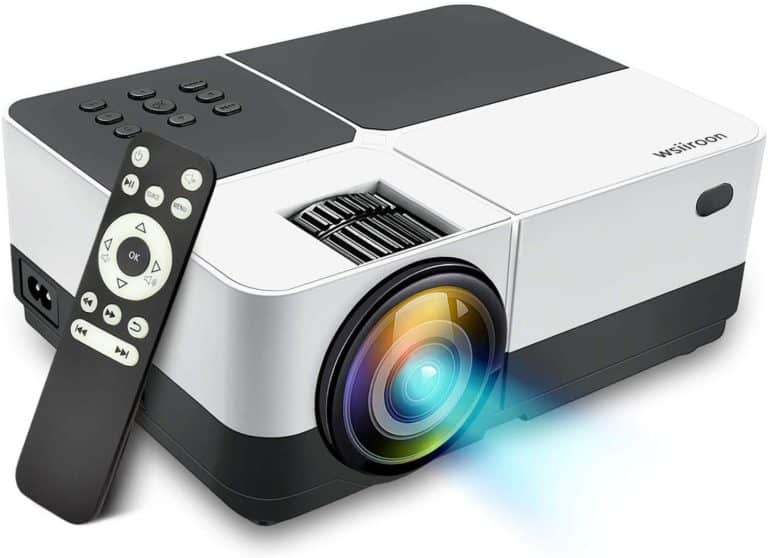 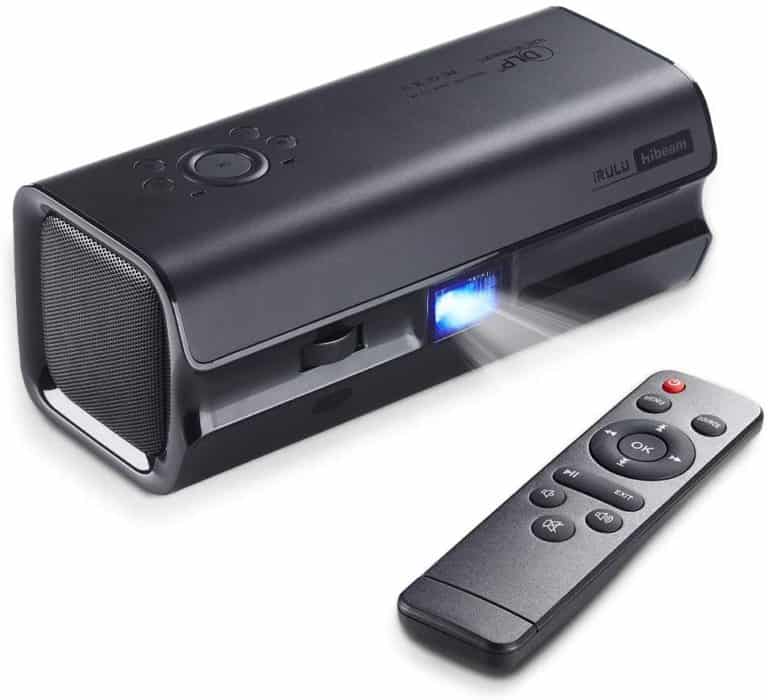 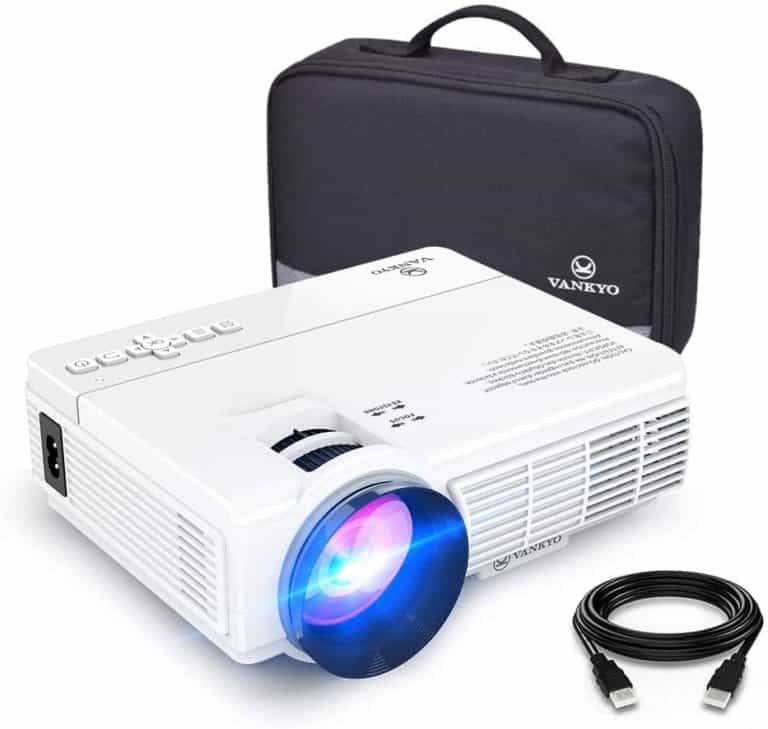 Well, for starters, the projectors needed to come in under a budget of $200 obviously. From there, we were looking for projectors that could give us an HD image. It’s not that long ago even this would have cost several hundred dollars more, but these days the HD tech is old news, so the price has dropped down dramatically. If a projector wasn’t HD, then it had to offer something else special, such as a great price.

Decent connections were an added bonus. We were certainly looking for an HDMI input where possible. We certainly weren’t bothered about built-in sound, as even on high-end these kinds of internal; speakers are usually worth next to nothing, and you won’t even find yourself using them.

We tested on both a flat grey wall and a cheap Duronic projector screen using a copy of Avatar streamed from Plex Media server over a gigabit ethernet connection. We choseAvatar because of its vibrant coloring and fast action scenes.

Not suitable for presentation work

If you though the budget projector market was missing a model that looked a bit like an inkjet printer, then you haven’t come across the Wsiiroon before. With a name that I am going to have to go back and check I have spelled correctly every time I use it, the Wsirooney (goddammit!) is a chunky black and white number that looks strong enough to stand on. Don’t do it by the way.

This time out, we can meet our HD requirement as the native resolution here is 1920×1080. The lamp is also much better than the Vankyo coming in at a rating of an impressive 3000 lumens.

Of course, we are paying considerably more for this model as it comes in closer to the $200 budget line, so we should be expecting better components.

Forty-five thousand hours of lamp life are yours, and the 2000:1 contrast ratio means you are better off darkening your room considerably before getting going if you want to see the HD in all its glory.

Unusually for this kind of price too, the built-in speaker is half-decent. It’s not Dolby Atmos, but it is decent enough to watch a film by should you be so inclined, so that’s less expense, less wires and less messing around during set-up.

Two fans keep everything cool, and it’s even rated for outside use, although we think it would have to be pretty dark before you got anywhere near the best from it.

Weirdly, and this is a quirk. The Wsiiroon isn’t suitable for Presentations by their own admissions, and that could be a deal-breaker if that’s what you are looking for.

Most expensive of the three

We are right on our $200 budget with this funky little box. If the last one looked like a printer, this offering looks more like a Bluetooth speaker.

Again, it is HD, and it might be that the style and smaller form-factor make it ideal for a gaming set-up. As you can probably see from the image, it is packing a serious speaker system, and again it sounds just fine if you don’t have decent audio equipment to hand. But our view remains, if you want the big screen experience there’s no point in spoiling with internal speakers.

The image the Irulu puts out is crisp, clean, and bright. You would be hard pushed to tell it was emanating from a budget projector; it can look that good in the right setting.

If I have to nit-pick, the fan is too loud for me. Comfortably the loudest here. If I was prepared to tinker, I’d look at cracking it up and replacing it with a silent Noctua unit, but most people aren’t going to be prepared to void their warranty like that.

Good picture in a darkened room

The remote control has no backlight, so in a dark room...well.

Right, we aren’t going to get projectors here made by companies you have heard of, but what you are going to get, and this being the perfect case in example, is quality, budget pieces of kit that will more than do a job for you until you get serious enough about getting a 4K one.

This mini projector actually comes in around the $100 mark so you could even get yourself a semi-decent screen to marry it up with.

It has ports for connecting HDMI, VGA, USB, and SD card, which should just about cover everything off. It even comes with cables to connect to the HDMI and VGA. Nice touch.

A lot of budget projectors suffer from having loud, cheap fans as a part inside, but this model actually has a low-noise fan that doesn’t affect the ambiance while you are watch movies and the like.

There is also a carry bag included in the deal, which means you don’t have to worry about transporting it around.

Now to the lamp. Lamps are the single reason you will throw a projector away at this cost because the cost of replacing a lamp is often getting on for the cost of the unit itself. The lamp here is good for 40,000 so you should get through all the Star Wars movies a fair few times.

Regarding quality, it’s a budget lamp in a budget projector. It is rated at 220 LUX with a contrast ratio of 2000:1, and its throw (distance it projects) is between 33 and 170 inches.

In the test, it performed well in total darkness, but when a bit of room light is involved the weaker lamp begins to struggle. Still, for the price, it’s amazing.

No, well, yes. Well no. You don’t “need” a screen, but if you want to bring out the best in contrast and colors, then a screen will make a massive difference. You can buy cheap ones from companies like Duronic that just velcro to the wall. Even they improve a picture, just make sure you get one that will suit your aspect ratio, or you will find some of your image will overlap the black border.

You can spend more and get ones that roll up and down, even motorized ones that do it at the flick of a switch, but when your projector is in this price range it’s not worth it. Get a cheap roll up one and try and leave it stuck to the wall.

The other main thing to consider is where you are going to place your projector. This is much more of a consideration if you are limited with space as all projectors have a ‘throw distance’ that is the minimum they need to be away from the wall or screen. The closer they are the smaller the image will be. Moving them further back allows them to project a larger screen size.

You can buy what are called short-throw projectors which can be much closer, but these are expensive.

Perhaps not so much a consideration in this price range, but the best way to not worry about room size and positioning and therefore knocking it over is to ceiling mount it for that ultimate home theatre vibe.

Generally, the way mounts work is that the projector attaches upside down, so make sure you get a projector that is capable of flipping the image, or you will be standing on your head for the length of your movie.

How long will my lamp last?

Generally, you will get a projector that gives you a time of around the 40k hours mark. Will they last that long, maybe. What I have tended to find, even with more expensive projectors, is that other parts tend to start packing in long before the lamp goes.

I have had a couple of Optoma DLP units now that started getting increasing numbers of white pixels on the display as the DMD chip inside failed, often due to the heat. Cost of replacement? About $500, More eco-waste it is then.

This is annoying as the method they use to make it sound like it will last forever isn’t what will fail. Still, if you are buying a projector in this price range, you probably wouldn’t be looking to repair it anyway.

For me, I’m choosing the Wsiiroon here. It’s cheaper than the Irulu and certainly seems to be on a par feature-wise. Yes, it looks like a printer, and perhaps the built-in speaker doesn’t sound as good, but we wouldn’t recommend sticking with that anyway. And should you fancy an outdoor movie night, you can even use it outdoors, making that camping trip potentially even more fun (by forgetting you are camping).