Home Tips What is Google Cast? – A Definitive Guide to Google Chromecast

What is Google Cast? – A Definitive Guide to Google Chromecast

by Brian Stone
in Tips

Conception of the Google Cast

In July 2013, Google announced a small dongle that gave you access to multiple streaming services over your television, and labelled it as Google Chromecast. Powered by a USB cable, Chromecast is connected to your TV or any A/V receiver over HDMI port and uses either a smartphone or a computer as a remote control. Basically a digital remote control but there’s much more to Google cast than just being a remote controller. With the Google Chromecast came Google Cast Software Development Kit, or SDK for short, which was the underlying technology that contained API libraries and sample codes to help developer’s applications be visible on the big TVs. Chrome on Windows and Mac OS X is supported and you can use Chromecast to mirror screens or cast content, through Google Chrome’s “Cast…” option, over to your Chromecast connected TV. And newer versions of the Chromebook also have its support built in them. 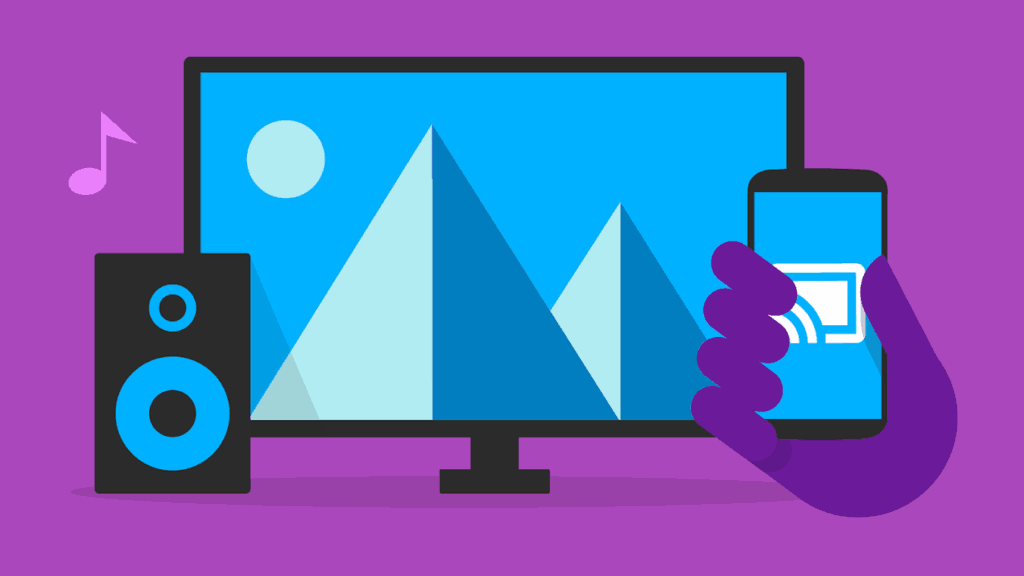 What happened to Google Cast? (the Chrome Extension)

Through the years and since the dawn of the first generation Chromecast, Google Cast too has received a number of updates, libraries and more that have made it much more friendly to third-party developers. In 2013, it became available to developers and allowed them to have their iOS, Android and Chrome apps to be extended over to TV sets. As Chromecast received updates, Google too kept improving the API for Google Cast. Based on the feedback of content partners and developers, Google has improved and provided a consistent API for all supported platforms to “Cast-enable” these apps. With the announcement of the latest Version 3, several complexities of the previous versions have been revamped so that developers no longer need to skewer through huge blocks of code. With several popular (and not so popular) apps being Cast-enabled via the inauguration of the Cast Version 3, it has now become a rarity that you will not see the Cast widget logo on top when using your apps.

For Chrome, Google Cast was released as an extension that needed to be installed. Your favorite show on Netflix or watching event pictures with a family, Cast allowed you to view anything from the web directly over to your TV. With the help of feedback from the users and other advancements in technology and updates, Cast streaming is easy and immensely popular now.

As of 2016, Google Cast has been fully built into Chrome now and can be used without needing to install anything else. Cast-enabled websites will have the Cast icon visible on to your screen when your device and Chromecast (or any other Cast device) are connected to the same device. Once you click it, you’ll see a dropdown menu which will let you choose, from a list of Cast enabled devices, to which you can have your content streamed. These devices need not just be a TV set. Along with the standard all-in-one Chromecast, there is also a Chromecast Audio available for the interested folks. Therefore, if you have a set of Cast speakers, you can have them be your medium as well.

Occasionally, you may find some websites here and there that are not yet Cast enabled. They too can be viewed over to your device by selecting the “Cast…” dialogue button in the control menu of Google Chrome. With Cast being fully built in to Chrome now, there are more options and ways available in which you can put Cast to the best of use. While on a video call with several friends on Google Hangouts, you can share desired content with participants of the call with ease as well, provided your computer and Chromecast are connected to the same device. Similarly, Google Cast for Education is another extension that you can download for Chrome. It allows students and teachers to share audio and video over Wi-Fi from anywhere. It creates a very user-friendly and easy virtual classroom environment that benefits both the teachers and students.

We all know by now that all Google products have a shared ecosystem around which they revolve. Since its launch, Google has been working and releasing more and more updates to make Casting be better than ever before. Not just your online but entertainment life has been simplified and it will keep getting better. There are different versions of Chromecast, each with their own benefits and price tags, that you can invest in. For starters, there is the basic Chromecast having had over 55 million sales and costing just $35. Other than that, there is the Chromecast Ultra which is a must have for the folks with a 4K TV. It will set you back $69 but the purchase is definitely worth it. And Chromecast Audio works like a portable HUB for DJs. Anyone on the same WiFi can connect to Chromecast Audio and blast the speakers with the tunes they wish to hear. 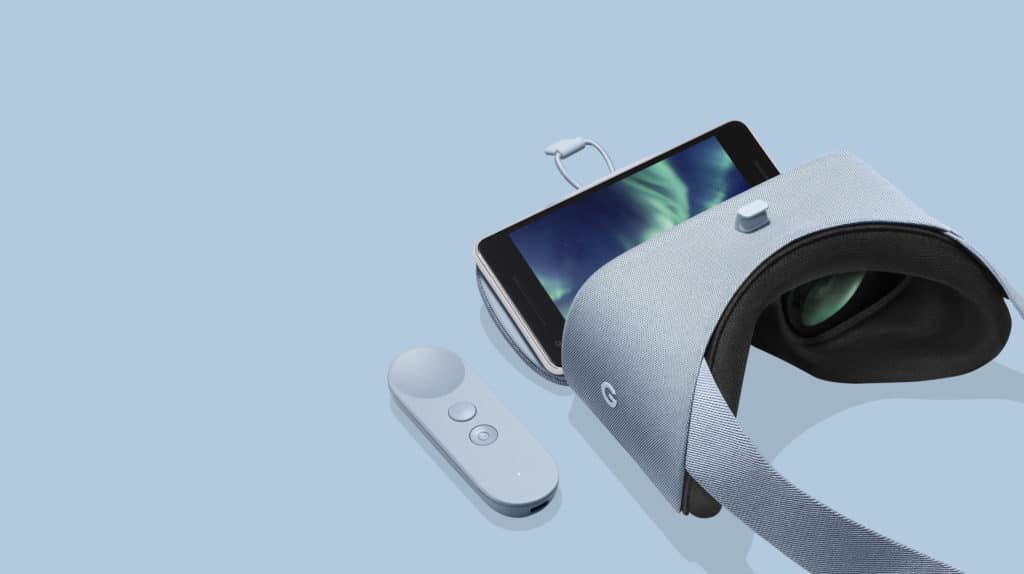 With such a versatile and dynamic device that the Chromecast is, there are a number of ways through which it can impact your home and office productivity in a positive way. Through the ability of Chromecast being able to cast your entire desktop onto the big screen, the uses can be numerous. If you can find the right fit, it will become much more than just a means of projecting Youtube videos and actually work around to increase your work efficiency.

Apart from the obvious and most commonly uses for Chromecast is using it for demonstrations and/or presentations. As discussed earlier, the Cast SDK with its release of Version 3 now has a fairly ease process of integrating it into third party APIs. Therefore, the list of Cast enabled websites and apps is growing readily everyday. Imagine sitting in a conference room with people awaiting your presentation on an important topic. With the ease of use that the Chromecast provides, you no longer need to worry about operation and handling of the slides. Simply upload your presentation to any platform, such as Dropbox, and pair your phone or laptop with the Cast enabled TV via the Chromecast. After that, all you’ll have to do is focus on just the talk that you need to deliver. And if the environment and target audience is correct, they might even be impressed with how you’ve chosen to tackle this.

The Cast for Education is an entirely free extension for Chrome that may very well be what the teachers looking to keep their student audience intrigued are looking for. There are many studies and researches that have shown how creative and intuitive ways of studying and teaching help stimulate the minds of both the educator and the student. But, how does Cast play into this creativeness? Apart from Cast for Education, there are a number of apps intended to alleviate the process of learning and teaching from a boring, tedious task to a fun and interactive session. Apart from Cast for Education, Kahoot is a famous and extensively used example of that.

The Google Cast for Education extension allows students and teachers to share a mutual screen wirelessly in the classroom from wherever. The benefits that come with this can go both ways. To set up the connection, the teacher sets up Cast for Education on their computer and then invites students so that they can cast their screens onto the teachers computer. Then, the teacher has the power to project the screen of the students onto the class projector and make it visible for everyone to see. In a classroom with many students, a number of problems arise where communication is the primary one. Now, imagine a room where if a student asks a question, their screen is visible to not just themselves but to all the other students and teachers at the same time. Others too can learn something they might not have thought of or perhaps give an input which can be beneficial. The limitations are very few compared to the benefits which are far, far more.

Before heading into it and start grinding PUBG mobile to climb the ranking ladder, you really ought to know some stuff. There is a differencing in mirroring and casting. Casting is, well what you’ve been reading so far about Chromecast and Cast. Mirroring does the same thing really, but there is a difference in performance. Google’s Chromecast setup hooks on to your TV via an HDMI connection and then connects wirelessly to a device with a shared network. Chromecast then downloads the content from the source (which can be a phone, tablet or a laptop) and casts it wirelessly onto the TV. Media players that support casting make use of the Cast SDK and use good compression and encoders to make the casting as free from delay and lag as possible.

Extending the same concept to casting games and you can understand why some games work seamlessly whereas others lag. The cast enabled games make use of similar concepts and are able to cast games onto the big screens without any delays. Mirroring, on the other hand, might not be perfectly ideal. There is quite a lot of input delay even when playing offline games. For instance, if you’re playing Super Mario from your laptop and streaming it onto your TV via a Chromecast. You will notice that the input delay can cause Mario to jump up, at the very least, 1.5 seconds after you press the button.

With Chromecast, you’re no longer bound to that restriction. Samsung’s Gear VR, Oculus Quest and Oculus Go both support connectivity with Chromecast now. Your smartphone is used as a medium to cast the videos onto your TV so you will need that too. Have these and your Chromecast connected over the same network connection and you’re all set. Along with some horror games, there are a number of fun and interactive games to play as well. Super Hot, a very widely sold and positively received game has a VR version as well. It is fun to not just throw guns and dodge bullets yourself but others can enjoy watching you do it too and perhaps, take turns clearing levels. The possibilities lie entirely in your hands.

Most Popular on PCGuide's Blog:

Brian Stone has always been around computers since he was 8. After discovering he had a burning interest in computers, he aims to help the entire community of gamers by dedicating his time and life to help gamers and computer enthusiasts alike. Through his work, he wishes to help readers choose the best products and make the smartest investments.