VR on the cheap! 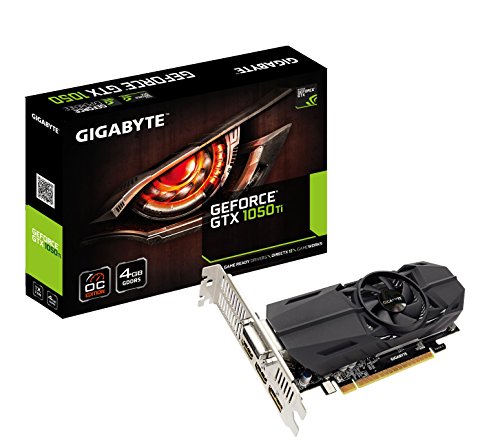 VR is one of the fastest-growing parts of the tech industry and offers one of the most unique experiences possible.

Whether it be for art exhibitions, immersive experiences, military training, or just good old-fashioned gaming, VR has revolutionized how we see and experience the digital world, allowing us to actually live in it from a first-person perspective.

When it comes to VR, performance is one of the key areas in which things are constantly improving. The quality of the hardware itself as well as the games and media being made for it are constantly changing and developing to push the boundaries of what is possible and bring newer, ever more immersive experiences to gamers and other VR users.

Up until recently, VR came with quite hefty performance requirements that have made it quite difficult for VR to break out into the mainstream. A lot of systems simply don’t have the grunt to render efficiently.

There were also issues with optimization and all of this is still a problem in some capacity, and are the natural teething problems that come with any brand new hardware, especially one so revolutionary and unique.

However things are improving at a rapid rate, and all of the main players in the VR space are competing for dominance over an industry that is immature and set to explode in popularity eventually.

The ability for smaller, less powerful GPUs to run VR headsets and games is one of the most important hurdles that need to be overcome in order to help VR reach more users.

Cards like the small but mighty 1050ti are the perfect blend of performance and value, and making it possible for these cards to run VR is important to seeing player numbers grow.

Luckily, cards such as the 1050ti are officially rated as the minimum spec for some VR headsets, such as those made by Oculus. This means that the 1050ti is able to run VR, at least on Oculus systems, and this will allow you to finally enjoy the wonders of VR without needing the most expensive systems and hardware.

However, there is a caveat. While the 1050ti is rated as capable of running VR on Oculus systems your mileage may differ on other headsets, especially headsets that have a higher resolution or require more power in order to deliver a great experience.

This is because the 1050 ti is on the lower end of the performance spectrum in terms of graphics cards, which means that it simply doesn’t have the power needed to deliver smooth performance on more demanding displays.

It may still be possible to use these headsets with the 1050ti, but the performance may be prohibitively poor.

A further caveat is that the 1050ti won’t be suitable for use with all headsets from other brands, just because it has been rated as suitable for Oculus’ own minimum spec. For example, HTC’s line of VR headsets doesn’t include the 1050 ti as the minimum spec, meaning that these headsets won’t work very well, if at all, with the 1050ti.

This is part of the issue with VR.

While it is improving, and developments continue to be made at pace, there are few options for lower performance graphics cards to take advantage of.

This is made even more difficult by the release of the Oculus Quest, an all-in-one VR headset that totally removes the need for a computer altogether.

The on-the-go, untethered nature of the Quest and its ability to handle a lot of signature VR games and experiences has made it somewhat less likely for lower-end graphics cards to receive much love in terms of optimizations, and the trends seem to be splitting between lightweight all in one mobile headset that doesn’t require a PC to tether to, or high-performance VR headsets that provide a truly amazing experience and stunning graphical quality, requiring far more powerful graphics cards such as the 1070, 1080, 20 series and 30 series cards.

The other thing to note is that while the 1050ti does meet the Oculus minimum spec, meaning it is capable of running games on Oculus, this doesn’t mean the experience will be very satisfying.

The minimum spec is just this, the absolute lowest performance that is capable of running the VR system. This means that performance will be a little less satisfying and smooth than experiencing VR on a more powerful graphics card.

The minimum spec will likely see users experience stutter, lag, and low graphical fidelity on even the more basic and well-optimized games and software.

This is the compromise between value and performance that is still being worked out in VR, and no definitive solution has managed to fully satisfy the unique challenges VR comes with.

Luckily, there are a lot of VR games out there that don’t rely on complexity to be fun and use the unique capabilities of VR itself to create amazing experiences.

This is where gaming on the 1050ti in VR is best, using games such as Beatsaber which are relatively simple but extremely fun, without putting an enormous amount of strain on your graphics card and system.

There are other great options too, such as Superhot VR which runs well even using the 1050ti, and some users even report Fallout 4 VR working perfectly well on this card.

Bigger games such as Onward or Blade and Sorcery may lead to occasional issues or games such as Half-Life Alyx which really push the boundaries of quality and fidelity.

The bottom line, however, is that a 1050 ti IS capable of running VR, which is great news for gamers who want to get a chance to learn about this newest frontier in gaming.

If you go into it with reasonable expectations of what your card can handle and seek out games that are well optimized and that are within the recommended specifications you will undoubtedly have some of the best fun possible, no less enjoyable than if you were using a far more powerful graphics card.