VRChat is a highly popular free-to-play game for people who own a VR headset. A unique feature of this game is the trust system that’s been put in place. This is to keep players safe from other nuisance users who could use methods to negatively impact your user experience. This could include people who use loud sounds or loud microphones, who use malicious virtual effects, use screen-space shaders, and the like.

How the trust system works in VRchat is that you gradually level up through the trust ranks by adding friends, playing the game, and uploading content. You have to have a rank of New User in order to upload worlds and avatars to VRChat, which is mainly to prevent any unwanted spam. Those who want to level up from Visitor all the way up to Trusted User may feel disheartened if you’re not entirely sure how to do so.

But there’s no need to worry! Today we’re going to cover how to become a Trusted User in VRchat so that you can do everything you want to do in the game. 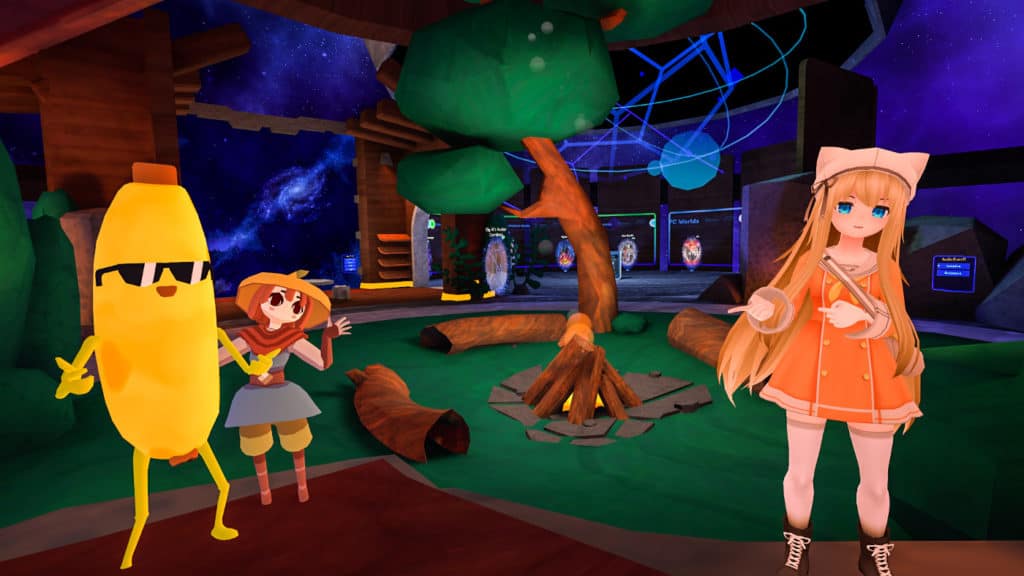 How to rank up in VRchat

First, we need to take a look at the ranks available to players. They are as follows:

When you first start out in VRchat, you’re ranked as Visitor. Generally, you will stay in the Visitor rank for the first 12 hours or so of in-game time. When you rank up to New User, you can then start to upload your own avatars and worlds to VRchat.

The User rank is just another stage on your way to the higher ranks. The Known User rank doesn’t differ from the green rank, apart from the fact that you then have the ability to hide your rank from other users and appear as a User to other players.

The much coveted Trusted User is the highest rank that you can achieve in VRchat. And it could take you much longer than you think to achieve it! It’s estimated that you’ll have to play VRchat frequently for as much as a whole year before you can get Trusted User.

So how can you cut down on the time it takes to reach Trusted User? Grafting is the answer! You can level up through the various ranks by adding friends, uploading content, and of course by simply playing the game. As long as you play VRchat regularly, you should have no issues working your way through the ranks, right up to Trusted User.

You should also be mindful of the fact that you can also be leveled down through the ranks if you lose trust from other users. This could be from people unfriending you, blocking you, or getting reported for unfriendly behavior by multiple players. If you incur a range of infractions within a short period of time, there’s even an automatic de-rank system in place to protect other users.

There is even a dreaded Nuisance User rank which is ranked below Visitor. This marks the user in dark gray, and for the majority of the time, these users are blocked automatically. You’re unlikely to see them around often. Nuisance User rank is granted by achieving too many infractions while in the Visitor or New User ranks in short space of time.

There’s no need to panic if you’ve found that you’ve dropped down a rank from where you want to be. It is possible to rank back up again. It just might take you a little bit longer to reach that Trusted Rank!

How long do you have to play VRchat to be a Trusted User?

So as we now know, you have to be a pretty dedicated VRchat user to achieve the rank of Trusted User. It’s estimated that you’ll have to play VRchat frequently for as much as a year before you can achieve the rank that you’re after.

It’s also important to note that playing VRchat frequently will mean that you have to actively be playing the game. You can’t simply set the game up and leave your control and headset alone, or be ‘away from keyboard’ as it’s so often dubbed. You will need to be actually playing the game and earning that in-game time so that you can rank up faster.

How many hours do you need in VRchat to upload avatars?

One of the best things about the VRchat game is that you can use a ton of custom content. However, it can be frustrating when you’re new to the game, as you have to wait until you’ve ranked up to New User before you can upload anything. This is of course to protect users from spam, but it can be irritating when all you want to do is use your custom content such as an avatar.

It usually takes between 12 to 24 in-game hours before you can upload your own avatar or worlds. This isn’t just logging into a world and leaving your headset and controller alone, either – you have to actively participate in the game. Another great way to speed this process up is to be friendly and interact with other players.