The HTC Vive has been on the market for a few years now. Let’s find out a whole lot more about who makes it, is it any good, and whether you should pick one up to for yourself.

What Is The HTC Vive?

The HTC Vive is a fully immersive virtual reality headset. When you wear the headset, you are basically visually taken to a new virtual world. As you turn your head to look around this virtual world, the landscape changes accordingly.

Instead of playing games on a screen in front of you, you are fully immersed in the game’s world. You are not moving a character around, you are moving yourself. And it works a full 360 degrees around you too.

With the HTC Vive you get stunning, realistic high-end graphics and directional audio. Words fail to describe it to be honest with you!

But what really makes HTC Vive stand out is how safe it is to use in a closed room environment. It has a special Chaperone system that warns you when you reach the boundaries of your play area.

And if you should ever need it, you can press a button on the headset’s front-facing camera to give you a glimpse of the real-world. So, you’re not going to bump into everything in the room!

If you go for the entire HTC Vive System, you don’t just get the headset, but you also get 2 wireless controllers, 2 base stations, a link box, and all the cables and chargers you need.

However, there are several other compatible accessories that you can buy if you so wish, namely the Vive Tracker, the Vive Wireless Adapter, and the Vive Deluxe Audio Strap.

Who Makes The HTC Vive?

As you may have guessed, the HTC Vive virtual reality system was manufactured by HTC. But HTC did not achieve this alone, they used technology put together by another company called Valve.

HTC is a consumer electronics company based in Taiwan. It began in designing and manufacturing laptop computers before branching out to make smartphones, including the first smartphones to offer the Android operating system. In 2016, HTC diversified its product offering yet again to manufacture the virtual reality platform known as HTC Vive.

The Valve Corporation is responsible for the development of the gaming platform known as Steam, which accounts for a very significant portion of digital PC games even to this day.

In the 2010s, the Valve Corporation began to turn its attention to gaming hardware and this era saw the launch of the Valve Index virtual reality headsets, and together with HTC the HTC Vive VR system.

And now many games designed to be played on HTC Vive can be bought and played on Valve Corporation’s own gaming platform Steam, where there are over 1500 games that can be played on SteamVR.

Where To Get HTC Vive

We are pleased to report that HTC Vive is very easy to get hold of and is readily available on Amazon.com via this link.

And if you use the link provided to get to the product page, you will find a handy FAQ section which will help you decide which of these options is best for you.

If you buy via this link, you also get 2 months worth of unlimited VR play of over 700 games and apps. Not bad hey?

There are several benefits to buying through Amazon. Not least of which is the very speedy delivery. And very often such delivery is free of charge.

An additional benefit of buying through Amazon is that it is possible to pay for such big ticket items in small interest free installments. However, this does require approval for the Amazon Rewards Visa Card.

Sometimes you are able to buy brand-new headsets and accessories via Amazon, and other times you may be able to catch a great deal by buying a headset that has been used before but still remains in excellent condition. This is a great way to get a top quality headset at a bargain, affordable price.

Please be sure to buy your HTC Vive VR headset sooner rather than later before Amazon runs out of stock, which I can assure you can happen – it’s been flying off the shelves.

What Comes With The HTC Vive?

If you go for the entire HTC Vive System, you don’t just get the headset, but you also get 2 wireless controllers, 2 base stations, a link box, and all the cables and chargers you need.

However, there are several other compatible accessories that you can buy if you so wish, namely the Vive Tracker, the Vive Wireless Adapter, and the Vive Deluxe Audio Strap.

What Is The HTC Vive Compatible With?

In order to run HTC Vive, you will need a PC with the following specs:

As for what games the HTC Vive is compatible with, your first port of call should be Viveport. It has a huge selection of HTC Vive compatible games across a wide range of genres. It even features games that are free to play. 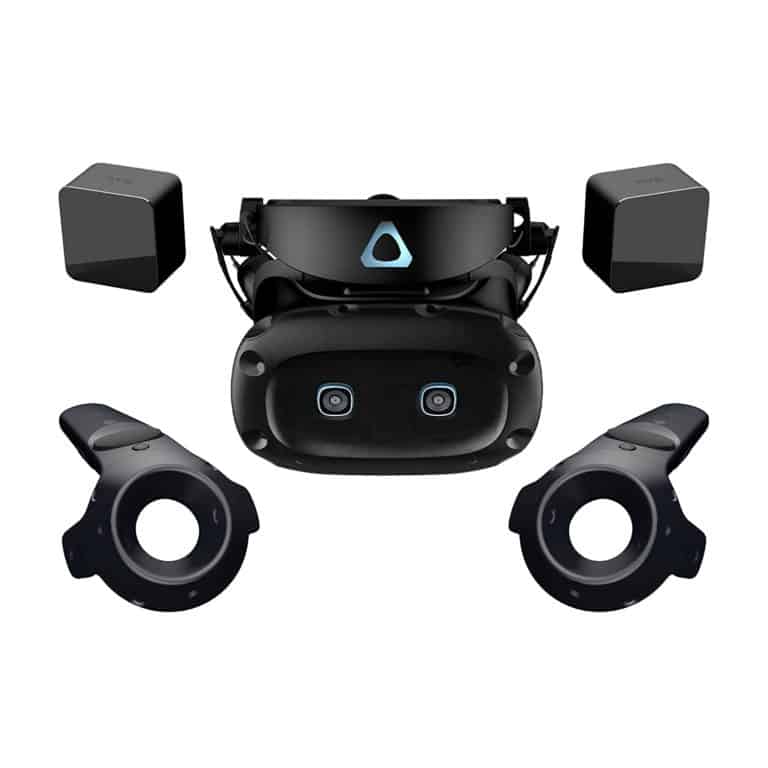 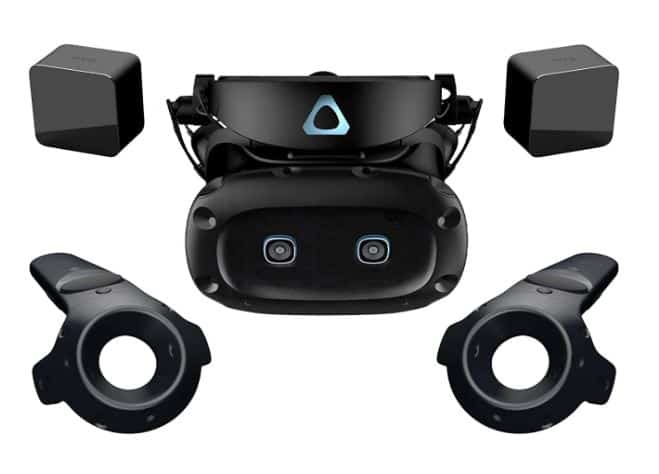 How Many HTC Vives Have Been Sold?

How Many HTC Vives Have Been Sold?