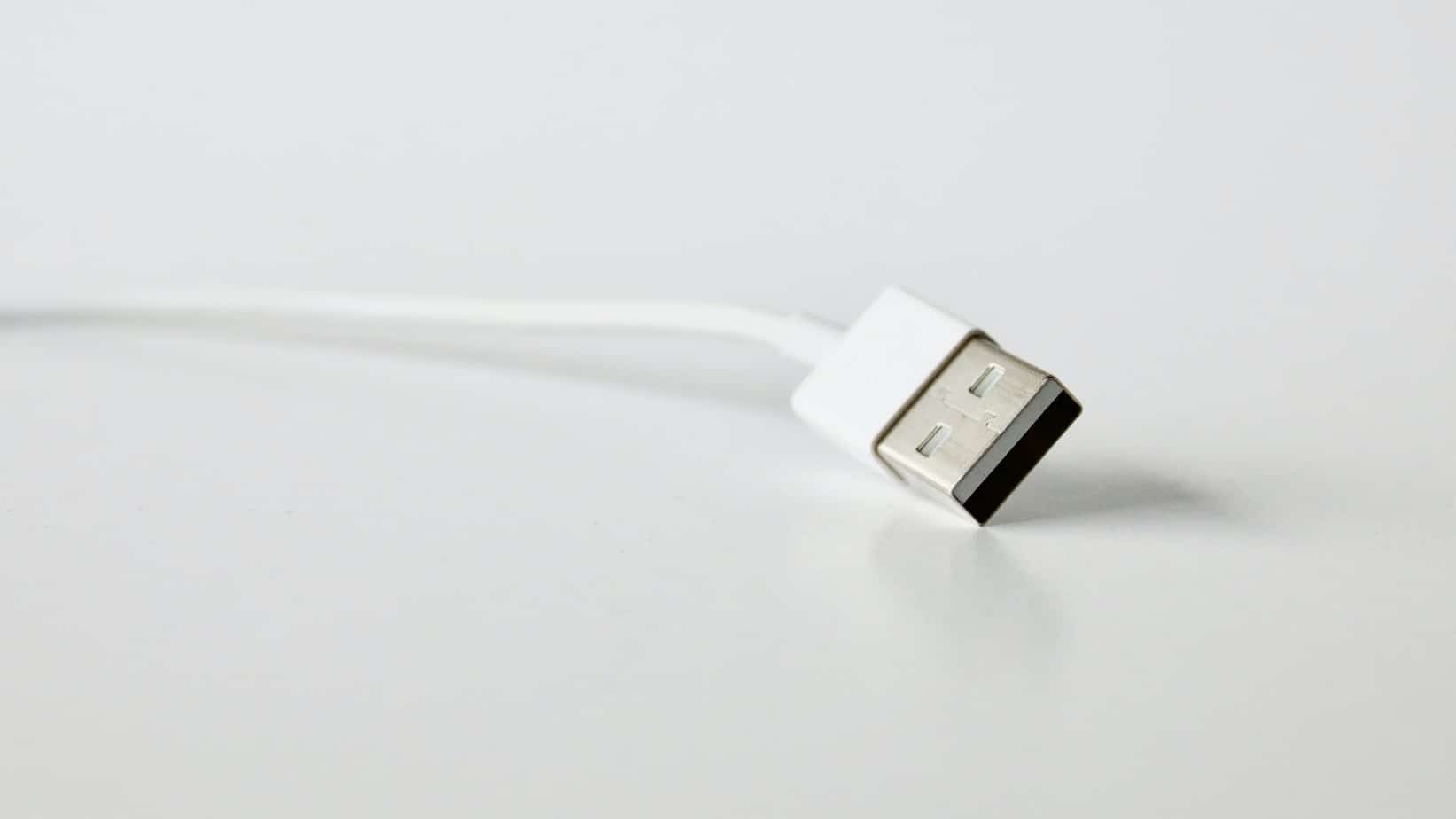 Oculus Quest 2 comes with a USB-C charging cable, but it’s not really long enough to charge as users have a good session on BeatSaber. It’s possible to gain access to Oculus Rift, Steam VR, and other tethered experiences without investing in more expensive hardware. The issue is users will need to be tethered to a VR-capable gaming laptop or PC to achieve this.

This buyer’s guide is aimed at Oculus Quest 2 users who are looking for the best Oculus Quest 2 link cable alternatives. Don’t worry about the terminology, they are simply high-quality USB-A to USB-C cables that will stand the wear and tear of constant movement whilst staying plugged in. 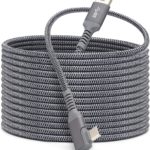 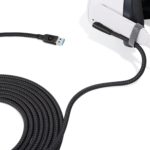 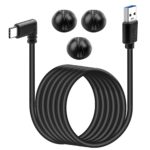 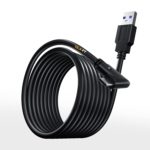 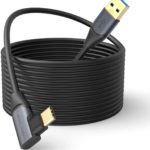 A brief history of Oculus

Palmer Luckey coined, designed, and built the concept for Oculus Rift and Oculus Touch controllers back in 2012. Luckey served as a head-mounted display (HMD) designer at the University of Southern California Institute for Creative Technologies back then. He has also built up a considerable reputation in his field, as well as being an avid collector of HMDs. In fact, he held the biggest collection of HMDs in the world at the time.

Once Luckey had enough knowledge and preparation for his Oculus mission, Luckey took to Kickstarter with the campaign name ‘Oculus – Step into the game’. It was a hit, raising over $2.4 million dollars with has considerably more than the original $250,000 target. This allowed Oculus to release not one but two developers ‘pre-production’ models whilst looking into how Oculus could be refined and developed further before the finished product was released.

By March 2014, Luckey had founded Oculus VR with Brendan Irbe, Michael Antonov, Nate Mitchell, and Andrew Scott Reisse. They had also attracted some big attention in the technology market which lead to a colossal $2.3 billion acquisition deal from Facebook Inc. Talk about a crazy couple of years!

Facebook turned out to be one of the best things to happen to Oculus in the long term. Looking to laser focus in-house development of Oculus Rift, Oculus was sent over to Samsung Electronics to help them develop Gear VR. Whilst Oculus wouldn’t be using Smartphones to render and produce VR experiences, it got them into the real world of big tech development. Ultimately, Facebook wanted to get it right, seeing as other VR experiences at the time weren’t exactly breathtaking.

Two years after the Oculus acquisition, Oculus Rift saw a retail release in March 2016. It was a unique proposition for virtual reality enthusiasts at the time, offsetting processing to a capable PC and touch controllers allowed for more possibilities than the competition over at Samsung with their smartphone-based VBR experiences.

We’re not going to forget about the introduction of full room motion sensing, head tracking, and high-resolution optical lenses making Oculus a cut above the rest. It’s an experience that has only been refined and copied by their competitors since.

2017 saw the release of Oculus Go, a truly portable and wireless virtual reality experience that would one day evolve into the Oculus Quest series. It had a steep price tag of $600 but it couldn’t support the same high quality and powerful experiences the rift could.

As Oculus stands now, it’s actually being rebranded into the Meta family of products and companies, with Facebook being just one part of the Meta machine. That means by the end of 2022, Oculus will no longer exist, although their products will live on under the Meta moniker.

Now we’re up to speed, let’s check out some of the best Oculus Quest 2 link cable alternatives. We’ve tried to cater to everyone by looking for cables with flexible nylon insulation that cost more to more than a standard USB cable for budget shoppers.

Our advice would be to not look into it too much. Users can buy the fastest USB cables in the world, but they will ultimately be at the mercy and speed of the USB ports they’re plugged into.

All of these cables support up to 5 GBPS speeds, which is more than enough for any best Oculus Quest 2 link cable alternatives.

Featuring a weaved nylon design, the KRX Link Cable for Oculus Quest 2 is a brilliant choice for the best Oculus Quest 2 link cable alternatives. This cable is a massive 20-feet, six-meter link cable that should survive most Jedi training and BeatSaber sessions.

It supports 3A fast-charging providing the USB port it’s plugged into is feeding enough power for the service. Users can potentially play and charge with this cable and the right setup. It is compatible with all USB-A and USB-C sockets that support up to USB 3.2 gen 1 firmware too.

Although this is a great best Oculus Quest 2 link cable alternative, it’s a bit of overkill for someone just looking for a cable for data transfers and charging. Well, unless users plan on storing their headset six meters away from a power source or gaming PC that is.

The Oculus nylon cable has a diameter of 7 mm, which gives it good flexibility, resistance to stretching, and abrasion. It does not tangle and can be easily stored. Compared to other USB cables with rubber insulation instead of plastic and rubber, it is more durable and lighter.

Desktek’s best Oculus Quest 2 link cable alternative features a 90-degree angle USB-C design that makes sure it isn’t sticking out directly from Oculus Quest and can be attached to a head strap for safer play during tethered VR experiences.

This best Oculus Quest 2 link cable alternative USB cable features speeds of up to 5 GBPS which is more than enough to enjoy Oculus Rift and Steam VR titles. However, users will probably find this cable far too long for simply charging and transferring data to and from the Oculus Quest 2.

The only issue is that this particular best Oculus Quest 2 link cable alternative isn’t as flexible as some Nylon alternatives thanks to its rubber/plastic insulation around the cable. If this is used to stationary VR experiences and nothing too active, there won’t be a problem.

There’s some cable clip included helping secure the link cable to a PC or Mac setup whilst being able to clip the wire around the Oculus Quest 2 strap for safety reasons. It supports up to 5 GBPS speeds which mean users won’t struggle with any lag when playing tethered VR titles.

It supports speeds up to 5 Gbps, which means there should be no lag with this bit of kit. Although this cable has a rubber plastic wire insulation, it should be fine provided it’s mounted on the headset strap properly.

CableCreation Quest 2 Link Cable is another good choice for the best Oculus Quest 2 link cable alternative, even though it features a stiff cable out of the box. The best way to mount this link cable would be to plug it into the Oculus Quest 2 and have the wire running around the side head strap and then pointing down at the back of the head. This can be easily sorted with some clips or cable ties.

It supports 3A fast-charging which means this cable is powerful enough to charge an Oculus Quest 2 headset whilst in use, although you’d indeed have sufficient power flowing through a USB port to do it. It’s 16 feet / five-meter cable which means it’s long enough for efficient tethered virtual reality gaming.

The USB-C 3.0 connection is perfect for Oculus Quest 2 and allows users to easily run a cable around a headset thanks to an L-shaped connection design

Ultimately, these choices are all just high-quality USB cables. The main features users will want to make sure any best Oculus Quest 2 link cable alternatives have is an L-shaped USB-C connection, at least 16-feet or 5 meters of cable length, and ideally a flexible cable.

Some of these options are quite expensive for what they are, most noticeably the Nylon weave link cables. These cables are flexible without sacrificing build quality, making sure the link cable doesn’t get in the way or restrict players.

With these points in mind, we’ve decided on the following verdict for our top pick in this buyers guide:

Can the link cable be used to transfer data?

Yes. For anyone looking to sideload independent games and more, all of these link cables will support data transfers.

Will it charge my Oculus Quest 2?

Providing the power source is sufficient, yes. We would recommend plugging into the included USB charger or equivalent 15w wall charger.

Can I just use any USB cable I have to hand?

Providing it is a USB-A to USB-C cable, probably. The reason we have made this buyers guide is that we want players to know what qualities an Oculus Quest 2 link cable needs to have and the ones we would recommend. For simple charging and data transfers, any cable with the correct ports will be fine.

It’s big, flexible, and has all the necessary specifications that make a quality best Oculus Quest 2 link cable alternative. The extra length of this cable over the rest in this guide gives an extra bit of wiggle room whilst making sure the USB isn’t tight and putting over anything it’s tethered to.

The Nylon build design also makes sure this link cable won’t be restrictive to the user. When not in use, the Oculus Quest 2 can be charged with the KRX link cable for a power output that supports 3A fast charging too