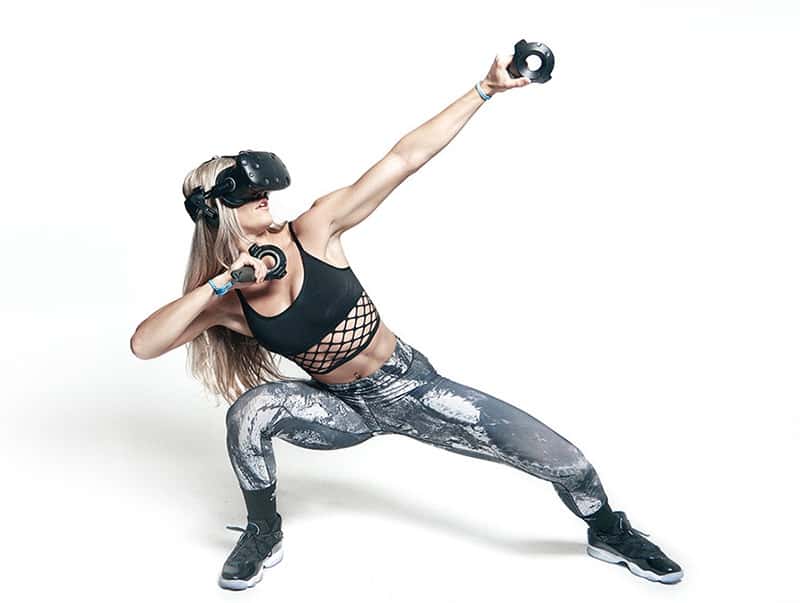 It’s no secret that VR gaming can leave players gasping for breath with all that arm swinging and room-scale flouncing about, a far cry from the comparatively sedentary, desk-bound demands of traditional ‘flat’ gaming.

Attuned to how players are increasingly looking to VR to add a bit of gamified spice to their daily workouts, developers and publishers have pushed out a steady flow of fitness-geared VR games that tap into the unique physical aspects of VR gaming.

These games are no gimmick, either, offering genuinely calorie-burning and cardio-boosting workouts that will have even the most dedicated gym-goers dripping pools of sweat. But, unlike those monotonous, begrudging daily visits to an overpriced gym, these games make exercise fun and exciting. Let’s face it, getting fit in a thrilling 3D world teeming with interesting mechanics and high scores to best trumps jogging on a treadmill under flickering fluorescent lights.

In today’s guide, we’ll be sharing a spotlight on our picks for the best VR workout games you can play right now. 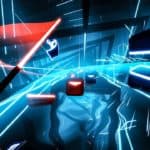 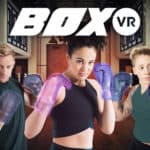 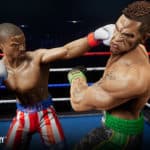 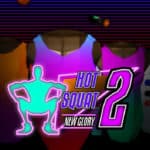 Launched in 2018, Beat Saber remains one of the most popular VR games for offering players a simple yet addictive gameplay loop that also happens to provide quite the workout. If the thought of dressing up a workout in a great VR game sounds like your cup of tea, then Beat Saber might be just the ticket as it doesn’t feel like an exercise app or game.

In Beat Saber, you’ll swing and strike advancing cubes with virtual lightsabers to the beat of the music; no more, no less. The premise is beautiful in its simplicity, but finding the right rhythm, settling into an almost hypnotic groove, avoiding obstacles, and aiming for those high scores with any semblance of success is no small feat and one that will have you unwittingly dancing and moving about. It’s a subtle and enjoyable way to exercise without realizing you’re doing precisely that.

The way Beat Saber works, notably the scoring and difficulty system, means you can put in as much or as little effort as you want, as such catering to all fitness levels. Aiming for a perfect ‘S’ involves considerable amounts of skill and exertion, while leisurely slashing and swiping your way through your favorite tunes on the easy difficulty won’t strain the old ticker too much. This lends itself well to replayability if the sheer joy of hacking and slicing doesn’t have you hooked already.

Beat Saber’s unwavering popularity has seen developer Beat Games push out versions for most headsets and on all platforms. Whether you are using Steam, the Oculus Store, a Valve Index, jumping in on PlayStation VR, or donning an HTC Vive Pro for your VR escapades, you can play Beat Saber.

Using the strenuous physical demands of boxing as a starting point, BOXVR is aimed squarely at those on the hunt for a serious VR workout. It’s through and through a fitness game, but each workout is spiced up with some fun game mechanics, notably music-timed punching in the same vein as Beat Saber.

BOXVR is structured in workout sessions, 120 hours of choreographed workouts to be precise, each one designed to help you improve your stamina, shed those excess pounds, and put your body through its paces in a bubbly, fun setting. You’ll punch, weave, jab, and uppercut striking glowing orbs out of the air in time to the beat. There are over 150 songs to choose from, spanning a wide selection of genres from dancefloor hits to riff-heavy rock anthems.

Each of the sessions in BOXVR is tracked to give you an idea of your progress and how much of a workout you’ve had. You can even assign specific goals, fine-tune sessions to your fitness and skill level, and even up the intensity as you improve. The broad spread of sessions will gently ease in even the most gym-avers, while those looking for a serious workout won’t be disappointed.

BOXVR does suffer a little with repetition as it doesn’t have the same addictive gameplay as Beat Saber, but it’s still a great way to jazz up a workout and one that sure beats a monotonous gym session every time.

BOXVR is available for purchase on the Oculus Store, PlayStation VR, and Steam, while compatibility extends to the HTC Vive, Oculus Rift, Windows Mixed Reality, PSVR, and Valve Index headsets.

Creed: Rise to Glory is another excellent pick for those looking for a boxing-style VR workout. Where Creed: Rise to Glory excels is in concealing a decent workout in plenty of high production value and frantic, fun, arcade-style gameplay, with an engaging career mode propped up by the Rocky franchise.

You’ll start as a budding boxer, ascending the ladder to become the best fighter in town, all while meeting characters such as Rocky Balboa and Viktor Drago in the process. Immersed in   Creed: Rise to Glory’s polished VR setting, it’s easy to forget you are in this for a workout. There’s even an online PvP mode if you want to test your skills against other players. You don’t get the same intense workout as a pure fitness game, but for those looking for, first and foremost, a game that happens to involve a workout, Creed: Rise to Glory is a strong option.

For those looking to workout with an authentic boxing sim, Creed: Rise to Glory may veer a bit too much to the arcade side of things. The fights are far more about swinging and punching as fast and erratically as possible in the hope of securing a knockout than learning the intricacies of good boxing style and timing. For a more realistic experience that arguably provides a better workout but is a little less accessible, The Thrill of the Fight is highly recommended.

Hot Squat 2: New Glory is all about leg-burning squats and lots of them. Dropped into the virtual world of Flynn Fitness, players will have to make their way through grueling squat-based sessions. Standing on a conveyor belt of sorts, players must squat below oncoming walls or sidestep to avoid them. It’s simple but provides a serious leg workout.

There are four game modes to choose from. A classic mode features an endless procession of walls to squat under to reach the highest score possible. Custom routine has your design your own session by setting the wall height, speed, and thickness to suit your fitness level and goals. Daily challenge offers players a range of tests and challenges to get through, while Arcade Mode lets you test your squatting skill against friends via a points and combo scoring system.

Hot Squat 2: New Glory is only let down by limited headset compatibility. You’ll need either an HTC Vive or Valve Index headset to jump in, and the game can only be purchased on Steam. Unfortunately, Oculus Store users are out of luck for this one. That said, all profits from sales on Steam go to charity, so it’s a great way to scratch that philanthropist itch and get a great workout in the process. 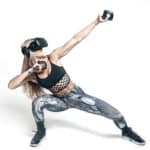 A staple of VR gaming since launching back in 2018, Beat Saber marries a simple yet addictive gameplay loop with a serious workout. It’s highly re-playable, easy to pick up, but with plenty of depth for those that want to hone their skills and get fit in the process.

BOXVR melds boxing and fitness together in a fun yet demanding VR experience that will have you weaving and jabbing to burn calories and improve your cardio. With over 120 hours of content, there’s no shortage of sessions to get through, which can help ward off some of the repetitive gameplay the game suffers from to some extent.

A highly polished and cinematic VR game, Creed: Rise to Glory is one for boxing fans that want a decent workout wrapped in an engaging narrative. Rise from green newcomer to boxing phenomenon in the thrilling Rocky universe.

Hot Squat 2: New Glory is all about putting those legs to the test with an endless stream of squats. It’s a test of stamina and perseverance, but one that delivers one of the best VR workouts out there.

Finally, Audio Trip is a beautifully crafted and choreographed dance game that asks the player to put their entire body to the test to the beat of a great selection of popular music. You can even design your own sessions and conjure up unique dance moves with the excellent Choreographer Tool.

With that, we’ll wrap up our guide to the best VR workout games. Drop any comments, suggestions, or concerns into the comments section below.