Despite having previously announced that the game would release on Steam, Sega have decided to cancel the planned 2020 Steam release, and A Total War Saga: Troy will be exclusive to the Epic Game Store for a year. Details of the announcement are posted across this blog post and this FAQ. 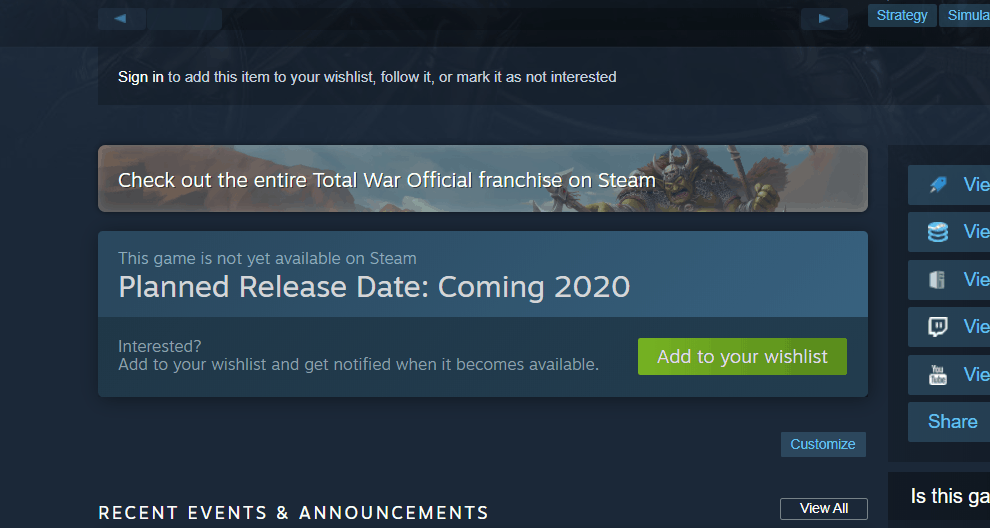 Part of this deal between Epic and Sega is that the game will be free, at least for the first 24 hours. If you add the game to your Epic Store account on launch day, you get to keep it forever. The change in store may not be good news to many players, but I suspect that both Sega and Epic are hoping that this giveaway will sweeten the pill. I hope Epic has ironed out some of the stability issues that their store had when the GTA5 giveaway made their store unusable when it went live. After the limited 24 hour giveaway, it will be back to full price. When the game releases on August 13th, you can get it for free on the Epic Game Store page here

Along with the shift in which store the game will be available on, there are a few other limitations and restrictions. These will all either be infuriating backtracks, minor nuisances, or completely irrelevant to different users, depending on their priorities and perspective. Certainly being able to get the game for free might make some players willing to accept these shortcomings. 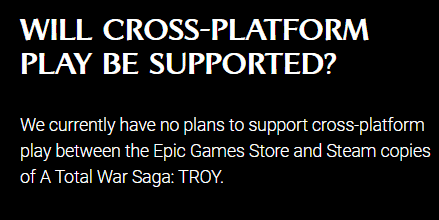 There will be no shared multiplayer across the Epic Game Store and Steam versions, splintering the user base between two isolated communities.

It’s not actually clear to me why they will not be offering multiplayer across both the Epic Store and eventual Steam version. There are plenty of games on both Steam and the Epic Game store that support cross-platform multiplayer. Epic’s own Fortnite has multiplayer across PC, consoles, and mobile. Games on Steam like Final Fantasy XIV, Gears 5, Rocket League and more support cross-platform across multiple platforms. There are no inherent technical restrictions that I can see that would prevent this game from offering multiplayer across Epic Game Store and Steam, perhaps there is another reason for this decision.

Another casualty is mod support. For years, the Total War series has had extensive mod support, bolstered by the Steam Workshop modding platform. This is designed to make installing and managing mods much easier for users, and distributing and supporting mods much easier for creators. Epic Game Store has no such functionality, and so A Total War Saga: Troy is going to be the first game in the series for quite some time to not offer any kind of mod support.

Sega says that mod support “is on Epic’s roadmap”, but then a functioning shopping cart has also been on their roadmap for over a year, and we’re still waiting for that basic storefront functionality. In theory, Sega could have developed their own mod support directly into the game, as many games on Steam do, but maybe that would have been too much work? 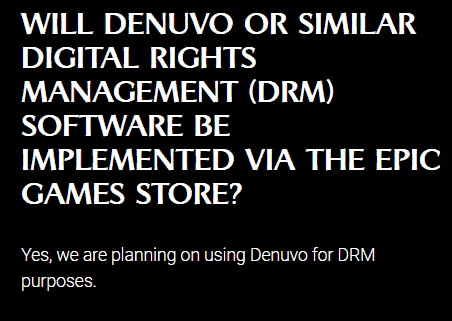 The Denuvo Anti-tamper DRM that the series has used in many of the recent Steam releases will still be present in the Epic Game Store version. It seems a little strange to me to use such drastic DRM in a game that is being given away for free, but maybe they have their reasons.

Ultimately this is another example of Epic throwing no doubt millions of dollars around at publishers to remove alternative options, to give players no choice over whether they want to use their store or not for a particular game. Rather than improving their platform to appeal to users who want to use it, their strategy is to remove alternative options. It’s monopolistic and anti-competitive, but I suppose in the big picture it’s hardly the worst thing done in the name of capitalism. It would be better if players could just choose between stores depending on which offered the best functionality and features, but Epic doesn’t seem to be interested in competing in that regard.

Will it work? The Total War series has a very dedicated player base, and it’s probably one of the most popular long-running strategy games on PC. It’s unlikely we’ll hear any specifics about the sums of money involved in this deal, and only time will tell how things play out in the long run. Part of Sega’s messaging is focussed on the future of the series beyond this one release. They’ve said:

“We do want to be more platform-agnostic moving forward, and we would like future games to be available on the Epic Games Store, but that’s in addition to being available on other platforms such as Steam.”

It’s not exactly clear how canceling this Steam release is helping them towards their goal of being platform agnostic, and same for splintering the multiplayer community. They’ve also said that they have “no plans for future games to be Epic exclusives”, and I wouldn’t expect this free for 24 hours model to carry over to future titles in the series either. It is going to be interesting to see how this one plays out in the long term, how the Total War series as a whole is affected, and whether it moves the needle for Epic Game Store adoption. I do get the feeling that training all of your users that they are able to get lots of games for free is perhaps not the best strategy for encouraging people to buy games.

I had somewhat hoped we were past the point of publishers announcing a Steam release then canceling it because they were offered a large cash payment from Epic. It would be far better if they could at least finalize their plans for release before announcing them, rather than engaging in this kind of bait and switch.

Will you be getting this game for free when it releases? How do you feel Sega has handled the communication for this news? Will you just wait and play it on Steam instead? Let us know in the comments.