From wildlife and security monitoring to a low-cost alternative to a full-fat digital camera by way of a replacement for the humble webcam, cameras are one of the most interesting and fun upgrades you can incorporate into a Raspberry Pi.

Versatility is the name of the game here, and a quality Raspberry Pi camera module gives you all you need to bring to life even the most inventive camera-based projects. The only real limit? Your willingness to learn and master the coding skills required to tame a Raspberry Pi camera and program the functions needed for your particular project, whether that be time-lapses, stop-motion, movement detection, or live streaming video.

As with most Raspberry Pi parts and peripherals, we’re spoiled for choice, which can make choosing the right camera a tricky task. Modules, megapixels, lenses, CSi interface, resolution, and so on – the jargon can leave newcomers scratching their heads in utter confusion. To take some of the stress out of the equation and simplify the buying process, we’ve pulled together this guide to the best Raspberry Pi cameras. 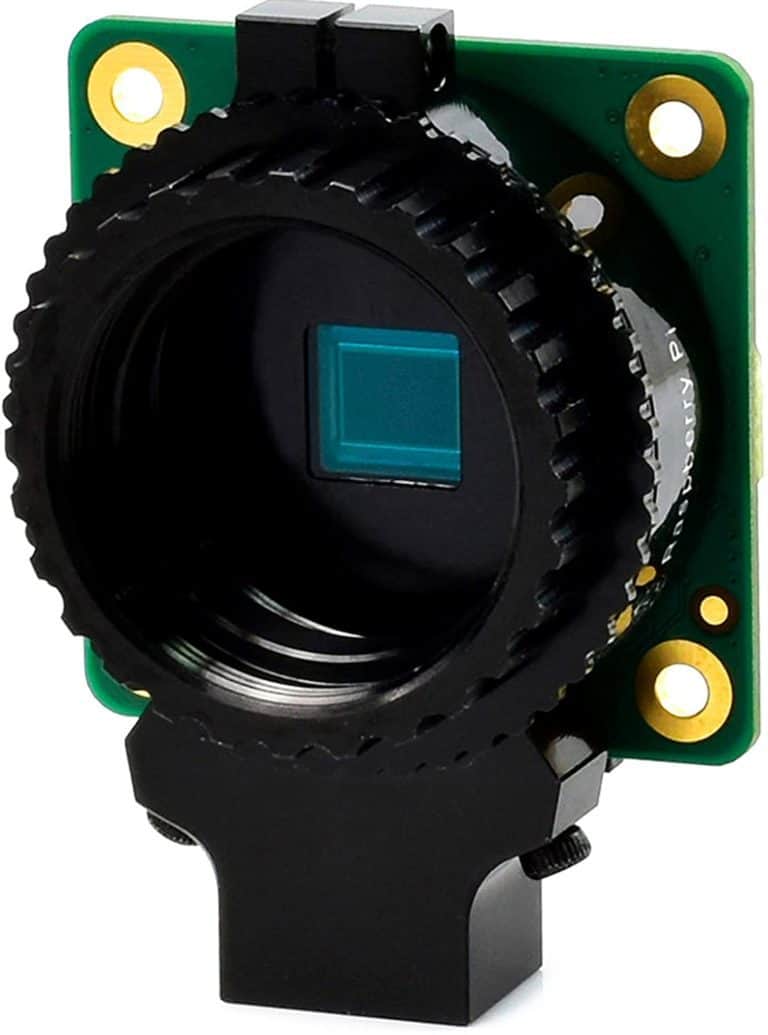 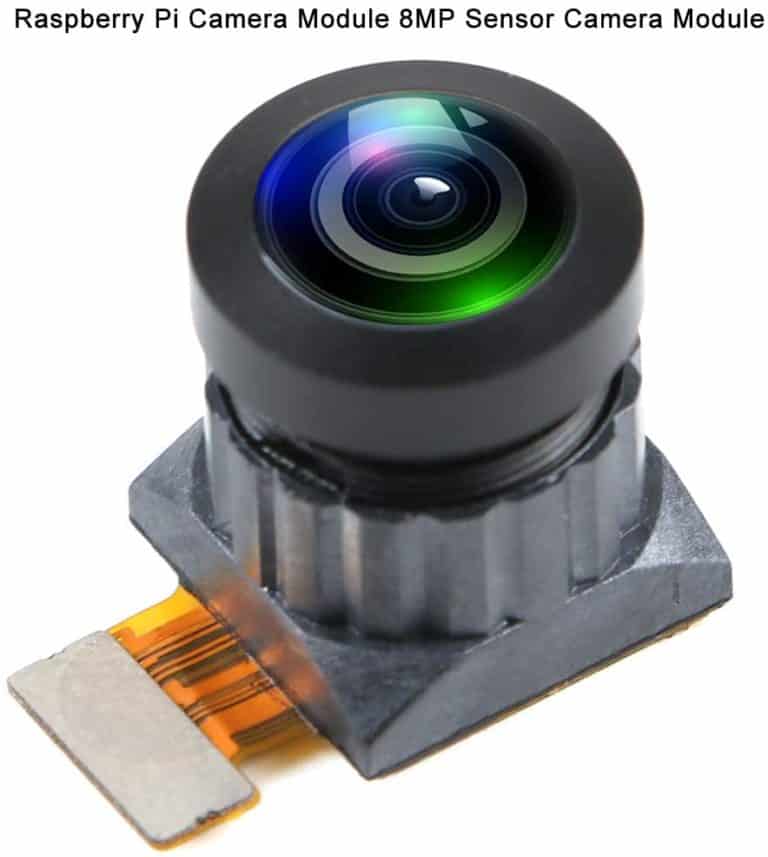 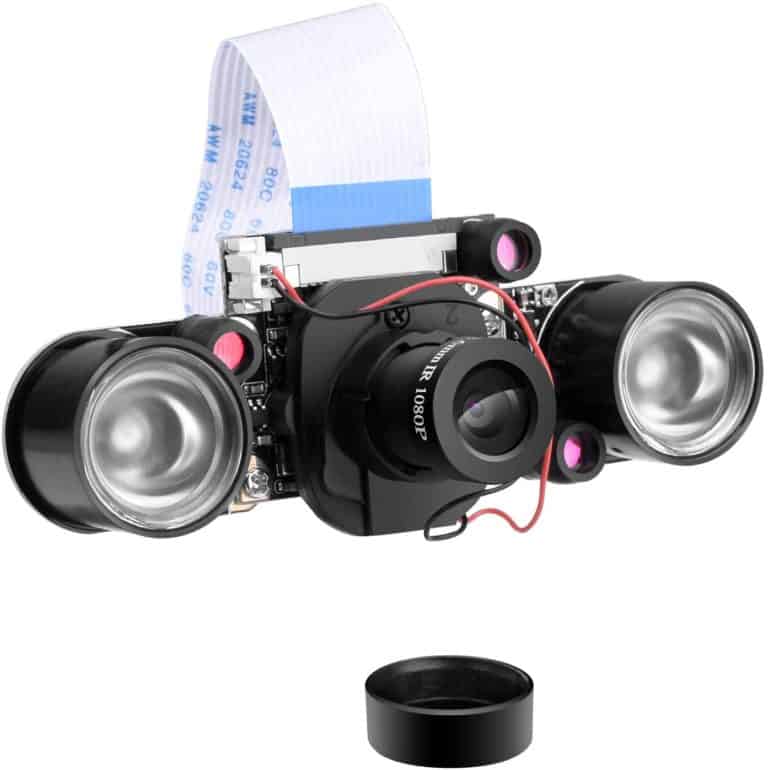 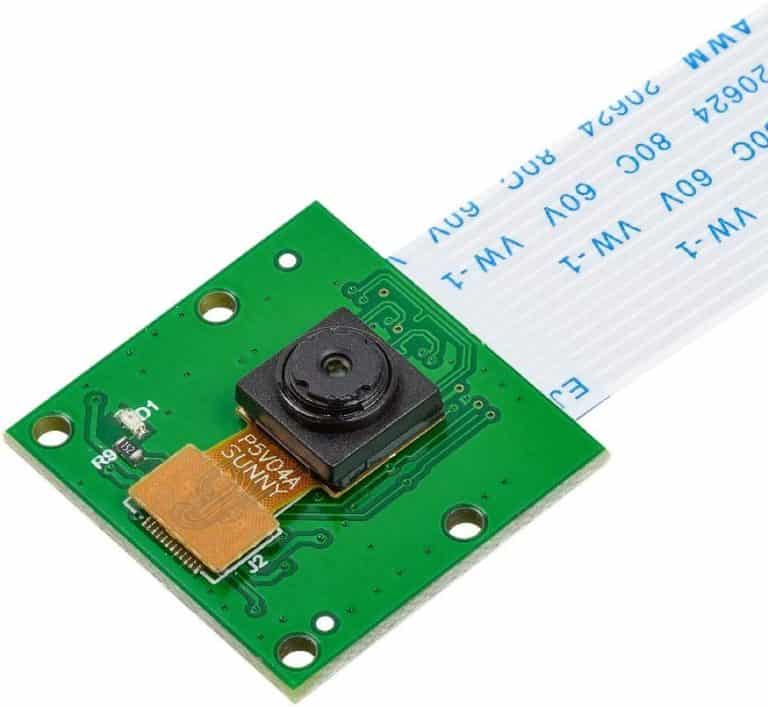 Megapixels, resolution, video, FPS, form factor, lens mounts, viewing angle, and price – these are all factors to consider when shopping for a Raspberry Pi camera. Still, ultimately the most critical aspect is whether the camera produces good quality images and video. We’ve therefore focused on options that do just that relative to their asking price.

After sifting through a broad spread of options, we narrowed it down to five handpicked recommendations categorized based on their particular strengths. Read on to find a review of each shining a spotlight on why we feel they are worth your hard-earned cash, and if you’re here to pick up a few tips to complement your research, we’ve pulled together a ‘Things to Consider’ section at the end.

It’s worth noting that most if not all run-of-the-mill plug-and-play USB cameras from reputable brands like Logitech, Razer, and Lenovo are compatible with the Raspberry Pi. However, for this article, we’ve focused purely on Raspberry Pi camera modules because these generally come in a smaller form factor, have native support for the Pi, require less power, cost less, and are easily adaptable to a wide variety of applications.

With all that said, let’s dive in.

A refresh of the much-loved original camera module from Raspberry Pi, the Official Raspberry Pi Camera Module V2 sits among the best cameras tailored made for the Pi. Raspberry Pi’s blessing and expertise certainly help, but it’s a well-balanced range of specifications, portability, and an affordable price tag that make this an option everyone in the market for a Raspberry Pi camera should consider.

On the video capture side of things, the Official Raspberry Pi Camera Module V2 can record at 1080p at 30 FPS, 720p at 60 FPS, and 480p at 90 FPS, giving you a range of settings to choose from based on your project’s needs.

With dimensions of 25mm x 23mm x 9mm and a weight of 3 g, the Official Raspberry Pi Camera Module V2 is compact, lightweight, and unobtrusive, making it a top choice for projects that favor a discreet and small form factor. Installation involves nothing more than connecting the provided 15cm ribbon cable to the Raspberry Pi’s CSI port.

Another camera that comes close to the official Pi camera is the Bicool Raspberry Pi High Quality Camera is tailor-made to capture the best quality still images possible and, as such, is a top choice for those that need the highest quality results for their projects.

The Bicool Raspberry Pi High Quality Camera employs a 12.3 megapixel Sony IMX477 sensor capable of 7.9mm diagonal image size and 1.55 μm × 1.55 μm pixel size. Alongside, it features some welcome quality of life additions such as an adjustable back focus (12.5 mm to 22.4 mm), a 1/4”-20 tripod screw mount compatible with typical photography tripods, and an integrated IR-cut filter.

The module is substantially larger than many other Bicool Raspberry Pi cameras, a necessary compromise for the quality of the still images it can produce. Low light performance is superb, and images are sharp, color accuracy is excellent, and the results are nothing short of remarkable for what is a small, DIY device.

The Bicool Raspberry Pi High Quality Camera can capture video, up to 1080p at 30 FPS (as well as the smoother 720p at 60 FPS), but is chiefly designed for still images, and results are less impressive than other Raspberry Pi cameras better suited to video.

The Bicool Raspberry Pi High Quality Camera features an interchangeable 16 mm C mount to house compatible lenses alongside an adapter for 6mm CS variety lenses, which opens up the possibility of using everything from zoom lenses to wide-angle lenses. The camera doesn’t ship with any lenses, so remember to factor in the cost of these when buying, particularly as the Raspberry Pi High Quality Camera is priced north of $80 at most retailers.

With a generous 160-degree field of view – almost three times that of standard Raspberry Pi FOVs – the MakerFocus Raspberry Pi Camera Module is a top pick for those that need a wide-angle camera for security monitoring, for example.

With a Sony IMX219 sensor with 8 megapixels, CMOS size of 1/4-inch, 2.35 aperture, 3.15 focal length, and 20 cm to infinity focusing range, the MakerFocus Raspberry Pi Camera Module can capture still images up to a resolution of 3280 x 2464. The image quality is excellent, with a solid performance in dark conditions thanks to two IR LEDs. It can also capture video at 1080p at 30 FPS, 720p at 60 FPS, and 480 at 90 FPS to cover various use cases from motion detection to video calls.

The Longruner IR Camera makes our list of recommended Raspberry Pi cameras as the best option for night-time image and video capture. It comes with two infrared lights mounted on the side of the camera. These can also be removed thanks to a manageable four screw arrangement should you want to use the camera without them.

The built-in IR-cut function is the headline here. It automatically switches between day and night modes to deliver the best image quality possible in those different conditions. An OV5647 sensor with a field of view of 72-degrees, 3.6 mm focal length, and 5 megapixels delivers static images up to a resolution of 2592 x 1944, while video capture covers the typical range with 1080p at 30 FPS, 720p at 60 FPS, and 480p at 60 FPS/90 FPS.

Compared to other Raspberry Pi cameras, the Longruner IR Camera has a large footprint, partly due to the side-mounted infrared lights. As such, this is not the best option for those with their eye on the most discreet camera option to pair with their Raspberry Pi.

Finally, we round up our recommendations with a pick for those on a budget, the Arducam 5MP Camera for Raspberry Pi. With a price of $10, it is the lowest specced of our options, and it’s important not to expect the same image and video quality. But, if you are comfortable with these compromises, it’s a worthy addition to many Raspberry Pi projects that require a camera.

As above, the quality of the images and videos lags behind more expensive models and isn’t suited to those that require the sharpest results with accurate colors and plenty of detail. They tend to have a foggy veneer to them.

The Arducam 5MP Camera for Raspberry Pi boasts compatibility with Raspberry Pi 4 and previous generation Pi 3 and 2. Installation is hassle-free and involves slotting in the provided ribbon cable into the Pi’s CSI interface, and you’re good to go.

The video capture capabilities of a Raspberry Pi camera are measured based on two factors, resolution and frames per second. Common combinations include 720p at 60 FPS, 1080p at 30 FPS, or on the lower end of the scale, 480p at 90 FPS. We recommend opting for a camera that offers 1080p at 30 FPS for projects where high-quality video is of prime importance. For projects where video fluidity is crucial or slow-motion capture is vital to your aims, 720p at 60 FPS is a reliable option. The balance of resolution and frame rates offers a best of both worlds middle ground.

Before committing to a purchase, it’s essential to verify whether a specific camera module is indeed compatible with the Raspberry Pi model you own. Most cameras tend to be compatible with the latest Raspberry Pi 4 model and the previous-generations’ Raspberry Pi 3/2/1 in their various iterations, thanks to the handy CSI port connectivity. But, this changes from camera to camera, so check beforehand.

As for the small form factor Pi’s such as the Zero and Zero W, compatibility is more limited, so checking is doubly important. Alternatively, consider investing in a CSI connector adapter. Note that the first generation Zero lacks a CSI port, so, unfortunately, no camera module will work there.

The Official Raspberry Pi Camera Module V2 is our top pick among Raspberry Pi cameras. Tailor-made to work with the mini-computer and manufactured by Raspberry Pi, it offers 8 megapixel still images and video up to 1080p at 60 FPS. It’s also lightweight and compact and is compatible with most Raspberry Pi models out of the box.

We recommend another official RPi product, the Raspberry Pi High Quality Camera, for the highest image quality. With 12.3 megapixels, this camera delivers superb image quality, and the interchangeable lens mounts allow for plenty of versatility in the type of photography this camera is capable of producing. The tripod mount is another great feature that should please those looking for a more professionally-geared Raspberry Pi camera.

For wide-angle photography and video capture, the MakerFocus Raspberry Pi Camera Module comes highly recommended. A 160-degree field of view is ideal for security and wildlife monitoring; just remember to budget for a Camera Module V2 as MakerFocus doesn’t provide one with the camera.

The Longruner IR Camera offers the best nighttime performance of any Raspberry Pi camera module in our guide, thanks to IR lights with an automatic day/night mode switching function. Image resolution reaches 2592 x 1944, while video capture extends to 1080p at 30 FPS.

Finally, for those looking for a cheap option, the Arducam 5MP Camera for Raspberry Pi won’t break the bank and deliver sufficiently decent images and videos for hobbyists and tinkerers.

With that, we’ll end our guide to the best Raspberry Pi cameras. Please don’t hesitate to drop into the comments section if you have any questions, concerns, or suggestions.