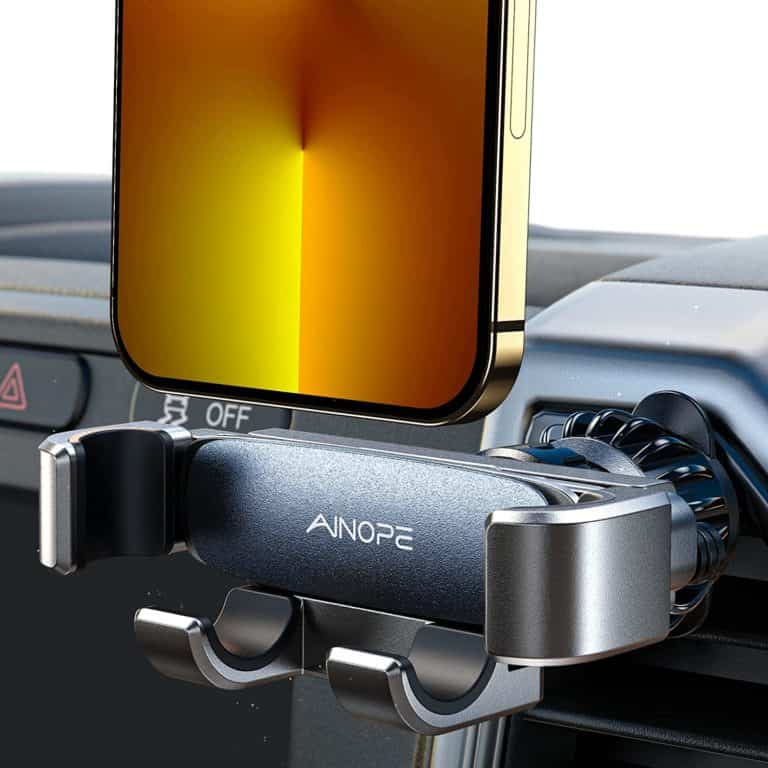 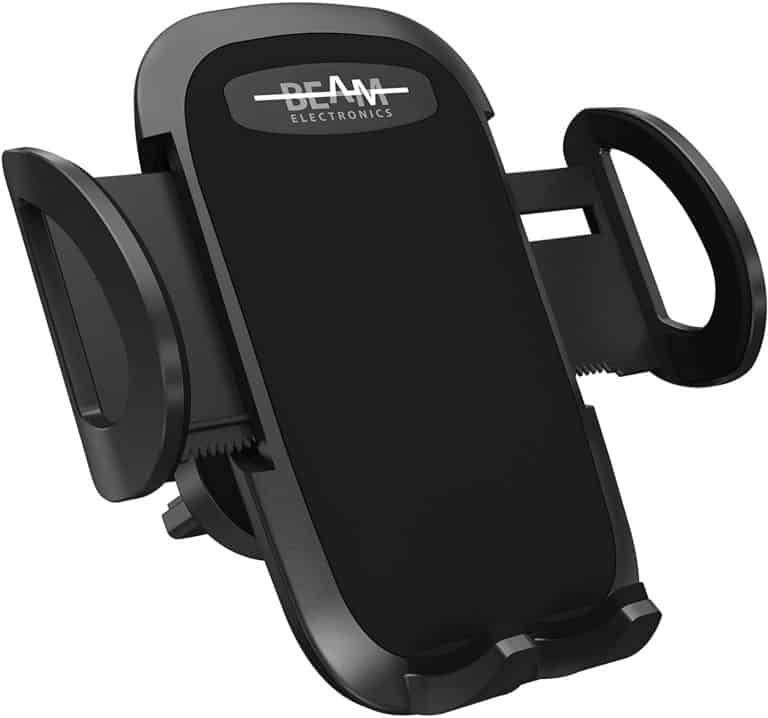 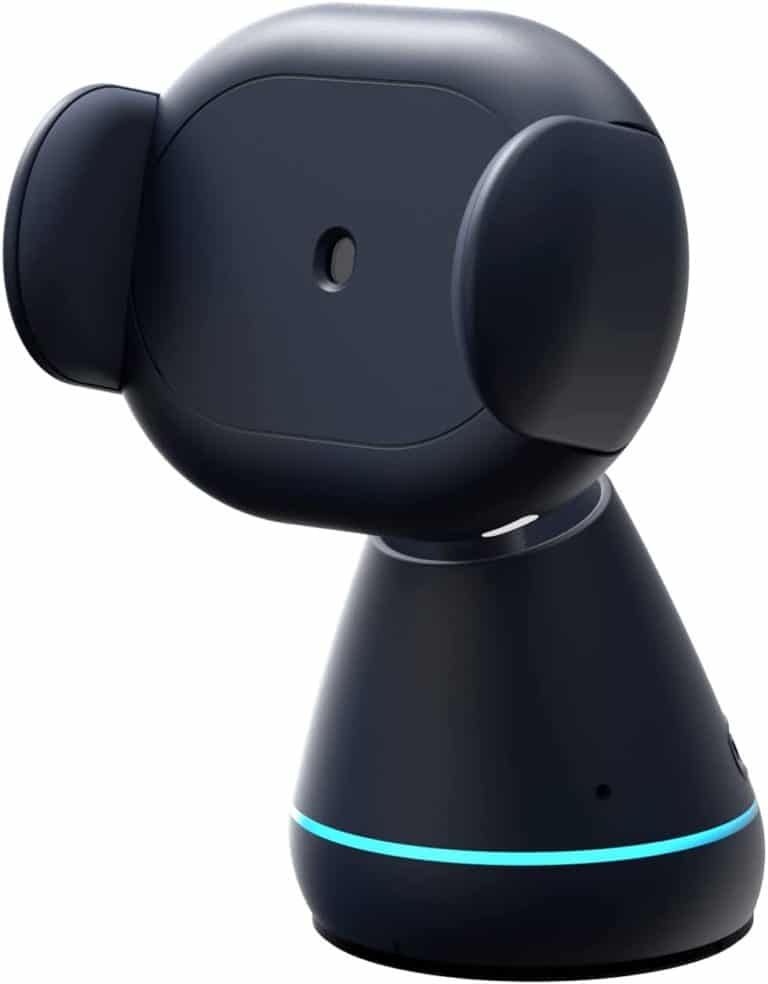 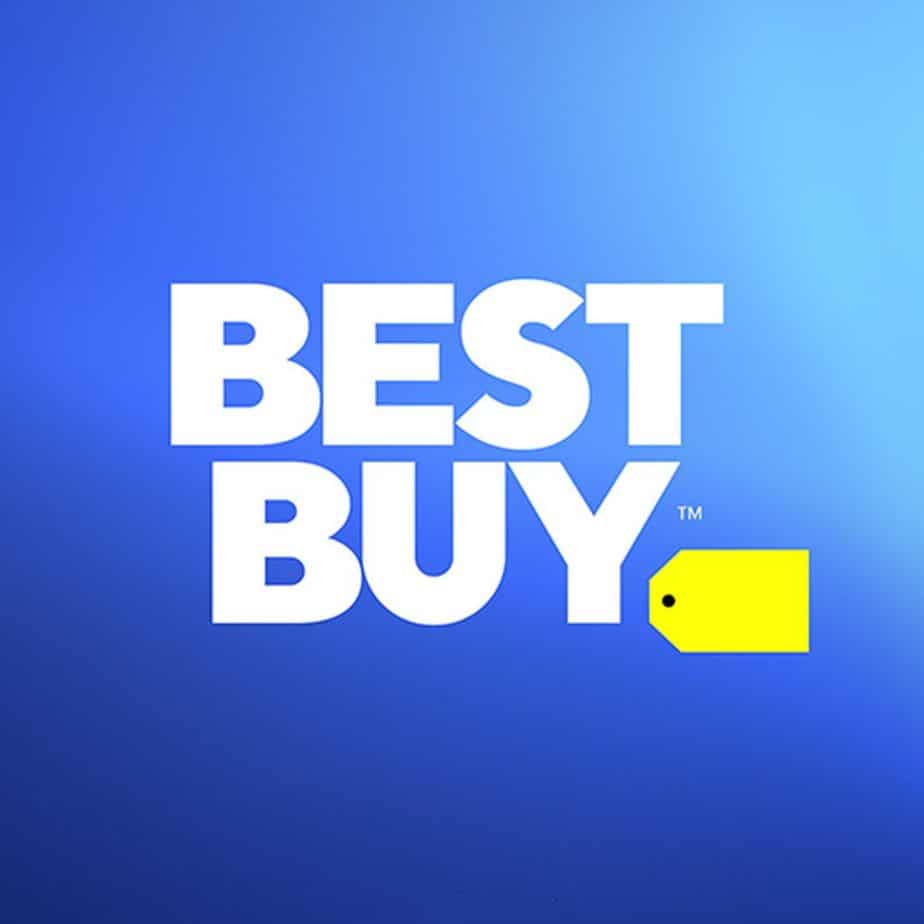 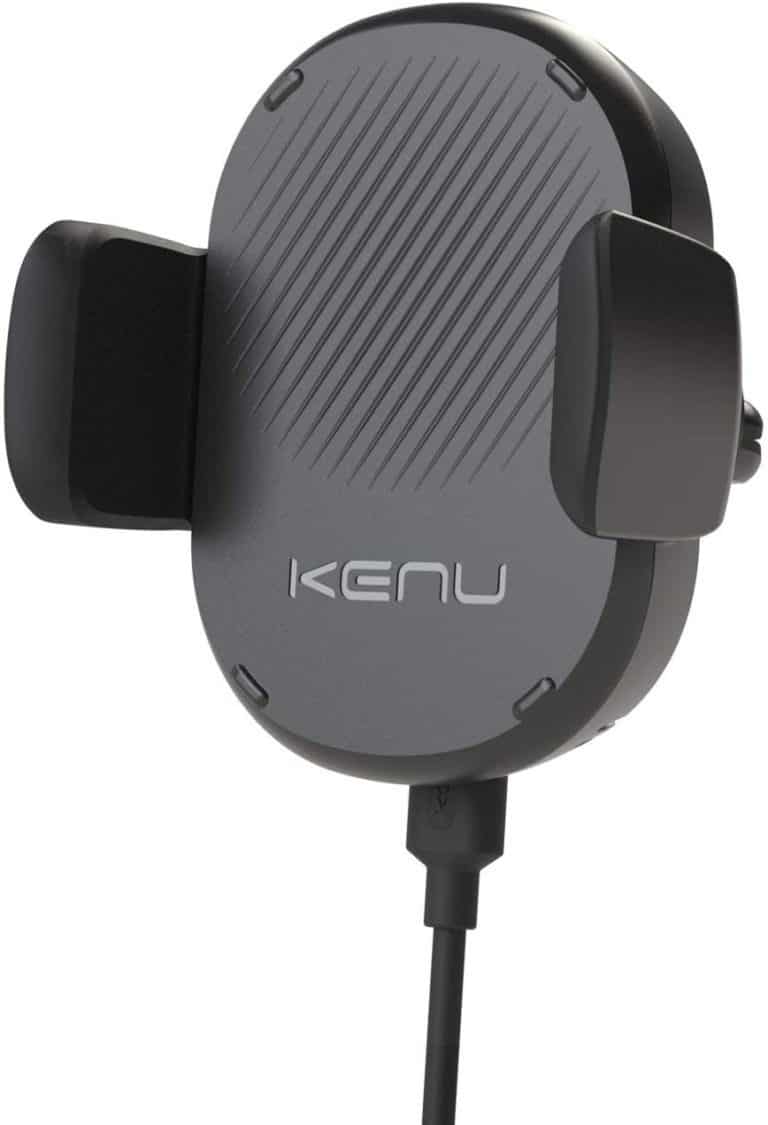 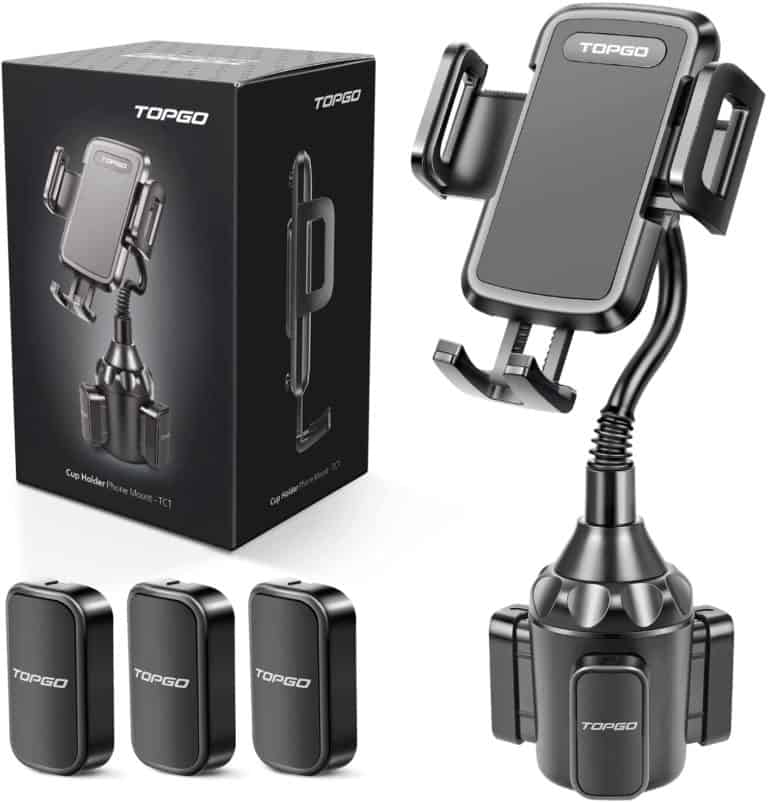 Finding the best car mount for iPhone is actually the latest solution in a decades-long toil in making carphones safe and logical for users. The first car telephone was put into action in the US in 1946 thanks to a boom in car ownership and travel in a post-World War Two landscape.

The first attempts at a mobile telephone were developed by Western Electronic Corporation which was also the main supplier to the US Bell System, the network of landline telephones in operation at the time.

Remember the suitcase mobile phones? Well, imagine carrying around a full type 38 or 39 VHF FM Police radio in the early 1950s. This would connect to a bell located in a user’s car which would then act as a landline telephone number.

A telephone-like handset was manufactured for a better user experience which run through a selective calling decoder which helped the carphone setup connect, but ti wasn’t exactly practical.

The FM mobile bands would be split into two types of bandings by Bell, ‘Highway’ and ‘Urban’. The former would provide a business use 12 channel low band VHF service to trucks and barges on inland waterways. Urban would provide mobile telephone services for private users, with both bands going live in August and June 1946 respectively.

Just two years later in 1948, the Urban service was available in 60 cities in the US and Canada. 4000 subscribers strong handling 117,000 calls seems minuscule by today’s standards, but this is before the glory days of the Nokia 3310.

Highway had a bigger coverage area but a smaller adoption rate, with the service being live in 85 cities with a 1900 mobile subscriber base that handled 36,000 calls per month. Most highways in the east and mid-west had coverage, which came in ridiculously handy for truckers all over the US.

The problem with this technology was its size. The mobile transmitter and receiver units would be mounted in a car’s luggage compartment, taking up quite a lot of space. The telephone receiver and radio unit would usually be fixed underneath the dash in the middle of the drive and passenger seats.

Over the years, mobile phone technology has become smaller and smaller thanks to developments in smaller electrical resistors and batteries. Mobile phone adoption picked up steam almost 60 years after the Bell system mobile carphones thanks to the need for battery packs being shrunk down and built into mobile phones themselves.

Nokia rules the mobile phone space during the late 90s and early 200s thanks to the indestructible Nokia 3210/3310 line. This period also saw the introduction of text messaging and customizable handsets. Users could buy custom phone cases and key sets to make the ultimate technology statement.

Then the advent of Smartphones sparked Apple’s attention to the Mobile phone space, creating a hybrid of their wildly successful iPod touch products with cellular capabilities. iPhone changed the world and saw adoption rates rocket, now 97% of the US have some form of smartphone device. A good chunk of that is iPhone users.

Carphones aren’t really a thing in the 2020s, with newer car models coming pre-loaded with technology able to synchronize with iPhones. This makes for a hands-free experience, allowing users to use Maps, play music, and call contacts with one gesture or voice commands.

But there are still some users without a big screen on their dashboard. Even if a user did, they still need somewhere to place their phone that’s easily accessible at a moment’s notice. This is why we’ve created the best car mount for iPhone guide.

The best car mount for iPhone

The best car mount for iPhone may stick onto a dashboard or windscreen. Some may lock onto a user’s air vents, with some even locking into a cupholder if a user is brave enough to lose such prime real estate.

The best car mount for iPhone can even wirelessly charge iPhones if it’s supported on the device, making sure those long car journeys are supported with Apple Maps and quality music.

We’ve managed to pick the best car mounts for iPhone that fit into a user’s budget. From low-end simple clips to Alexa enabled, phone sensor mounts, we’ve got users covered.

Let’s get straight into it, here are the best car mounts for iPhone:

Fits all iPhones with cases

The ideal beat car mount for iPhone can be used with one hand, which means no overly tight clips and the possibility of a release button for super quick functionality when entering and leaving a car. Ainope car phone holder mount uses their unique auto-lock feature, called their ‘Gravity Design’ so users can simply drop and pick up their iPhone instantly.

Two hooked side arms list as an iPhone is dropped into the bottom cradle, this spring-loaded design uses gravity to lock an iPhone in place, meaning there’s nothing to worry about with this great design. It also means it’s suitable for all iPhone models and sizes with a large hook depth which allows iPhones with cases fitted too.

It’s also a highly portable best car mount for iPhone too. When not in use, it’s around half the size of a standard credit card, Due to its light form factor and 3-inch vent gripper, iPhones sit far away from a car vent opening. This allows for air to flow freely so users don’t lose the use of an air vent, although we wouldn’t recommend blowing warm air on the back of an iPhone for extended periods of time.

Vent hooks can be too short for some

For those who want to release an iPhone at the push of a button, Beam Electronics’ best car mount for iPhone provides just the right functionality for you. The quick-release button can be found on the back of the mount, which ensures no accidental presses are made. Whilst this button releases, simply pushing the arms on either side of an iPhone to secure it into place.

This best car mount for iPhone also has a 360-degree rotation feature that can provide users with the best viewing angles whilst driving. For example, users can rotate for landscape Apple Maps use whilst on the road, although we wouldn’t recommend playing any videos unless it’s for a passenger.

The grip should also stand the test of time too thanks to the way its release button is designed. Rather than simply snapping open like other best car mounts for iPhone, pressing the release button on this Beam Electronics car phone mount holder gradually moves the arms outward. It also stops iPhones from falling out of the mount too, because no one likes a smashed screen.

Alexa features can be lacklustre.

For those with a bigger budget in mind, iOttie Aivo connect is a smart best car mount for iPhone that has Alexa built-in. This means users can take their Alexa ecosystem with their thanks to the Alexa companion app and have their car journey voice-activated. Of course, Apple has Siri alongside their own smart products range in HomeKit, but the chances are Alexa users are also iPhone users.

iOttie Aivo connect is best mounted on dashboards, however, the twist locking base doesn’t stick too well to any leather of curved surfaces. This best car mount for iPhone can also be mounted to a windscreen in this case. It also wirelessly charges iPhones up to 7.5w using QI- wireless charging technology.

Two-handed operating when mounting and fitting

Wireless charging is becoming the next big thing in mobile technology, which could soon lead to future iPhones not needing a charging port should QI-wireless charging or other technologies develop further. Currently iPhones charge as 7.5w via wireless charging, although some Android devices support up to 15w, which is an area that Apple needs to work on.

This best car mount for iPhone also includes a 12V DC charger with support for Quick Charge 3.0. This means users can plug the car mount into the QC3.0 port whilst being able to charge a secondary device using the extra 2.4A USB port. A 3.9 FT Type C to Type A USB cable is also included.

Adjustable gooseneck, up to 8 inches

Phone holder can be fragile if knocked sometimes

Both the arms and cradle are silicon coated, which makes sure iPhones won’t get scratched whilst in the mount. All current models of iPhone are supported, so don’t worry about fighting that brand new iPhone 13 Pro Max in there. The grip also has a one-button release function, allowing for users to quickly remove their iPhones and go about their day.

We’ve also included portable ones too, as we all know users may have more than one car or may drive a series of cars for a living for example. Although we’ve given as much choice and variety as possible, it all comes down to a user’s preference. Some users won’t want anything on their dashboard, however, someone may prefer to have an iPhone mounted on an air vent for convenience. Regardless, there is the best car mount for iPhone for everyone here.

Do I need a wireless charger car mount?

This is more of a preference at this point. Wireless chargers will charge an iPhone at 7.5w normally, with a standard charger working at at least 5x the power. This means an iPhone may take a very long time to charge when using features such as Google Maps.

Where should I place a car mount?

This is a great decision to make before buying a car mount and there are different types. Dashboard and windshield car mounts aren’t for everyone due to the potentially blocking someone’s view. However, air vent mounts shouldn’t be considered by someone who needs the heating on a lot. It’s entirely your choice.

Ainope gets our vote for being a simple yet cleverly designed best car mount for iPhone that drops and locks like a champ. Mounts that wirelessly charge still need a USB cable plugged into function, so using a USB cable to charge an iPhone directly isn’t going to make a difference.

At the time of writing this, hardwired charging is much faster than wireless charging in any case. Also, this best car mount for iPhone folds away into a small, portable mount that clips onto most car air vents. It’s a solid choice and a product we’re happy to recommend here at PC Guide.