Renting a modem is a scam, so why not invest in your own and begin to save up to $200 every year? 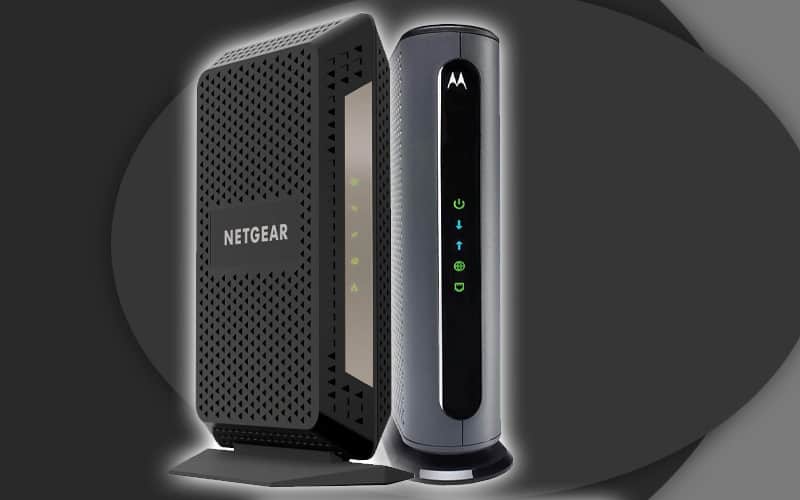 Internet Service Providers aren’t always going to give you the very best equipment when you sign up for them. With fiber and gigabit connections becoming more prevalent over the last few years, as well as the ever-increasing need to future proof your connection in the event of speed jumps, we’re going to discuss today the best gigabit modems you should investigate buying.

While you could replace the one that comes with your UK broadband provider, you might find – if you’re like me – that the modem has been connected to the wall by screws and zip ties. The story is quite different in many cases for other providers in other regions like the US and Canada. 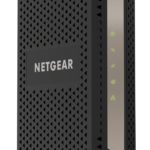 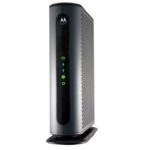 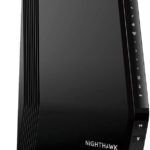 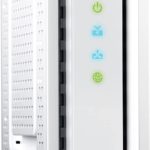 What to look for: DOCSIS

In terms of specifications, you’ll always want to check for the DOCSIS (Data Over Cable Service Interface Specification) is 3.0 or higher and never 2.0. This will immediately cap you at 40~mb/s, severely ruining your fancy gigabit-capable internet.

DOCSIS essentially dictates how fast your connection can go, which as of 3.0, is around 1000mb/s, while 3.1 can do up to 10Gb/s, so if you plan on buying 3.1 capable modems, you’ll want to just know that this thing is going to last a while, as who knows when providers will be able to funnel in the fastest speeds to you?

3.1 also allows for a 1Gbps upstream, so your uploads are about to go haywire once it hits the masses.

What to look for: Channels

Modems run with ‘channels’, which is effectively how many megabits per second they can run – each channel is the equivalent of around 42.5mb/s – so looking for a modem with as many channels as you can set you up for a gigabit connection, with 24×8 channels being the minimum to look for.

The other thing to keep an eye on is that you might want to replace the whole thing with just a singular device, combining both router and modem, but this will limit you if you plan on upgrading later down the line. Some providers do already supply these, but because of the cost of both devices being crammed into one box, the Wi-Fi is often not on par with two individual devices.

You’ll also want to double-check with your ISP if your planned modem upgrade is actually compatible with their service. As you’re tapping straight in, the ISP has control over what device gets the thumbs up and will often have documentation or a website dedicated to telling you which modems and routers you can use.

To check if your modem is compatible, head to the list below for each brand.

Some services like AT&T and Verizon will supply you with a modem that is required as a gateway, but you can use your own router by going through our guide.

Providers aren’t exactly thrilled to lose a portion of control over your service, so we’ve done our best to track down official or community collated lists of modems if the ones we’ve chosen aren’t to your liking:

For starters, the main reason to go for your own modem or router is to cut down on cost. Many providers will ‘rent’ the modem to you, charging around $8 a month for the privilege of being able to pay them to access the internet.

By swapping out the modem, you’re potentially going to alleviate yourself of a couple hundred dollars a year nearly, but ensure you contact your provider if you do make the switch! They might continue charging you and you’d want to dispute that.

So while the prices on these look expensive upfront, think about never having to fork over nearly 200 dollars a year for the next several years the router remains relevant.

We’ve gone through the lists and tried to pinpoint every modem in this selection as one that would work with a majority or all brands. Of course, things could change with your provider and we’ve discounted AT&T and Verizon, due to their harsh gateway needs.

Small, compact, and nearly compatible with every ISP, the Netgear CM1000 (or CM1000v2 in some cases) is pretty much in line with most of Netgear’s products:

Affordable, reliable, and not particularly interesting.

Netgear is the usual go-to, as they usually hit multiple checkboxes for a lot of people.

The CM1000 is DOCSIS 3.1 compliant, making it perfect for future-proofing your network, and other than the ‘more’ vague statement – this would apply to your providers like CenturyLink who are hands-off with this information – it appears to be compatible with almost every gigabit plan available, including Comcast, Spectrum, and Cox.

This router uses a coaxial cable, so it won’t take your fiber plans.

Some providers do support the more expensive and Nighthawk Multi-Gig 2.5Gbps Cable Modem, which literally looks like it dropped out of the CIA’s files.

If you’re deadset on having the best of the best, the Nighthawk CM2000 is the way to go, with its 2.5Gbps max download speed, but you’ll be hard-pressed to find an ISP dishing this out for what a normal human would pay.

On further investigation into this, it seems if you’re based in Ohio, 10Gbps internet for $200 a month is actively available? Who knew Ohio was leading the US in internet connectivity?

Flipping out of nowhere – seriously I haven’t thought about Motorola in years – the mb8600 is a DOCSIS 3.1 modem that is very similar in scope to the prior mentioned Netgear. It supports 32×8 DOCSIS 3.0 in the event of your high-speed connection not supporting the 3.1 standards just yet, with support for pretty much any router or device being plugged in.

Again, this is coax, so you’ll want to keep that in mind if you’re on a fiber connection, but Motorola does tout their easy setup with their QuickStart.

Not all modems are just modems, some come combined with the router and of course, Netgear are there with a ridiculous offering.

Compatible with Comcast, Spectrum, Cox, and more, the Nighthawk CAX80 is capable of outputting the 10Gbps that DOCSIS 3.1 provides, while also supporting Wi-Fi 6, which when it finally is able to finally saturated by providers, will do up to 6Gbps wirelessly.

This device is expensive, but think of it as more of an investment. With rental fees costing nearly $200 a year in some cases, this combo modem router pays for itself into its third year.

This is a massive boon, as if Comcast and its competitors actually manage to bring their experiments to the network, you’ll be able to take full advantage of the 10-gigabit speeds in the next couple of years or so.

Because it’s intended to replace all parts of the connection, there are four Gigabit Ethernet ports, with a singular 2.5GBs port, so you can connect whatever into it, compared to the others.

Arris SURFboard routers appear frequently in these lists, which is just as well, as these DOCSIS 3.1 modems are ideal for those who just want to lead a simple life. It’s compatible with most US cable internet providers, the SB8200 is a great addition to your home network.

If you plan on routing your home with Ethernet or something similar, you’ll be glad to know that this has two 1-gigabit ports on the back, so if you’re technically savvy enough to begin using Ethernet Switches to route your wired internet around the house, you can do so, while also having a router directly connected into it or double up on switches for more wired shenanigans.

Other recommendations for networking

Networking is vital to the modern home and your source of connection shouldn’t be hampered by poor buying choices. The best routers for multiple devices and the best modem/router combos are vastly different things to take into consideration.

But what if you’re someone who’s always moving between rooms or even struggling to get a connection in the bedroom? Well, we’ve got a handy buyer’s guide on some great extenders and mesh Wi-Fi nodes for the home. If you’re in America, I feel sorry for you and your weird ISP rules about modems and gateways, but for those on AT&T, here’s how to use your own router with their gateway!

Of course, the overall choice here is the Netgear CM1000. While there are combination routers out there, this is going to be the mainstay in your home for a few years and you might as well buy the router separately, so you’re not tied to one device in the event of a failure.

We’ve got some great buying recommendations for routers, but knowing that your source of connection to the world wide web is going to be reliable and out the way, is probably the best you can do.

It’s also the fact that it actively supports multiple different ISPs, but always call to let them know that you need to be switched over to DOCSIS 3.1, or you’ll still get the same flat speeds as before.