How do you pick the perfect product for Plex? We help you 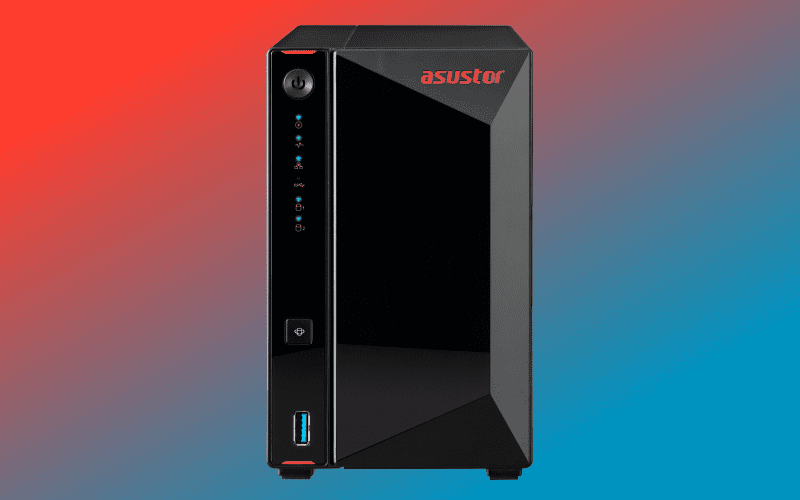 Plex is a global streaming media service and a client-server media player platform created by Plex, Inc. This software can run on a PC, but it is equally at home in the NAS environment. Most modern NAS have Plex in their application collections, and once installed, it can take media content stored on that device and stream it to your media devices, even those outside the home.

The other face of Plex is that it also provides access to streamed TV, podcasts, and live events, and it will even operate as a virtual DVR for this content. In this guide, we’ll be focused entirely on NAS hardware suitable for Plex, an everyday job for a NAS that requires special consideration when choosing hardware for this task. 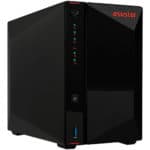 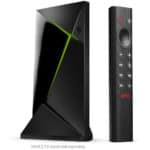 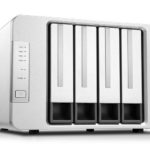 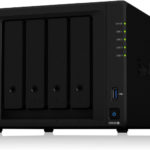 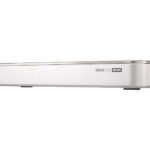 Plex is a very powerful tool, but it requires a level of performance from the NAS that’s generally considered to be above entry-level devices for those that wish to transcode video. During transcoding, video is reorganized from the source encoding and resolution into one that the receiving device requires. Re-encoding the stream for the client display ensures the best performance, typically by not streaming 4K video to a phone with only a 720p screen.

During this operation, video files must be decoded, scaled, have audio reintegrated, and then re-encoded. And this needs to be done quickly enough to allow the stream to play smoothly. Some NAS include extra hardware built to transcode, whereas lesser systems use is entirely dependent on software solutions.

Some processors are sufficiently powerful enough to stream some video resolutions without hardware accelerated transcoding, but having an associated GPU is a massive advantage for those wanting to use Plex to its full potential.

Alongside the sufficient processing power, the NAS also needs plenty of RAM to cache the processing, and obviously, it needs a good number of drive bays to hold the content and boost the performance of the drive system. A conventional hard drive can only operate at around 150-200MB/s, but place four drives in a RAID 5 array, and the overall speed of reading and writing could easily be increased to 500MB/s or more. Alternatively, if the NAS supports SSD caching, it will help the overall performance of the file system.

For those unsure whether a specific NAS device can be used with Plex and, if it does, what level of transcoding to expect, Plex has created a compatibility list worth referring to. Other factors we consider are the cost of the NAS, expansion potential, and if the NAS has HDMI out.

Asustor has been snapping at Synology’s heels for some time, and the AS5202T is a prime example of how it can offer something cheaper and better than the market leader.

Also known as The Nimbustor 2, this NAS utilizes the Intel Gemini Lake Celeron J4005 CPU clocked at 2GHz combined with 2GB of DDR4-2400 memory to deliver the performance Plex requires. The memory capacity can be expanded up to 8GB by removing the 2GB and installing two 4GB of SoDIMM DDR4 in the available slots.

This unit comes barebones, the two drive bays can accept 2.5 or 3.5-inch drives, and you can add another twelve drives using the Asustor AS6004U expansion boxes. Our only reservation about doing this is that the USB ports that connect these boxes are only USB 3.2 Gen 1 (5Gbit/s) spec, where they needed to be Gen 2 (10Gbit/s).

Where this unit is better specified is with dual 2.5GbE LAN ports and the inclusion of a single HDMI 2.0 out. However, the usefulness of these LAN ports is undermined by there being no M.2 SSD cache slots, making the reading and writing of the physical hard drives the bottleneck in this solution.

Overall, for the asking price, the AS5202T has the features that Plex demands, and it can also perform other NAS jobs alongside that requirement.

First appearing in 2019, the Nvidia Shield Android TV Pro is effectively the guts of an Android phone placed inside a streaming box that comes with a handy remote control.

As this is Android, you can install applications from the Google app store, including Plex, and use it to output content to a 4K HDR TV. Where it slightly misses the mark for a NAS box is that the internal storage is very limited (16GB on the current model), though you can attach external USB storage and share that using this device.

The limitations of this equipment are that the ARM CPU in this isn’t up to real-time transcoding even of relatively low-resolution streams. However, it’s a NAS that can play Android games, so that is something most NAS can’t offer.

We only wish Nvidia hadn’t removed the internal 2.5-inch drives seen in the early version of this hardware.

Looking like every other NAS enclosure that TerraMaster makes, the F4-423 is all about the power under the hood and the ability to take four drives internally.

For those looking for something from TerraMaster that’s cheaper this brand offers a dual-drive option, the F2-423, that has the same processor by much less potential memory.

That’s ideal for Plex, and to smooth things along, the F4-423 can be upgraded to 32GB of RAM and have two M.2 NVMe drives (PCIe 3.0) installed to act as caching for the physical hardware drives. Large file transfers are speeded along with dual 2.5GbE LAN ports that can be link aggregated.
If the four bays internally don’t provide sufficient space (up to 80TB), the F4-423 has two USB 3.2 Gen 2 ports, each capable of 10Gbit file transfers, enabling each expansion using external USB storage. These USB ports can also be used to add extra 2.5GbE LAN ports by using adapters if the two default ones aren’t enough.

The only missing feature here is HDMI ports for those that need them.

Where this design fits the requirements for Plex is in having hardware-accelerated video encoding, a decent amount of RAM, dual 1Gbit LAN ports, and up to nine hard drives by using the DX517 eSATA external expansion box. It also has two M.2 NVMe slots that can provide very caching of the conventional hard drives or additional storage options.

For a relatively high cost, some users will be disappointed that it doesn’t offer a least one 2.5GbE LAN, but with a suitable network switch, it is possible to combine the bandwidth of both gigabit LAN ports through link aggregation.

One aspect that might encourage some potential customers to wait is that the DS920+ is due to be replaced this year, though it may be that Synology will not do that. If a new model comes along, it might make the existing DS920+ somewhat cheaper for those interested in this excellent hardware and software combination.

Overall, the DS920+ is a good NAS for Plex, though once you’ve added even modestly sized drives the total price tag could easily exceed $1,000, making it hardly a cheap option.

The HS-453DX is another QNAP NAS that looks like a cable box, making it highly suitable for placing near the TV rather than hidden away in a cupboard.

The impressive side of this NAS is just how much powerful hardware QNAP managed to squeeze inside without resorting to a cooling fan, as this is passively cooled and, therefore, almost entirely silent.

Another design that utilizes the Intel Celeron J4105 quad-core processor, running at 1.5GHz (with burst speeds up to 2.5GHz), the HS-453DX comes with either 4GB or 8GB of DDR4 memory. The 4GB models can be upgraded internally, and while the case is open, the owner can also access two M.2 SATA slots to install solid-state drives alongside the two conventional 2.5 or 3.5-inch drive mechanisms the unit accepts.

The M.2 modules can be used as straight storage or to cache the conventional drives, and those wishing to use the 10GbE LAN port should seriously consider using them to cache.

The final jewel in the Plex embossed crown is that the HS-453DX has two HDMI ports, both the 2.0 spec that can output in 4K at 60Hz, or in HDR.

What makes the HS-453DX less compelling is its high cost and the involved process of setting up the HDMI interface. Making it only suitable for those with big budgets and an above-average level of technical knowledge.

Plex is a powerful software tool that demands plenty from the NAS architecture. Many cheaper NAS include Plex in their application collections, even if they’re not powerful enough to handle real-time transcoding.

The lesson here is to decide what you intend to do with Plex and get a system with enough performance to achieve those requirements. For those merely wanting to use Plex as a sophisticated media management and playback tool, a NAS with hardware decoding and, ideally, HDMI out is sufficient.

But, if you intend to stream content to mobile devices or transcode live streams on the fly, a more powerful machine with additional memory will be required.

Other critical factors include how the contents will get moved on to the NAS storage and the expected speeds of those transfers. A NAS with 2.5GbE LAN ports will be faster than one with 1GbE ports, but only if the NAS has M.2 NVMe slots that can provide caching for the conventional hard drive storage.

Without caching, the NAS will never be able to exploit the throughput of the LAN ports since hard drives just don’t run rapidly enough for the amount of data coming, or going, over the network.

Picking the best NAS for Plex was a tough choice, as this is undoubtedly an area where you get very much what you pay for.

We chose the Asustor AS5202T because it has the LAN credentials and can transcode at 1080p without any difficulties. The only caveat to this design is its lack of M.2 slots for caching. But, it is possible to use one of the two drive bays with a SATA SSD to provide caching for those prepared to reduce the internal drive capacity to a single drive.

It is an easier option to use the AS5304T, the four-bay version of this machine, as you lose only one drive from four in that system, and that flexibility costs an extra $150 over the AS5202T.

For those that already have a NAS, the Nvidia Shield Android TV Pro can be an option, but it will never offer the level of performance of the AS5202T as it doesn’t have the hardware to transcode on the fly.

What’s disappointing is that Synology didn’t have a better-specified machine than the DS920+, but it might release one this year that is more suitable for Plex use, especially in the LAN port options.