Designed to inspire a love for STEM in students, as well as make experimentation and invention more accessible and affordable, the Raspberry Pi is a fantastic source of inspiration for creative projects – there are thousands scattered around the web!

With plenty of choices here whatever your skill level or technological ability, this list is packed full of ideas that might just inspire your next great Pi adventure. 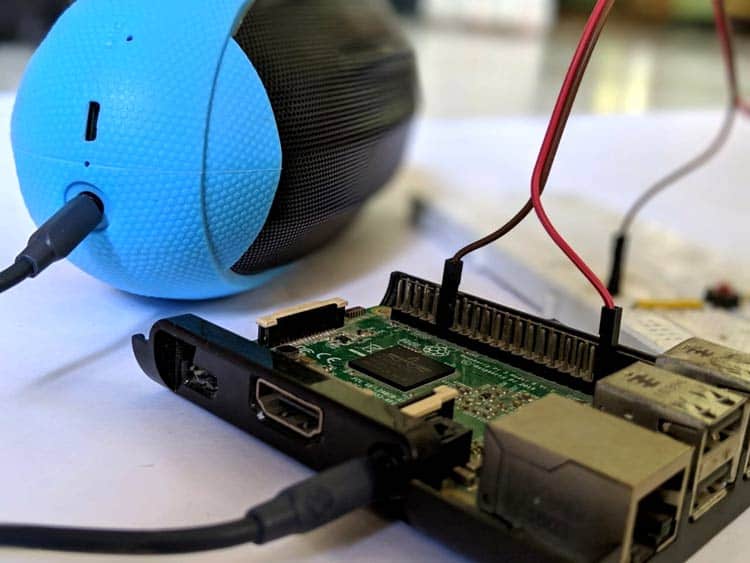 Tired of being unable to get up in the morning, because those ringtone alarms that come with your phone just aren’t cutting it anymore?

Try this simple yet satisfying alarm clock that actually talks to you and will tell you the time when you ask. Unfortunately, it doesn’t shout at you if you ignore it, though perhaps that’s a project idea for when you’ve got some more practise in!

No need to use your Android or iPhone to wake you up, which will probably stop you from forgetting to turn them on or accidentally switching them off.

Being the size of the average credit card, a Raspberry Pi is very minimalist when it comes to physical features.

To power it up, you’ve got to connect it to a power source amongst other things – wouldn’t it be nice if you could bypass some of that effort with a magical button? Conveniently, this project here is dedicated to exactly doing exactly that.

Though it involves a little wiring, it’s nothing you can’t handle thanks to the quality of the instructions.

There’s nothing more grating than the sound of your favorite song played through a tinny mobile speaker. Now that the latest Raspberry Pi devices all come equipped with Bluetooth capabilities, it’s relatively straightforward to turn them into an all-singing – but sadly not all-dancing – portable speaker, so you can enjoy quality music on the go.

It sounds like an expensive endeavor, but it costs a lot less than you’re envisioning, and hey – it’s cooler than just buying one, right?

If you’re lucky enough to own both a Raspberry Pi and a Retropie, you’ll be well-equipped to create your very own games console, for far less than the cost of your average Playstation or Xbox, but just as capable of streaming some classic content for you to enjoy.

Intermediate Raspberry Pi Projects For Those With Existing Skill 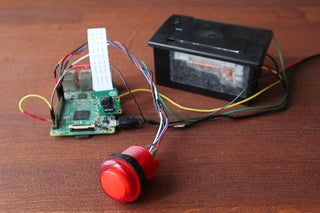 Remember that super fun PS2 game, Buzz? With the buzzers? Everyone went wild for it at parties in the early 2000s? It was a cool quiz about music and TV and other pop culture stuff?

Anyway, if you happen to have some of the old controllers lying around – or score some on eBay – you can live your own quiz show dreams with this epic project, allowing you to develop some super impressive software with the help of some clever coding that’s been very clearly outlined for you to follow.

Want to have some added protection in your home, without shelling out for a home surveillance system and relying on a company to protect you? Provided you’ve got the skills to carry it off, this is a fairly doable method of getting that.

You’ll be sure to have footage should anything happen, and there’s also ways to alert the household in the event of a breakin or disturbance. What more could you want from an interactive camera?

If you’ve ever been on TikTok, you’ve probably seen those people obsessed with labelling absolutely everything they own for the sake of ease or aesthetic. Should you wish to be one of them, without expending as much time, energy or effort, as well as getting some cool technology developed along the way, this is definitely one for you to check out.

Plus, it’s AI! There’s bound to be some funny hijinks when you’re messing around with it! 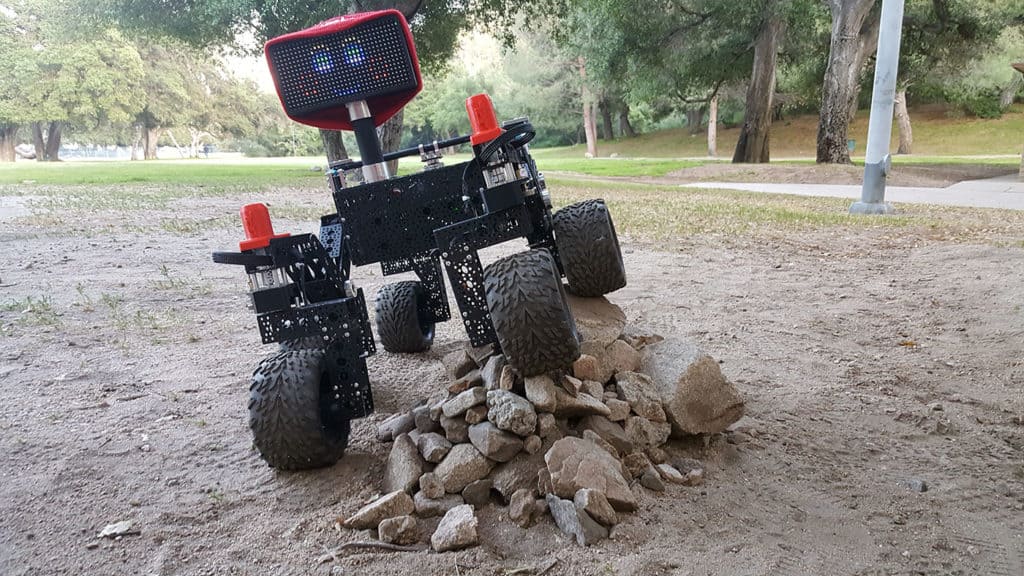 Having faster WiFi and a stronger signal throughout the whole house – or anywhere that’s larger than a few square feet, really –  typically involves contacting your service provider for an upgrade, paying more money, or shelling out for a plug-in extender, most of which don’t do that much anyway.

Using your handy dandy Raspberry Pi and some suitably intelligent coding, you can create one without that much fuss!

The Mars Rover is just adorable!

It roams the red planet doing good for NASA and provides some truly spectacular photography from deeper in space than we’ve ever successfully sent humans. It also sings itself happy birthday every year, which is equally as cute if a little heartbreaking.

If you’ve ever wanted your own personal rover, some of NASA’s team have actually developed a mini version, all with parts that can be picked up off the shelf and put together with just your Raspberry Pi. Who wouldn’t want a tiny piece of space exploration to hang out with?!

Whether you’re looking up something embarrassing, trying to access another country’s Netflix or just don’t want your ISP or anyone else to spy on your Internet browsing or access anything on your computer, the solution is a VPN server.

However, those that are created and maintained by others tend to either cost a monthly fee to access and use, run incredibly slowly or just not work at all, which makes it difficult if you don’t want to pay for the privilege of private web surfing.

With a Raspberry Pi and a few other bits, as well as some all-important coding know-how, you could be setting up your very own VPN server, allowing you to show up anywhere you like in the world when being tracked.

You also won’t have to share web traffic with anyone else if you don’t want to allow access to others, so you should have a much more streamlined and buffer-free experience! 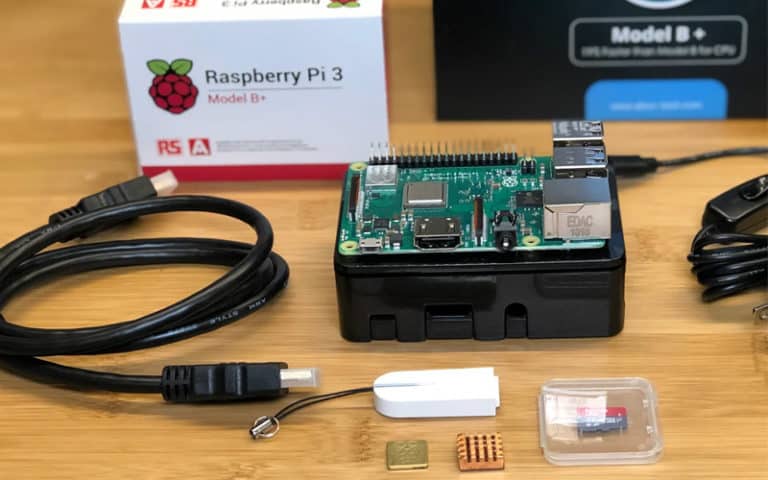 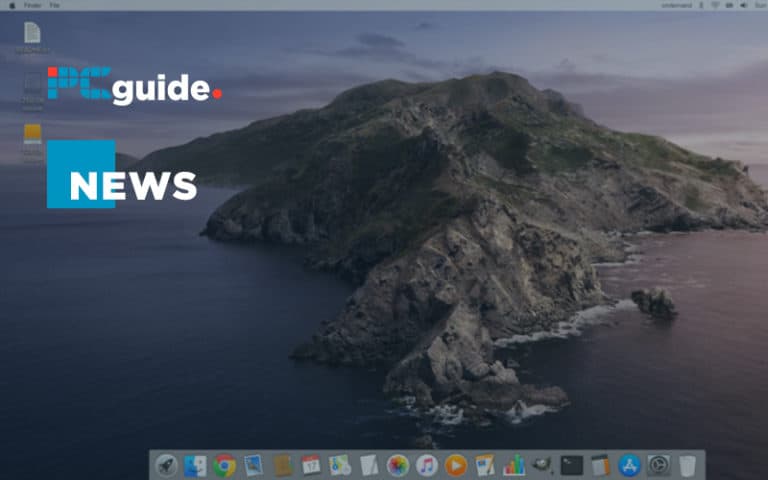