When it comes to gaming, everyone has their own favourite ways to play. Some like mouse and keyboard, others like motion controls, and others (like me) prefer controllers.

And, when it comes to controllers, it’s hard to decide which is the best for PC gaming. Unfortunately for us, Nacon has made that job even harder with their Revolution Pro Unlimited, an official PS4 controller that was designed for Esports professionals and can handle professional-grade multiplayer on a mass-produced level.

Want to know what makes the controller so great? Then check out our full review… 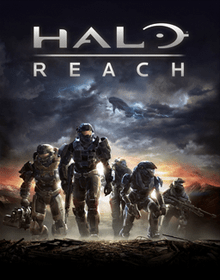 When it comes to Halo, it’s important to remember that even though the Master Chief Collection has been brought to PC, it’s still optimized for use with a controller. With that in mind, I found that the Nacon performed admirably in both online and offline games.

I would say that whilst it was weird to be playing Halo on an official PS4 controller, it didn’t feel wrong. That’s because the Nacon fits snugly in your hand with its close-to-Xbox design, and to cap it off, responds brilliantly in-game.

If you are familiar with Halo, you will know that precision is key in the game, with the arcade FPS style of play running from single-player smoothly into multiplayer. Lining up shots with a DMR is easy thanks to the analogue sticks being incredibly responsive, and the adjustable dead zone meaning that accidentally movement on the stick isn’t a dealbreaker when it comes to headshots.

In fact, using the controller online proved to be a big edge over the competition on mouse and keyboard, thanks to the original Halo: Combat Evolved multiplayer being a little slower and clunkier than its more modern titles. Playing the brand new SWAT playlist for Halo one meant that precision was once again key, and whilst with a mouse aiming could at times feel over-responsive and floaty, with the Nacon controller (and some tweaking within the customizable profiles) it was easy to quickly get a bead on enemy players without too much hassle. 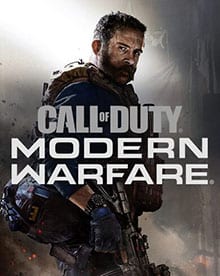 When it comes to shooters, there is always going to be the argument made by PC gaming purists that no controller can touch the performance offered by a mouse and keyboard. However. The Nacon Revolution Unlimited Pro definitely holds its own in the competitive arena.

I first tried out Call of Duty with the Nacon on PC, as I was keen on finding out how it performed against the mouse and keyboard crowd specifically. So, during a hardcore free-for-all match, I learned that as long as you have the controller set up to your exact tastes, then you aren’t going to be struggling too hard.

Like I mentioned earlier in the review, it was so easy to set up a couple of different play profiles on the controller and switch through them as I played. That meant that as I was zipping around the map with an MP5 and wanted to just keep in constant motion, I could have the controller set to respond incredibly quickly. Then, when I felt like becoming a low down, dirty camper I could easily switch to my slower, ADS specific profile and pick people off from wherever I was hiding. And, should I need to run away, I could easily switch back.

This feature was really handy in the new Call of Duty: Modern Warfare Warzone, where you can go from vast open spaces to clearing a building with tight corridors within seconds. That interchangeability and flexibility in a controller really shone through in those times and seeing as I tried out Warzone on both PS4 and PC, I can happily report that the controller did great on both – but I did notice that I had a slight edge when playing on PS4

Maybe that just goes to prove that the Nacon Revolution  Unlimited Pro performs better than the standard Dualshock 4 in a competitive arena? 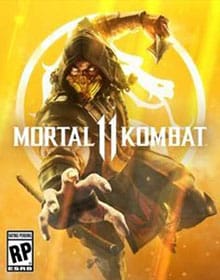 I think that a great way to test a controllers responsiveness is to play fighting games – they demand precision, timeliness and ease of use, so if you perform any worse than you would on a standard controller, you know that they aren’t worth your time.

Also, they are a great way to test a d-pad. So, I booted up the newest Mortal Kombat, and discovered that the Nacon Revolution Unlimited Pro is definitely up to the standard when it comes to online fighters.

You are rarely going to find yourself slipping on the d-pad (no more messed up combos), and the shape of the controller is ideal for those demanding input patterns that Mortal Kombat is famous for.

Sure, the customization of the controller profiles helped in a small way (with the sensitivity of the controllers triggers dialled up to 11), but the real victory here was how the Nacon performed at its core – just a very well designed controller, that sits in your hands well with a button layout that allows for quick input and reactions

Basically, the Nacon Revolution Unlimited Pro is the controller to go for if you are used to playing on a pad and want to take that to your PC gaming life.

It works phenomenally on both PC and PS4, and whilst it isn’t supported on the Xbox, I can assure those gamers that if they need a reliable way to play on PC (and want to sidestep the best gaming mouse and keyboard combos out there), then the Nacon is a very reliable choice to go for.

The level of customization available for gamers here is admirable, with different layouts and player profiles available to choose from, making this both a great controller out of the box, and 6 months down the line when you know exactly how you like to play with it.

Make sure that you don’t skip over the Nacon Revolution Pro Unlimited if you are considering using a controller when gaming, It’s got a premium price tag but it’s definitely up there among the best on the market to date.