Some time ago now I bought my first robot vacuum cleaner. It wasn’t one from the big brand at the time, it was about a quarter of the price, and yeah it did a job scooting around picking up dust. It didn’t last overly long, the battery failed before too much time had passed, and somewhere along the way it ended up at the rubbish dump never to vac again.

It’s 2022 now however and I decided it was time to get back to the future. With a cat and dog, along with two young kids who are equally as filthy, it seemed time to look for a way to reduce the time we spend generally cleaning by bringing in the assistance of a little robotic friend. And that friend is made by Yeedi.

You may not have heard of Yeedi before but they are starting to make a name for themselves in North America and Europe by producing high-quality robot vacuum cleaners, packed with an array of different options at a price that is wholly more acceptable than the big named brands.

We are looking here at the Vac Station, which is at the upper end of the price tags of Yeedi’s but for the extra cash it not only vacs but mops and even empties itself after each run. Your only participation in things is to set the app up initially and try and remember to pick all the trailing phone charger wires off the floor that your 13-year-old has dumped there.

The Yeedi Vac station comes in a surprisingly large box, but most of this is taken up by the charging and emptying station. The first dilemma for us here was where to put it. It doesn’t;t look bad, but you don’t want it next to the coffee table in your lounge. While it is a conversation starter it is still better hidden away to some extent.

The entire unit is in a nice neutral white. Screw the charging plate to the emptying bit with the supplied screwdriver, always a welcome touch, and find a space for it to live. We chose a spot behind the kitchen table, largely out of sight and discreet enough to freak the dog out every time it sets off, which never fails to amuse me.

After a quick charge to full capacity (we left it a couple of hours but probably didn’t need to) we set it off on its first clean – just a vac, not mopping at this stage. On the first run, the Yeedi will map out your rooms and store them in its onboard memory. A camera on the top of the robot will help to locate itself should it get lost by using your ceiling features as a guide.

The mapping doesn’t take that long, and as it goes it will vac as well. Our downstairs took about 45 minutes to complete its first run after which I was promoted by the app to save the map and I could then assign areas and room names – although you can’t edit these weirdly and there is no option for hallway. As our map traversed our kitchen, hallway, and lounge this annoyed me more than it should!

After that it’s pretty much invisible to your life if you set it to do its cleaning run while you are out of the house, you would never even know unless you checked the app for status reports – you can actually watch its progress with the app and send it back to charge if it suddenly fires up in the middle of an unplanned Zoom call with the boss.

Mop till you drop

Mopping is simply a case of filling the water tank and attaching the mop plate to the underside and the Yeedi will mop and vac as it goes. We have a relatively expensive rug in the lounge and I was wary it was about to get ruined but the Yeedi has built-in sensors that fire up in mopping mode to keep it away from such soft furnishings. nice touch.

When it has finished its cleaning duties it will head back to the station and begin charging before a noise like a jet plane taking off kicks in as all the debris is sucked from the Yeedi into the bin. You won’t need to worry about emptying this for a few weeks though.

Before you know, about 35 minutes in my case the job is done and you have time back on your hands, and your house is considerably more hygenic for it.

Clean without the effort

So is it any good? Yes actually, it’s really good. Even with daily vacuuming, our pets generate an annoying amount of hair floating around the place, and having the Yeedi set-off and suck it all up before we get back home is a boon. It does a thorough job and just helps us keep on top of one of those annoying gigs you could well do without.

Do you need one? Well, it’s an obvious extravagance, but so is a dishwasher. If your time is important to you, now more than ever, and you hate the chore of vacuuming you would be mad to not jump into the robot vac revolution.

of how well it actually cleans and mops, the Yeedi does a pretty good job. If you mop with it regularly you will see better results as, once again, it just keeps on top of the cleanliness of your house. It’s marginally fiddly to attach the mop plate every time you need it, but in comparison to doing the job yourself, it is an obvious time saver.

I’m not sure we could live without our Yeedi now. 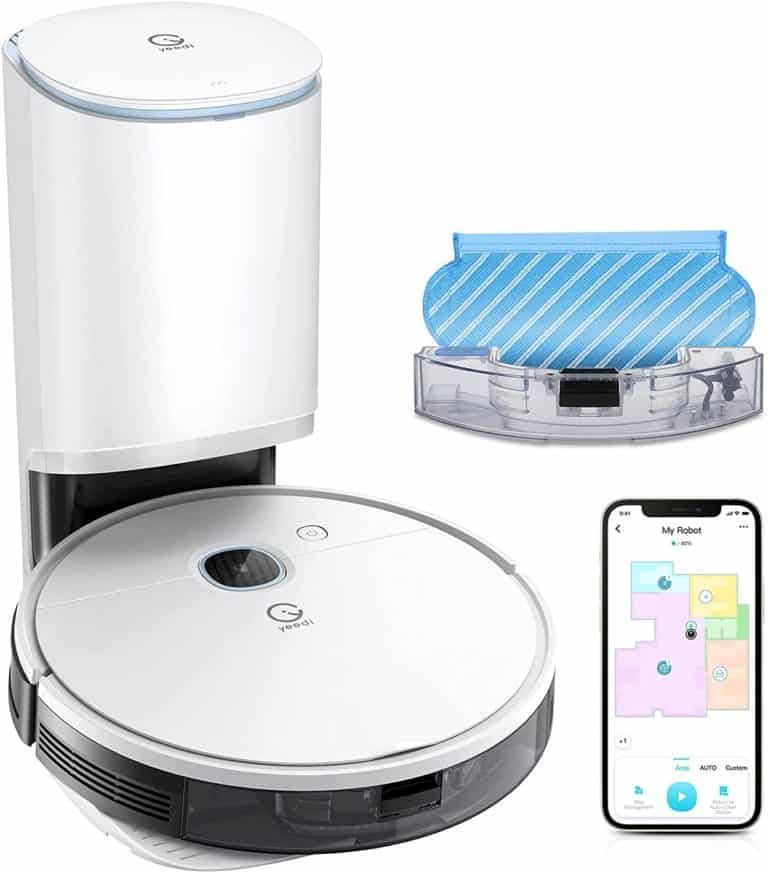