Black Friday computer deals are here and there’s some of the deepest discounts of the year on all manner of gaming and office PCs.

With new processor and graphics card generations appearing in 2022, winter sales events should see the largest price cuts yet on previous-gen hardware.

That’s arguably the biggest appeal of the Black Friday computer deals. It’s been a long time since we last had representation from the latest graphics cards and processors.

Production of both was heavily impacted by the semiconductor shortage. However, at the tail end of 2022, things are certainly in a more encouraging place than they’ve been in the last two years here.

Raptor Lake, Ryzen 7000, and more launches have appeared in recent months. So there’s now a good supply and savings on older (but still top!) products. Below are the top deals we’ve seen so far for anyone seeking a new PC. 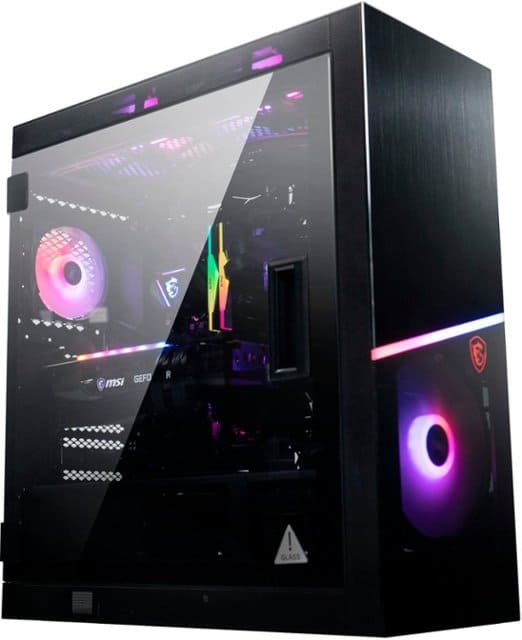 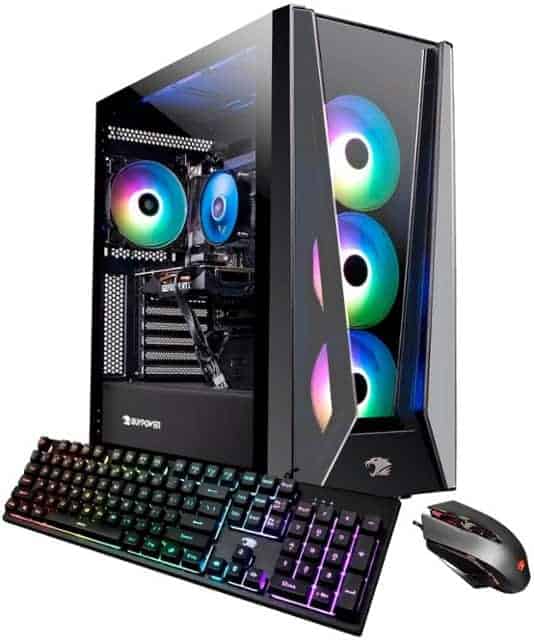 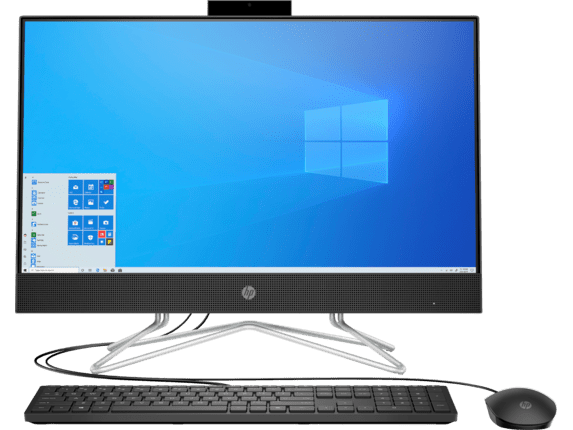 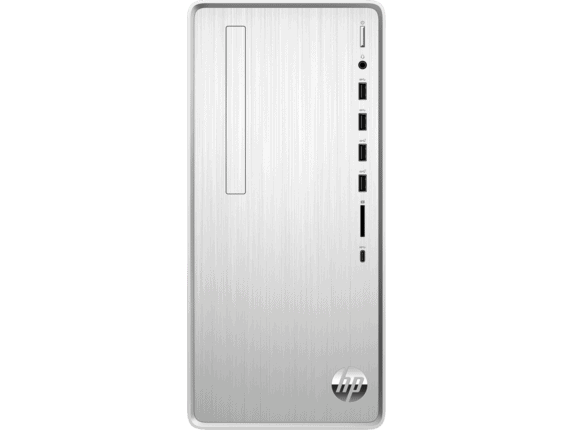 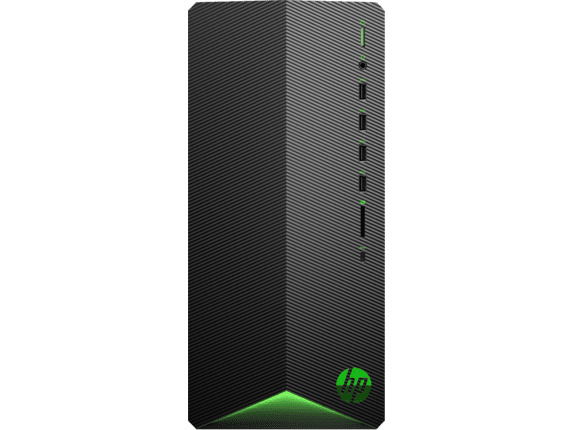 Where to find the best Black Friday computer deals in 2022

Historically speaking, the three biggest names in the Black Friday computer deals are Amazon, Best Buy, and Newegg and that’s unlikely to change this year. Casting our minds back to the previous winter sales event, these three retailers dominated in the US market, with the UK holding its own with Ebuyer, Overclockers, and Scan, too. These are your first ports of call ahead of the sales:

Thinking back on previous years, these were some of the best Black Friday computer deals around. As is evident, there was representation from the likes of MSI, iBuyPower, HP, Skytech Gaming, and more. Generally speaking, we see a pretty even mix of manufacturer-made models and boutique-built options. Most brands are considered in these sales events.

When will Black Friday computer sales start in 2022?

Black Friday 2022 is happening on November 25. It should be said, though, that the deals themselves could roll out a good while earlier than this. This is because many online storefronts will attempt to do out each other in a rival bid for market supremacy. For the end consumer, that means the best prices available online. The deepest savings are generally reserved for the day itself.

This is a trend that we’ve observed over the past couple of years especially. Speaking from experience, the date is more of a window than a strict 24-hour period. This is because deals roll out over the weekend and some even spill into Cyber Monday, too. We recommend keeping an eye on all your trusted retailers in the week leading up to sales coverage so you don’t miss anything.

How to get the best Black Friday computer deals

The one bit of advice we can offer is not to spend in one place. As Black Friday is an incredibly competitive time period for all storefronts in the US and the UK, as well as across the world, the deals will extend far and wide. It can be easy to go snowblind with so many options, but you can keep one step ahead by analyzing the price history of what you’re after.

For instance, this year’s events will feature RTX 30 series and RX 6000 GPU-powered machines at their historic lowest ever prices. These models, which have been iterated on frequently throughout the past two years, are already selling cheaper than they were at the beginning of the year. Using tools such as CamelCamelCamel, for Amazon, and Honey for other online stores, you can stay focused on what you want for less.

Features to consider when looking for Black Friday computer deals

Not every gaming PC is created equal, and the same can be said of Black Friday computer deals. It’s worth reiterating that no one wants to pay over the odds for hardware, and fortunately, you won’t if you keep these tips in mind.

Price of the computer

Roughly speaking, we can categorize the price of gaming PCs by which graphics cards are used inside of them. This can be cross-referenced with the current market values of rigs running the RTX 30 series, which are likely to reach historic lows, as they did last year, too. (Including Ti variants).

These are rough estimates based on what these computers are selling for right now. It’s entirely possible that the prices could be even cheaper when considering the choice of processor and amount of RAM, too. In certain aspects, we’re also seeing rigs cheaper than this as well. It’s a similar story for current-gen RX GPU-powered machines as well. (Including XT models).

Computers are an investment, and no one wants to throw serious money at a new machine only for it to struggle soon. Some of the cheapest gaming PCs available at selling with AMD Ryzen 3000 and Intel Core i5 10th generation. While serviceable, you’re going to want to aim for a newer chipset generation inside your machine. Deals are common on current gen equivalents.

Some retailers will be attempting to shift older stock at cheaper prices. However, these older processors will be long in the tooth, especially with the anticipated arrival of the Ryzen 7000 line and Raptor Lake. Weigh up whether an older CPU is worth it to save money, but we would suggest keeping the 11th Gen Intel and Ryzen 5000 series as what you look for at a minimum.

What are some of the best computer brands to buy on Black Friday?

While there’s no definitive best PC brand, as taste is subjective, some of the best value-for-money manufacturers include Asus, HP, and Acer. As far as higher-end models are concerned, there’s Dell’s Alienware line, as well as the Corsair One series. Boutique brands to watch out for include Skytech Gaming, ABS, and CLX.

It’s currently known if Ryzen 7000 and Intel Raptor Lake machines will be discounted. Even more unclear is whether rigs with the yet-to-be-announced RTX 4000 series will have their prices slashed. Due to the fact that these PC parts are confirmed, if not rumored, to release shortly before the end of September, it seems unlikely. We’ll keep you updated should this change. 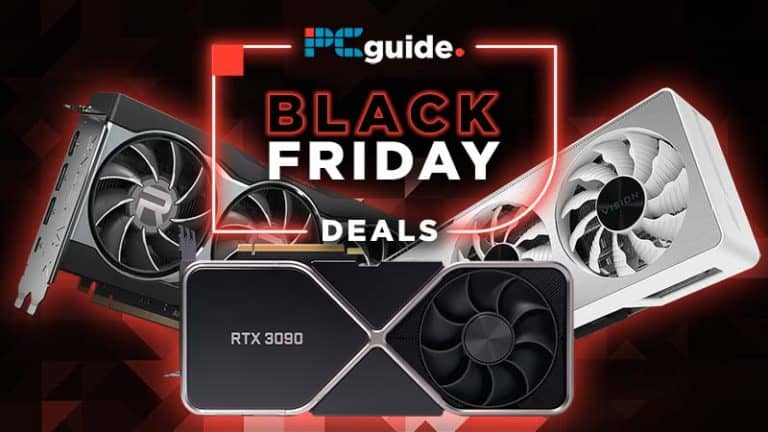 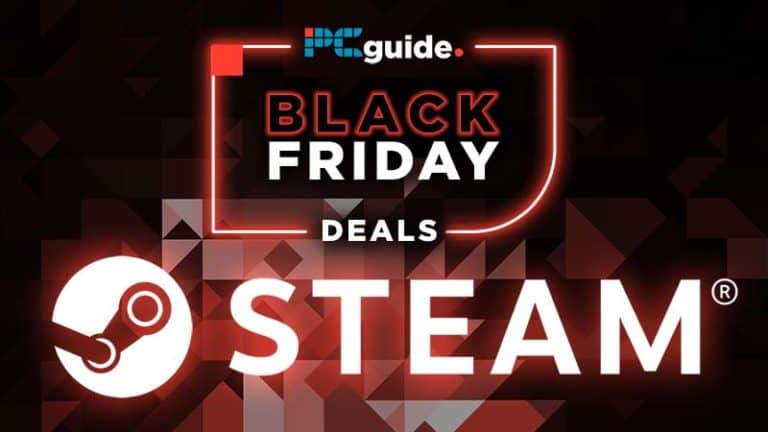 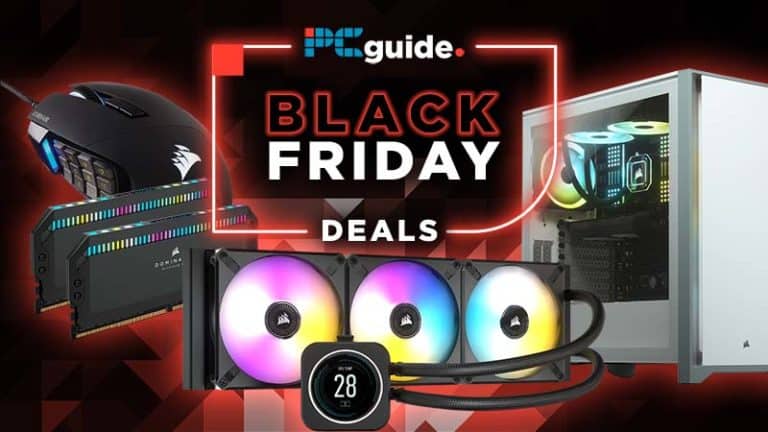