Black Friday GPU deals aren’t too far away now. We’re only two months away from Winter Sales events with expected huge savings on all current-generation graphics cards from both AMD and Nvidia. While the savings are sure to be extensive on the RTX 30 series and RX 6000 line, it’s possible that there will also be offers on the latest from both teams red and green, too.

What’s particularly encouraging about the Black Friday GPU deals in 2022 is the state of the graphics card market. You see, for the most part, the GPU drought caused by the semiconductor has largely come to a close. We’re now seeing many of the latest Nvidia and AMD video cards available well below MSRP in both the US and the UK. A promising picture to be sure.

While the Black Friday GPU deals aren’t upon us just yet, there are offers right now worth considering. We’ve rounded up some of the deepest discounts and substantial savings for those wanting to act sooner rather than later. Considerations have been made for budget, mid-range, and high-end options.

Where to find the best Black Friday GPU deals

You can find the best Black Friday GPU deals at a variety of different retailers. In the US, we’ve historically seen that Amazon, Best Buy, and Newegg have the deepest savings on the latest models. In the UK, it tends to be Amazon, Currys, and Overclockers UK. Canada is all about Newegg and Amazon. There are exceptions to the rule, but these are where we recommend starting your search.

As the GPU market was turbulent last year, some of the deals available weren’t as extensive as predicted. However, there were some solid offers representing both sides from the current generations and the budget side of the scale alike. These were the kind of Black Friday GPU deals you could expect last November.

While we’re optimistic about the upcoming Black Friday GPU deals, it’s not guaranteed that all models will be discounted. Because of this factor, we recommend keeping an eye on prebuilt machines if you’ve got something more specific in mind in 2022.

When will Black Friday GPU start in 2022?

Black Friday 2022 will take place on November 25. However, as we’ve seen from the past few years, the Black Friday GPU deals themselves generally begin a little earlier. Many retailers, especially Amazon, Best Buy, and Newegg, want to get in early with spotlight deals.

It should be said, though, that the best deals will be reserved for the day itself, and Cyber Monday to a lesser extent. You’ll want to keep the date in your calendar to ensure you don’t miss out. Doubly so if you’re on a tight budget. 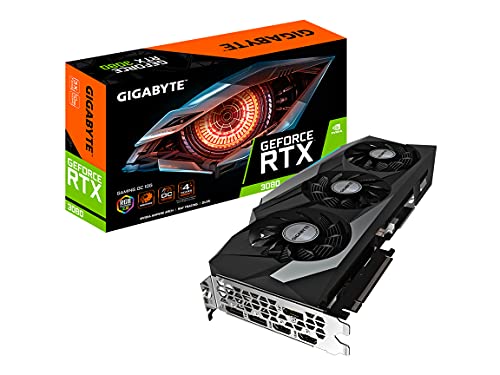 How to get the best Black Friday GPU deals

Generally speaking, if you’re after some of the best Black Friday GPU deals then you need to shop around at more than one place. Many retailers are constantly battling each other to offer the greatest discounts. For example, if you have a particular model in mind, check the likes of Amazon and then hop over to Best Buy and Newegg to see who is selling it cheaper.

Comparing prices and specific models is the ideal way to get your hands on the best deals available. No one wants buyer’s remorse missing out on a special saving because they pulled the trigger too early. This goes both ways, too. Amazon itself usually offers its “Lightning deals” which can highlight some of the most aggressive discounts for a very limited time.

For those wanting accurate price comparison, extension tools such as CamelCamelCamel and Honey can provide you with up-to-date market analysis. These plugins are helpful as sometimes the prices can fluctuate around the two-day period. That way, you’ll know with confidence that you’re getting the best deal on the day.

Features to consider when looking for Black Friday GPU deals

The top three features that you want to look out for with Black Friday GPU deals are fairly straightforward. Firstly, you want to consider your budget for a graphics card based on what you want it to do. For example, if you’re a casual gamer, then something on the cheaper end of the spectrum would work.

The enthusiast-level video cards often see the deepest discounts, however. It’s entirely possible for flagship models to see hundreds of dollars knocked off the sticker price, doubly so now that current deals are enforced. Evaluating how powerful a graphics card helps with this. The numerical rating of the GPU indicates its power, with higher numbers meaning more grunt.

Lastly, you will need to take the video card’s physical size into account. Some larger GPUs, such as the RTX 3090 Ti, are three-slot cards, meaning they take up the most room inside your rig. If you’ve got a smaller gaming PC then you’ll want to opt for a two-slot video card. Mid-range options may be the best middle ground here.

Should I be excited about the Black Friday GPU deals?

If you’ve been disappointed by the last two years of deals then we wouldn’t blame you. What is worth getting excited about with 2022’s offerings, though, is that there are many discounts on the latest GPUs. Everything from the cheapest to the most expensive models has had their respective MSRPs slashed. What’s more, rates across the board are at an all-time low.

Does AMD or Nvidia have the best Black Friday GPU deals?

Roughly speaking, there’s a fairly even split between both AMD and Intel on the day. We have noticed in recent years, though, that AMD tends to be more forthcoming with its models going on sale. That’s to say nothing of the Intel Arc Alchemist A-series, which should be released by the end of November. It could be a three-horse race for the first time.

It’s unlikely, though not impossible, that the latest from Nvidia and AMD will be discounted in the winter sales events. Historically, we saw a few minor savings on the Ampere line when it was released back in 2020. However, this isn’t something to bank on, especially given the slight price increase we’re likely to see from both GPU manufacturers.