The upcoming Black Friday motherboard deals are on the horizon with a lot to be excited about. This is because we’re getting an entirely new chipset generation from both AMD and Intel, with the former switching socket altogether. As anyone who upgrades their rig annually knows, a brand new motherboard can be incredibly pricey. That’s where these offers should come in handy.

Anyone who remembers how expensive many Z690 boards were at release will know the value of Black Friday motherboard deals. For those gamers wanting an AM5 socket for their Ryzen 7000 CPU for less, we’re hopeful these discounts will take the sting out of the investments. The same can be said for 12th Gen Intel Core and the upcoming Raptor Lake, too, (LGA 1700).

While Black Friday isn’t here just yet, there are still some great motherboard deals to consider ahead of November. These are the best that we’ve been able to find on some of the more in-demand models for less.

Where to find the best Black Friday motherboard deals

The best Black Friday motherboard deals are available at many different retailers. Generally speaking, we’ve found that Amazon, Best Buy, and Newegg in the US tend to be the reigning champions on the day. In the UK, the slant is generally more towards Amazon and Ebuyer. Below, we’ve outlined what you can expect from the best retailers on the day where you are:

The previous winter sales event gave us some of the lowest prices seen up to that point on the then recently released Z690 motherboards. The launch of the LGA 1700 socket boards meant some aggressive pricing on the previous Z590 models, too. Being on the market for longer meant that AM4 sockets saw the widest availability and consistently strong savings as well.

When will Black Friday motherboard deals start in 2022?

Black Friday is happening on November 27, 2022. However, we have seen in the last few years that the motherboard deals could begin significantly earlier depending on the retailer. This is especially true in the US, with Amazon launching ahead of schedule with some of the deepest discounts of the year before the fabled day itself arrives. Naturally, other storefronts follow suit, too.

It’s become a bit of a trend to run with Black Friday motherboard deals early in an attempt to garner the most market share. We should stress, though, that the deepest discounts are on the day itself. Whether or not you want to pull the trigger early will depend on the money off. We’ll be bringing you up-to-date information nearer to the time with confirmation as it happens.

How to get the best Black Friday motherboard deals in 2022

Shopping around is the ideal way to get the best Black Friday motherboard deals. Fortunately, it isn’t too hard to compare and contrast which retailers are featuring the latest savings. If you’re based in the US, you will want to cross-reference your model of choice at Amazon, Best Buy, and Newegg to make sure you’re getting the best price possible.

What’s more, browser extensions, such as CamelCamelCamel and Honey, give you a thorough and accurate account of a deal’s price history. With these tools, you can double-check the current price against the rates before the winter sales events. Sometimes products are cheaper before the day itself, and other times the sticker price can change multiple times on the day, too.

Of course, we’ll be utilizing our previous peak trading experience to bring you all the must-know deals as they come hot off the presses. If anything’s true about Black Friday motherboard deals is that the budget models tend to go the quickest, too. Something to keep in mind if you’re making a budget build this year. 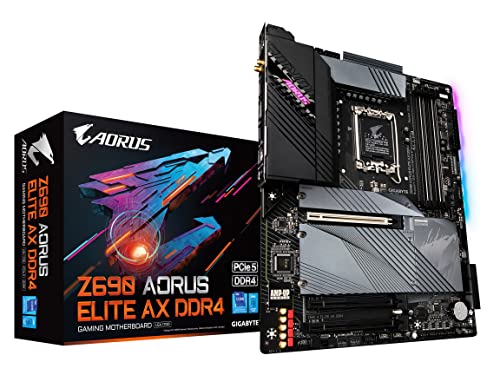 Features to consider when looking for Black Friday motherboard deals

The essential features to consider when picking up a new motherboard on the day are its price and the socket that it’s made for. The biggest change between this upcoming sales event and previous years is the AM5 socket and the reiteration of LGA 1700 with Raptor Lake.

It’s important to remember that while AM5 socket motherboards for Ryzen 7000 are exclusive to DDR5 RAM, LGA 1700 socket boards are not. This is going to impact your decision, as the faster memory type is more expensive than its DDR4 counterpart still. Generally speaking, the motherboards also follow suit, with their DDR4-only variants selling significantly cheaper as a result.

Lastly, there’s Gen 5.0 SSD compatibility to consider, too. The first PCIe 5.0 NVMe drives will launch alongside AM5 sockets in late September, so those wanting the fastest storage possible could be in luck. It’s possible that motherboard and SSD bundles will be available from certain retailers as well.

Will AM5 socket motherboards be discounted on Black Friday?

It’s possible that AMD’s latest compatible boards will receive savings on the hotly anticipated sales event. What deals will be available, though, will likely be minor between $10 – $30 dollars depending on the sticker price.

Will budget motherboards be available on Black Friday?

It’s not all about the bleeding edge. Those wallet-friendly PC gamers should be able to save the biggest amount of money on the previous generation from both teams red and blue. This should mean record low prices on AM4 socket and LGA 1200 models.

Are DDR5 motherboards worth it?

DDR5 is the latest RAM generation utilized by the newest and fastest CPUs on the market. Intel users have had access to the faster memory type since Alder Lake launched last year. AMD-based gamers will exclusively use DDR5 on the AM5 socket boards, which come in three different varieties.