After much hype, the Ryzen 7000 series of processors has launched, which means support for PCIe Gen 5.0 SSDs is coming sooner rather than later. The chipset and graphics card manufacturer is the first confirmed company to offer support for the latest generation of storage. We’re bringing you everything you need to know.

Now that the compatible AM5 motherboards have hit shelves both real and virtual, it shouldn’t be long for PCIe Gen 5.0 SSDs to begin shipping. Fortunately, we’ve seen a little more action on the storage front from some of the biggest names in the industry, so there’s a lot to look forward to.

We’re bringing you all the information on where to buy PCIe Gen 5 SSDs where you are. What’s most encouraging is that many memory makers have been confirmed to have support for AM5 socket’s new standard. 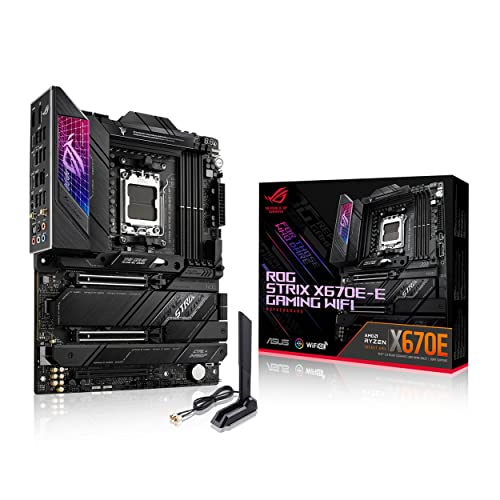 This includes Asus, Crucial, MSI, Sabrent, Gigabyte, Seagate, and PNY, among others that we’ll detail below. We’ve rounded up all the best retailers to get yourself one of the first Gen 5 SSDs when the next chipset generation is upon us.

We’re going to be seeing unparalleled sequential performance compared to what’s been possible with Gen 4×4. PCIe 5.0 will offer exceptional rates of up to 13,000 MB/s read and 12,000 MB/s write, which is 60% faster than some of the best NVMe SSDs out right now.

Now, the first PCIe 5.0 Gen 5 SSDs will work with current-gen Intel processors, and the upcoming Raptor Lake, too. So things aren’t limited to Zen 4. If you’re at a crossroads of which processor gen to buy, our Ryzen 7000 vs Raptor Lake feature will bring you up to speed.

The first PCIe Gen 5.0 SSDs should begin to roll out soon now that the Ryzen 7000 series has dropped. We do not yet know which day-one drives will launch alongside AMD’s new processor line, however, we’re expecting representation from the usual suspects.

A few Gen 5.0 SSDs have been unveiled ahead of the event and these are the models we’re going to be focusing on. These include the Apacer AS2280F5, Corsair MP700, and Zadak TWSG5. All of these models are pushing the boundaries of the new tech straight out of the gate. We’ve also now got the confirmed existence of the Gigabyte AORUS Gen5 10000 SSD, too.

We’ll be bringing you more confirmed models as they roll out ahead of the release. More established brand storage names are on the way, as we’ve already heard rumors about an upcoming Samsung 980 Pro successor. We’ll keep you posted for more developments.

No official pricing has been stated for the PCIe Gen 5.0 SSDs we’re featuring, however, it’s likely to remain largely in line with top-end Gen 4.0. For instance, the Corsair MP600 Pro LPX, the brand’s current flagship, carried an MSRP of $370 at release. Based on this, we can estimate that many high-performing models will hover around the $350 – $400 mark depending on the manufacturer. We’ll be bringing you more as we learn.

Where to buy PCIe Gen 5.0 SSDs

PCIe Gen 5.0 SSDs will have read and write speeds of up to 13,000 / 12,000 MB/s respectively. As a frame of reference, the current standard for NVMe drives, Gen 4.0, maxes out at around 8,000 MB/s. This is an increase of around 60% and consistent with the jump we saw between the previous generations. This is achieved through NVMe 2.0, significantly faster than NVMe 1.4.

It’s been confirmed by a representative from Phison that PCIe 5.0 SSDs could run significantly hotter than previous models. Because of this, thicker heatsinks could be needed than what we typically see accompanying motherboards or aftermarket solutions at the moment. Active cooling could be in question, as suggested by the ElecGear M.2 2280 SSD Cooler.

It’s worth noting that Gen 4.0 NVMe SSDs ran hotter than their older Gen 3.0 equivalents. In a report published by WCCFTech, the company claimed that while it heavily recommended a heatsink for Gen 4.0 drives, a heatsink for the upcoming generation is essential to avoid thermal throttling or damage.

What controllers will Gen 5.0 SSDs use?

Arguably the biggest name in upcoming Gen 5.0 SSDs is the Phison E26. This company is responsible for some of the fastest NVMe drives on the market with its existing E18 controller, so the anticipation for 5×4 compatibility shouldn’t be overlooked. Also of note are the Silicon Motion MonTitan, Microchip Flashtec NVMe 4016 PM8667, and Marvell Bravera SC5 MV-SS1333.

These are just a few controllers that we know about, with more sure to come powering the newest line of storage drives. We’re confident that manufacturers such as Western Digital and SK Hynix will have their own developed in-house controller, too.

Are NVMe SSDs better than SATA?

You can expect your average SATA SSD to deliver around 600 MB/s of sequential reads and writes. In contrast to this, the upcoming PCIe Gen 5 SSDs, which are built upon NVMe 2.0, can deliver up to 20x the performance. What’s more, NVMe SSDs are significantly smaller and can be installed directly onto your motherboard.

The major advantage that SATA models have is price-per-gigabyte. Gen 5.0 SSDs will be expensive, especially in higher configurations such as 2TB and 4TB.