It’s launch day for AMD Ryzen CPUs! While it’s a little early in the day for full availability, we’ve started to see the Zen 4 chipsets available at the likes of Amazon and Best Buy in the US. If you’ve waited for a new PCIe 5.0 compatible chipset generation then now could be the right time to invest. If you’re after where to buy Ryzen 7000 then you’re in the right place.

That’s what’s so exciting about the AMD Ryzen 7000 processors, but the key to it all is performance overall is the 5nm process. Taking the silicon down smaller from the already industry-leading 7nm of Zen 3 means maximizing what’s possible on the platform. Fortunately, with mainstream, mid-range, and high-end options, everyone is catered to, below.

Where to buy AMD Ryzen 7000 processors

We’ve seen a few online retailers have either full stock pages or placeholders for the Ryzen 7000 chipsets, most notably Amazon and Best Buy. The former is actually selling the processors right now, but keep in mind that the prices could be inflated passed MSRP. If you want to get in on the ground floor then that’s the option available to you. Otherwise, waiting a while could be best.

What makes the Zen 4 architecture stand out from the previous generation of chipsets is the adoption of a new socket type, AM5 (LGA 1718 pin) motherboards in their various configurations. This means that you’ll need to adopt a PCIe 5.0 ready board to slot the Ryzen 7000 CPUs into.

The requirement for a new socket type comes with the adoption of PCIe 5.0, which is set to be the new standard in terms of available bandwidth on the platform. You’re able to make use of DDR5 memory, and the first wave of Gen 5.0 NVMe SSDs, too, for some serious speed across the board.

Now, there are several different entries in the upcoming Ryzen 7000 family to be aware of, and we’ve done our best to evaluate each one based on your usage needs as well. Here’s where to buy AMD Ryzen 7000 CPUs where you are.

The battle between AMD and Intel is getting intense; our Ryzen 7000 vs Raptor Lake explainer goes into more detail.

The processor line is now available, as its launch date was September 27. After being initially unveiled at CES 2022 back in January of this year, AMD officially announced the model names and pricing structure for the AMD Ryzen 7000 processors on August 29.

The previous generation dropped in November time and owing to the semiconductor shortage as a result of the pandemic, it’s safe to say that people were anticipating these chipsets a little later with the “Fall 2022” language used prior to this announcement.

Keep in mind that while the Ryzen 7000 processors will release at the end of September, there is a staggered launch window for different AM5 motherboards, as while some will coincide (such as the mid-range X670 line), others (budget B650 models) are coming later. If you’re a budget builder then you may want to hold off compiling your components until October just to be on the safe side.

Ryzen 7000 processor prices and naming conventions are consistent with previous generations. Launch day will see four total models release as rates start at $299 for entry-level chipsets and scale up to $699 for the enthusiast-grade CPU. Here’s a quick rundown of the respective MSRPs and what to expect on the day.

It’s fair to say the new generation of AM5 processors offers a clear leap in capabilities, with even the 7600X besting the former flagship 5900X CPU in single-core and gaming benchmarks. 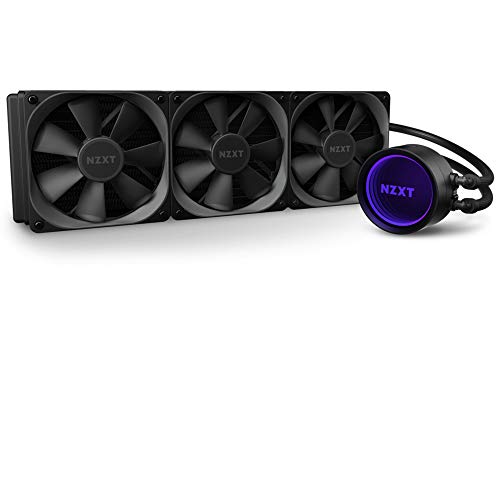 What’s new about the Ryzen 7000 processors?

The Ryzen 7000 CPU family is built upon AMD’s new Zen 4 architecture which has been designed from the ground up for PCIe 5.0 compatibility. This means being able to utilize much faster bandwidth speeds than what is currently available. It’s a new standard allowing the processors to reach higher boost clock speeds, exceeding the 5 GHz mark, as well as DDR5 memory, and superfast Gen 5 NVMe SSDs, too.

There are four different Ryzen 7000 processors launching on September 27 from entry-level to enthusiast. Generally speaking, if you’re someone who wants to budget build and game in 1080p and 1440p, then the Ryzen 7 7600X, with its 6-core (12 threads) should be enough for you. However, if you’re someone who wants to push the latest games to their limits in 4K, and indulge in streaming and content creation, then you may want to consider the Ryzen 9 5900X, as its 12-core (24 threads) framework has far more power under the hood.

Will my existing air coolers or AIO work with these AM5 socket processors?

Yes. AMD confirmed back at the company’s Computex 2022 event that all existing AM4 coolers, both made by the brand and aftermarket options, are fully compatible with all AM5 socket motherboards. This means that there’s no need to ditch your existing pump and radiator setup or air cooling block. While the TDPs are a touch higher than what we saw with Zen 3 architecture, these coolers should still do the trick according to the manufacturer.