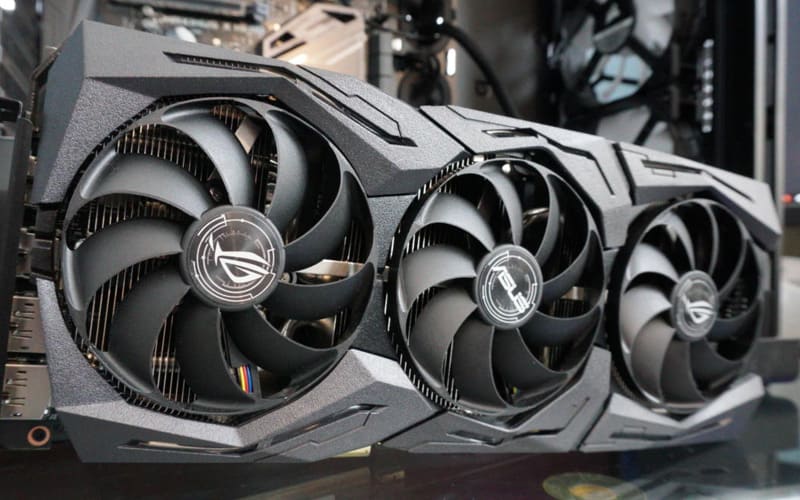 If you plan to piece together a new gaming rig or upgrade a slow build, then there’s no better investment than a new graphics card. Of all the components making up a PC, the GPU is by far the most important when it comes to gaming, and an upgrade is hands down the easiest step to vastly improving in-game performance.

The arrival of NVIDIA’s new Ampere GPUs and AMD’s freshly-launched RDNA2 cards means it’s an exciting time to be in the market for a new GPU. But what of those constrained by a tight budget?

With the top-shelf GPU costing a pretty penny, the array of budget options means even those on a strict budget can jump in at a relatively affordable price. Today, we’re looking at the very best cheap graphics cards. Let’s jump in. 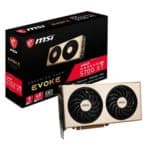 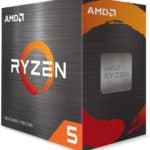 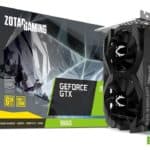 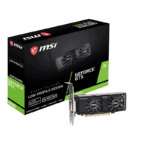 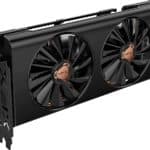 Performance at 1080p and 1440p, frame rates, in-game settings, VRAM count, price – all these are crucial factors to consider when looking for a decent GPU and primarily led our decision-making process.

Given that our main goal today is to unearth the GPUs with the best performance to price ratio, we placed a lot of weight on cards that offer excellent performance at a competitive price point. Naturally, we’ve had to compromise along the way, and those looking for 4K gaming, souped-up ray tracing performance, and high VRAM counts will want to look elsewhere, although these top-shelf features do come at a premium.

Five GPUs rose above the rest, securing a spot in our list of the best cheap graphics cards. We’ve also introduced each option into our list based on the attribute that makes them stand out from the rest, which should help if you’re eyeing up, say, a GPU specifically for 1440p gaming, or simply want the best value option out there.

The AMD Radeon RX 5700 handles 1440p on max settings with ease, pushing frame rates well above 60 FPS and up to 80 FPS, even for the most demanding games, although graphical settings may need to be toned down to high.

We’ve had to push the definition of the word ‘cheap’ a little in the case of the AMD Radeon RX 5700 XT as it does come in more expensive than anything else in our list, but the value here is in just how much the GPU offers for sub $400/£400. The performance nears that of the RTX 2070, which is nearly double the price, although it doesn’t feature support for ray tracing.

If the AMD Radeon RX 5700 is slightly out of your price range, then the AMD Radeon RX 5600 XT is the next best thing. It excels at 1080p, with flawless 100 FPS or more performance on Ultra settings in virtually all games, even the most resource-hungry titles out there.

As for 1440p gaming, the AMD Radeon RX 5600 XT more than stands its ground with a constant 60 FPS on High graphics settings in most titles. You may find some wiggle room with slightly less demanding titles, which should push performance beyond 60 FPS even at Ultra.

While the Gigabyte GeForce GTX 1660 OC 6G packs in 6G of VRAM, it’s worth noting that it is the GDDR5 variant, which has been superseded by the speedier GDDR6. This does affect the Gigabyte GeForce GTX 1660 OC 6GB future-proofing chops, so keep this in mind. Additionally, while this GPU does offer ray tracing support, the results are pretty poor, but it does provide some overclocking potential for those that want to push 1440p gaming.

Our pick for the all-out top 1080p gaming GPU is the NVIDIA GeForce GTX 1650 Super. While certainly not among NVIDIA’s flagship GPUs, the NVIDIA GeForce GTX 1650 Super pushes a stable 60 FPS at 1080p with Ultra settings for under $250/£250. It packs enough power to handle everything at 1080p but struggles at 1440p and quickly shows its limitations.

Much like the Gigabyte GeForce GTX 1660 OC 6GB, the ray tracing performance leaves a lot to be desired, so don’t buy for this feature specifically, as you’ll invariably be disappointed. Another point worth considering is the limited 4 GB of VRAM. This isn’t necessarily an issue if you stick to 1080p, but it may throw up some roadblocks for titles with demanding textures and when you lean into 1440p gaming.

If you’re looking for pure out and out value, then the AMD Radeon RX 5500 XT is an incredibly versatile GPU for under $200/£200. The low price tag does mean some limitations, but when it comes to 1080p gaming, the AMD Radeon RX 5500 XT hits all the right notes with around 60 FPS on High graphical settings and even higher if you drop down to Medium settings. We found this to be the case with most big-budget AAA games out there, but it does hit some stumbling blocks when pitted against the most demanding games such as Cyberpunk 2077 and Metro Exodus.

The AMD Radeon RX 5500 XT does fall short at 1440p, and the results were understandably shaky, but not worth considering within the scope of what this GPU sets out to do, which is to offer reliable 1080p performance.

AMD’s endowed the AMD Radeon RX 5500 XT with 1408 stream processors, 22 CUs, a base frequency of 1717 MHz, a boost frequency of 1845 MHz, 4 GB GDDR6, 14 Gbps memory speed, up to 224 GB/s memory bandwidth, one DisplayPort 1.4 with DSC, and one HDMI port. AMD also offers a pricier 8GB variant that allows you to push the settings up to Ultra, although performance will only flirt with 60 FPS in most cases. 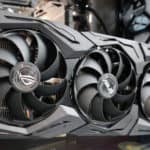 All the GPUs listed above are worthy options when looking for the best cheap graphics card, but gun to our head, we’d be hard-pressed to recommend anything other than the AMD Radeon RX 5700. With excellent performance at both 1080p and 1440p in the most power-hungry games, the AMD Radeon RX 5700 is worth the slightly higher price.

Next up, we have the AMD Radeon RX 5600 XT, which offers performance not far off the RX 5700, with smooth frame rates and superb 1440p gaming but at a much more attractive price. Jumping down a notch, we have a duo of NVIDIA’s cards, Gigabyte GeForce GTX 1660 OC 6G and NVIDIA GeForce GTX 1650 Super, that hit excellent 1080p gaming.

Finally, it’s hard for the most budget-conscious out there to go wrong with the AMD Radeon RX 5500 XT for sheer value. It has its limits certainly, but it’s a genuine bargain for less than $200/£200.

And, with that, we’ll wrap up our guide to the best cheap graphics cards out there. We hope we’ve gone some way to helping you settle on a GPU that suits your needs and budget. Drop us a question or share your concerns in the comments section below. We’re happy to help.