Are you looking to purchase a Valve VR headset? In this article, we chat you through our top five choices and their specifications. 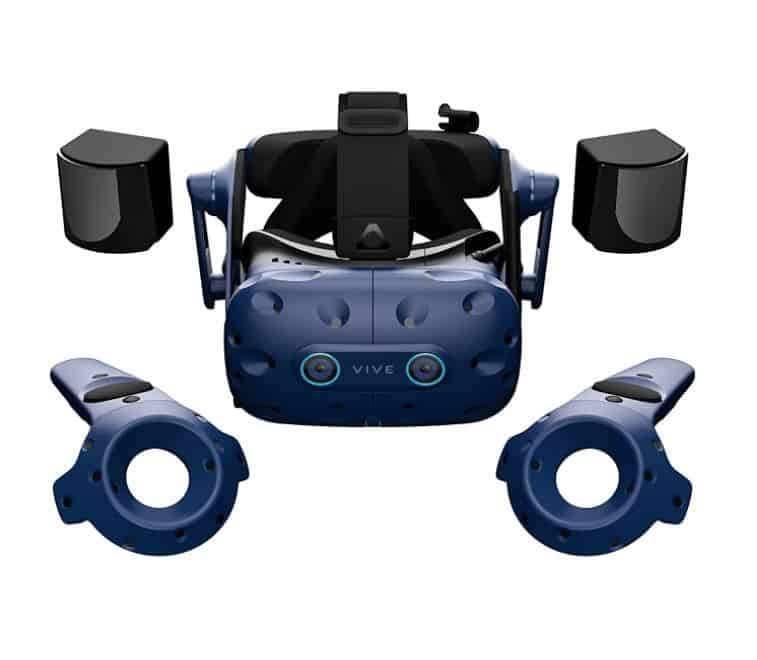 It only takes a few Google searches to learn that American video game developers, Valve Corporation, are one of the most respected names in VR hardware, making them a fantastic place to start your VR adventures. The only problem is that, with so many headsets on the market, unless you’re a tech whizz, how do you know which is best for you.

We are very much in the middle of a VR boom right now, and I’m absolutely loving it. But even though the concept of VR is actually pretty old, the technology bringing it into the modern cultural zeitgeist is fresh, exciting, and if I’m being honest…downright confusing.

Well, you’ll be happy to hear that I’ve done the legwork (or eye work anyway) and compiled a list of the best Valve VR headsets you can buy. 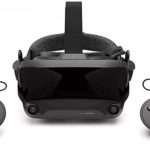 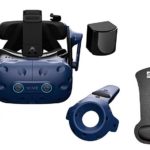 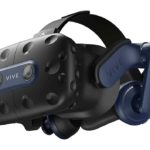 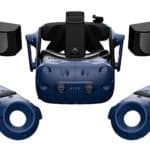 Before we get started, I’d just like to preface my reviews with a small disclaimer. At this moment in time, Valve has only released one VR headset that was completely developed from the ground up in-house.

However, they’ve also been creating VR products with HTC, so I’ll be politely nudging you towards some of those in my review.

Featuring an exquisite IPS fast switching display that combines the highest quality panel technology with the speed of typical TN screens, the Valve Index offers the most immersive VR experience on the market.

Each eye is treated to an LCD panel with a 1440 x 1600 resolution, amounting to a 2880 x 1600 resolution in total, keeping visuals nice and crisp. Variable refresh rates include 80Hz, 90Hz, 120Hz, and even a whopping 140Hz for certain applications, meaning this headset is on par with some of the best gaming monitors out there.

The FoV is marked as 130°, meaning you literally get more virtual world for your money, and the adjustable eye relief and ergonomic design helps to keep VR adventures comfortable.

Tracking is taken care of by Valve’s incredibly accurate Lighthouse 2.0 base stations, which help to combat VR-based motion sickness, meaning you can game harder for longer.

The Pro Eye headset is the latest iteration of the original Vive collaboration between HTC and Valve. Featuring dual OLED displays for a combined resolution of 2880 x 1600, it makes even basic VR applications look incredible.

Refresh rates max out at 90Hz, so it’s nowhere near as quick as the Index, but still snappy enough to prevent that awful seasick feeling, and while the 110° FoV isn’t quite as impressive either, it’s still wide enough to feel immersive.

What makes this Vive stand out in the VR crowd is the optimized 120Hz eye tracking technology with 0.5 – 1.1° accuracy, implemented to make the virtual reality experience feel, well…more real. Some of the data the sensor collects includes pupil position and size, eye openness, and gaze direction — amazing right?

With a combined resolution of 4896 x 2448, the Vive Pro 2 has the most impressive display in modern VR, ensuring all graphics and text is displayed with the utmost acuity.

What’s more, the 120° FoV expands your VR world, ensuring you truly feel transported to a different realm. HTC has also managed to crank the Pro 2’s refresh rate to 120Hz, so you can say goodbye to jittery, stop-start screens, and enjoy long-scale VR sessions sans the headaches. Do bear in mind, though, that refresh rates are capped at 90Hz when used with the Vive wireless adapter.

Compatible with both Steam 1.0 and 2.0 stations, the tracking on the Pro 2 is as accurate as it gets and exhibits minimal lag, guaranteeing seamless VR fun!

Heading further back in time, we come to the Vive Pro, a 2880 x 1600 headset (same as the Index). The Pro 2 definitely has an edge in the resolution department, but if you’re looking to save a few bucks, the pro still delivers with its AMOLED displays.

The FoV maxes out at 110°, which may seem small in the context of the Valve/HTC catalog, but considering the Oculus Quest 2 only has an 89° FoV, it absolutely deserves our praise.

At 90Hz, the Pro’s refresh rates just pip its FoV. It’s an excellent rate for VR content as it stands; however, I wouldn’t call 90Hz future-proof.

But what it lacks in visual pace, it makes up for in spades with the built-in amplifier that improves the spatial sonic experience, locking even more senses into these exciting new worlds.

As we’re all fairly new to these virtual worlds, it can be tricky deciphering exactly what it is we should be looking for in a VR headset, even within the confines of the Valve catalog.

So, I decided that a brief yet informative buyer’s guide on key VR headset features would be a great way to get you up to speed and ready to start your virtual life.

If you’re moving over to the VR world from computer gaming, you’ll know exactly what I’m talking about when I say that refresh rates are essential.

For the uninitiated, refresh rates are measured in hertz, and they refer to the number of times a computer display can refresh the image on screen.

The higher the refresh rate, the smoother the transitions or any sort of motion will appear on-screen…following?

It’s the same idea with refresh rates, but refresh rates are more important than ever when it comes to VR. If a headset isn’t capable of displaying motion in a smooth and digestible manner, it can cause nausea and headaches, which needless to say, aren’t conducive to the good time you had in mind when you purchased your VR set.

Self Contained vs Wireless

In this context, tethered means that the VR headset has to be plugged into a computer in some respect for it to function.

Although that sounds like a pain, especially if you want to throw some crazy shapes around the room, there are benefits to the tethered VR format.

Firstly, physical connections make for lower latency, which means there’ll be less lag between you moving or issuing commands and the system registering what you’ve done, amounting to an all-around smoother VR experience.

It’s also important to bear in mind that certain tethered VR headsets can be paired with a wireless adapter in order to omit that pesky cable from the equation.

The more pixels you can stuff into a display, the greater the image acuity. Lines will be sharper and textures smoother.

High resolution displays are desirable throughout the gaming industry, but never are they so appreciated than when you’re locked into a virtual world and the display is literally all you can see.

Field of view determines how much of your natural range of vision the VR headset can cover, and it’s expressed in degrees. To put it into a visual context, a narrow field of view can be likened to looking through binoculars. You can see the images displayed through the lenses, but a lot of your vision is blacked out. A wide field of view, on the other hand, well…that’s how you’re normally viewing the world. Human FoV tends to be around 200° x 150°.

It’s hard to measure VR headset FoV, as it depends on your face shape and where the screen rests, but headset manufactures provide an estimate to give us an idea of how it will look.

Some, like my number one pick, the Valve Index, have an adjustable screen, so you can fine-tune the FoV to suit your preferences.

Most tethered VR headsets will charge as you play, which is fantastic, but the controllers won’t, so it pays off to shop around for a VR kit that brings a decent battery life to the table.

Tracking refers to the sensors that track your movement as you use VR systems. Much like high refresh rates, accurate and responsive tracking is essential to the VR experience, as lag can be incredibly disorienting for the user.

Is Valve VR worth it?

There are no two ways around it, the Valve Index is an expensive VR option, but in my opinion, well worth it. You can pick up an Oculus unit for a much more reasonable price, but the Index is better in almost every single way.

What VR headsets work with the Valve Index?

The Valve Index headset is one of the best on the market at the minute, but the controls can be paired with alternative headsets such as the HP Reverb G2 if you want to mix things up a bit.

As long as the headset uses Valve’s tracking technology 1.0 or 2.0, it should link up perfectly into the Valve ecosystem.

Is the Valve Index the best VR headset?

Yep! The Valve Index is the undisputed King of the VR scene, yet the price tag does scare off a lot of customers. As such, it’s the third-highest selling VR headset, behind the much more affordable Oculus units.

With the success of the Valve Index, an Index 2 seems like a dead cert; however, Valve hasn’t made any official announcements regarding a follow-up VR unit just yet.

Do you need base stations for VR?

Is VR bad for your eyes?

The truth is that all screens are bad for our eyes. That said, choosing a VR headset with a quality display, and limiting our time spent in the virtual worlds it opens up can help prevent eye strain.

What PC is best for VR?

For the tethered VR options featured on this list, you will need a gaming computer of some kind. Let’s take a look at the Valve Index’s system requirements to give you an idea of what sort of system you’ll need. 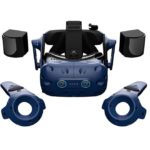 That’s your lot from me, folks. It’s been a pleasure being your guide to the Valve side of the VR universe.

Although the HTC Vive Pro 2 really gives it a run for its money (or your money anyway), the Index, developed completely in-house, is still the best Valve-related VR headset on the market, and the prophesized Index 2 is pegged to set the gold standard of VR to come.

If we’re lucky, it may even bring the price down on the original Index — hurray!