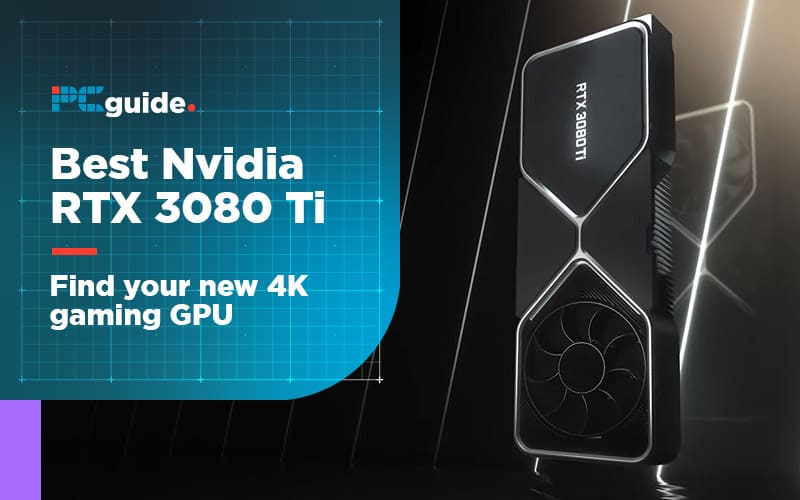 While we have reservations about the value offering of the NVIDIA RTX 3080 Ti in its positioning between the vanilla 3080 and the beastly 3090, there’s no denying it’s a powerhouse GPU that delivers a no-compromises 4K gaming experience. If you can afford one, there’s no doubt you’ll be more than satisfied with how this GPU purrs, not least the mouth-wateringly high frame rates guaranteed in every game under the sun.

As with all the new RTX 3000 series GPUs, there’s no shortage of RTX 3080 Ti’s from AIB (Add-In Board) partners such as MSI, ASUS, Gigabyte, Zotac, and Palit, to name a handful, as well as NVIDIA’s reference Founders Edition, which can make choosing the right one for you a daunting task. Something that’s only worsened by the substantial amounts of money involved, even for the lowest cost option.

To ease the process, we’ve pulled together a selection of the best NVIDIA RTX 3080 Ti GPUs you can, hopefully, buy right now. 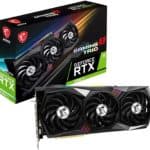 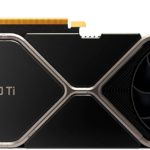 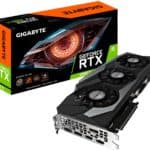 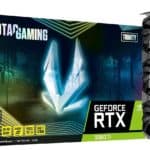 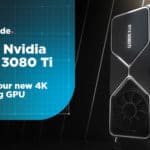 Cooling, build quality, specifications, performance, and, of course, price largely steered our selection process, aided by our own experience with each card as well as benchmark results and the consensus established by the PC gaming community since the RTX 3080 Ti launched in June 2021.

We’ve hand-picked four NVIDIA RTX 3080 Tis from a selection of AIB manufacturers and NVIDIA guaranteed to deliver an obnoxiously powerful gaming experience as long as you have the coin to fund what is unquestionably a pricey GPU.

Read on to find out why each of our recommendations is worth considering, and a ‘Things to Consider’ section at the end packed with helpful tips to guide your RTX 3080 Ti buying experience. Let’s jump in.

First, the specifications. The MSI GeForce RTX 3080 Ti Gaming X Trio 12G boosts the reference clock speeds to 1770 MHz, positioning it firmly in the mid-range of MSI’s RTX 3080 Ti lineup and one of the fastest among the AIB options out there. The card also features 12 GB of GDDr6X, 19 Gbps memory speed, a 384-bit memory bus, a trio of DisplayPort 1.4, and an HDMI port.

On the cooling front, the MSI GeForce RTX 3080 Ti Gaming X Trio 12G boasts a triple-fan design with quiet and efficient Torx Fan 4.0 fans, MSI’s acclaimed Tri Frozr 2 cooling solution with precision-machined heat pipes, and a large surface area heatsink with Wave-curved 2.0 fin edges. All this is complemented by a sturdy brushed aluminum backplate that not only aids with passive cooling but also adds some much-needed heft to the card to ward off sagging and reduce strain on your motherboard’s PCIe connectors.

While the Founders Edition wins for its sleek aesthetics, the MSI GeForce RTX 3080 Ti Gaming X Trio 12G does a great job of adding some flair to the oft uninspired look of AIB partner cards, with a tasteful smattering of RGB on the top and side of the card, which is fully customizable via MSI Mystic Light software, and a pleasing angular asymmetry to the casing. The tri-fan cooling solution does mean the MSI GeForce RTX 3080 Ti Gaming is one of the largest RTX 3080 Ti cards out there, measuring in at a hefty three-PCIe slot 324 x 140 x 56 mm.

With so much to like here, the MSI GeForce RTX 3080 Ti Gaming’s asking price is high, which sees the card rub shoulders with the most expensive RTX 3080 Ti options out there.

Affordability is relative: the GPU is hands down the most expensive component of any gaming rig, especially one equipped with an RTX 3080 Ti, but as these powerful cards go, the NVIDIA RTX 3080 Ti Founders Edition is the most value-packed offering in the context of a global silicon shortage. Why? Well, as these are produced and shipped directly by NVIDIA then sold by partner retailers for each market, they sell at MSRP, something AIBs don’t do under normal circumstances, let alone in 2021.

As a reference card, the NVIDIA RTX 3080 Ti Founders Edition doesn’t match its AIB equivalents’ boosted core clock speeds. Still, when talking about such a powerful GPU, the differences are marginal and inconsequential for everyone except those partial to the most demanding graphical tasks.

If the Founders Edition is the best priced RTX 3080 Ti out there, and performance is more or less on par, why relegate it from the top spot among our recommendations? The NVIDIA RTX 3080 Ti Founders Edition’s cooling solution. With a dual-fan design, the card needs to work harder than triple-fan AIBs to keep temperatures in check, resulting in a higher decibel output.

The issue is compounded by the fact that for reasons known only to NVIDIA (presumably linked to cost-cutting), the thickness of the factory thermal pads used and their overall quality aren’t the best out there, causing the GDDR6X chips to sometimes reach temperatures in excess of the operational temperature limit of 95-degrees celsius defined by manufacturer Micron. To make up for this, the fans need to work overtime under heavy loads, producing quite the din.

Before putting you off the NVIDIA RTX 3080 Ti Founders Edition, it’s worth noting that these GDDR6X issues only manifest when the card is placed under the highest levels of stress, such as mining crypto, and not for regular gaming, even at 4K. As such, the average gamer using a case with appropriate cooling is unlikely to experience any issues. The smaller two-fan design means the Founders Edition fits in a broader range of cases, making it the top ‘compact’ option out there – 285 x 112 x 55 mm.

The Gigabyte RTX 3080 Ti Gaming OC 12G is a reliable, if unimpressive, variant of the RTX 3080 Ti that makes our list for costing substantially less than the AIB partner cards with the highest clock speed increases. There’s a trade-off here, certainly, but one that feels warranted given that even at reference core clock speeds, the RTX 3080 Ti is a monster card by any standard designed to push frame rates well over 60 FPS at 4K.

The Gigabyte RTX 3080 Ti Gaming OC 12G’s cooling solution is, once again, fit for purpose, if unimpressive. Gigabyte’s signature Windforce 3X system with alternate fan spin works well and quietly to keep temperatures in check even under heavy loads, only just flirting with roughly 75-degrees at their highest if you run in BIOS SILENT mode. BIOS OC mode reduces temperatures further but at a cost to fan noise, which is audible, though not distracting, and considerably better than other AIB cards.

With the Gigabyte RTX 3080 Ti Gaming OC 12G, you need to weigh up whether the 2% increase in performance over the Founders Edition is worth the extra cost for what is undoubtedly a well pieced together card, but one with little to nothing in the way of extra frills or tweaking/overclocking potential.

For a little more money than the Founders Edition, the Zotac GAMING GeForce RTX 3080 Ti Trinity 12GB is our top value pick among AIB partner cards. The boost clock speed matches the reference card at 1665 MHz, and performance matches NVIDIA’s card. Still, you get a significantly better cooling setup, dynamic RGB, and reliable build quality from a manufacturer who’s carved a berth as the go-to for thriftier GPU enthusiasts.

While the Zotac GAMING GeForce RTX 3080 Ti’s IceStorm 2.0 triple-fan cooling system is efficient and handily keeps temperatures within reasonable limits, it does so with a higher decibel output than all the other picks in our list, bar the FE under heavy loads as we detailed above.

It’s all relative, though. Zotac has improved the system compared to the previous IceStorm generation, and the noise isn’t loud enough to distract most when gaming and only rears its head under the heaviest loads. The Freeze Fan Stop automatically stops the fans at idle, which helps noise levels and extends fan longevity.

The Zotac GAMING GeForce RTX 3080 Ti is one of the cheapest (once, again, this is relative) RTX 3080 Ti options out there and should suit those that want in on premium 4K gaming without adding substantially more to an already high MSRP.

The peculiarity of the current GPU market means we’re reluctant to suggest anyone buy a GPU right now, let alone a premium RTX 3080 Ti. But, if your mind is already made up and you have the cash to spare, then we can’t fault the MSI GeForce RTX 3080 Ti Gaming X Trio 12G for anything other than the high asking price and large footprint (a given for cards of this caliber).

For those that wince at the exorbitant scalper prices of the RTX 3080 Ti AIB partner boards, the NVIDIA RTX 3080 Ti Founders Edition is the best option out there that you actually have a chance of buying. It will tear through all and any game at 4K and is only let down by some questionable cooling features that only come to the fore under the heaviest loads, such as mining.

There you have it, four of the best NVIDIA RTX 3080 Ti GPUs out there. Feel free to get in touch via the comments section with any questions, concerns, or suggestions.