There’s nothing worse than carefully and painstakingly 3D printing a miniature, model or part, only to find that you’ve used the wrong filament, and the one you have used is not up to the task.

The solution, of course, is to read articles like this one, to ensure that you use the right filament for your particular printout.

Here, we’re going to show you a shortlist of 10 of our favorite 3D filaments for you to scan through to see if any of them take your fancy.

And to make the decision of which to buy somewhat easier, we’re going to follow that up with a Buying Guide.

And you should also stick around for our section at the end where we answer some of your most frequently asked questions on the subject.

And without further ado… 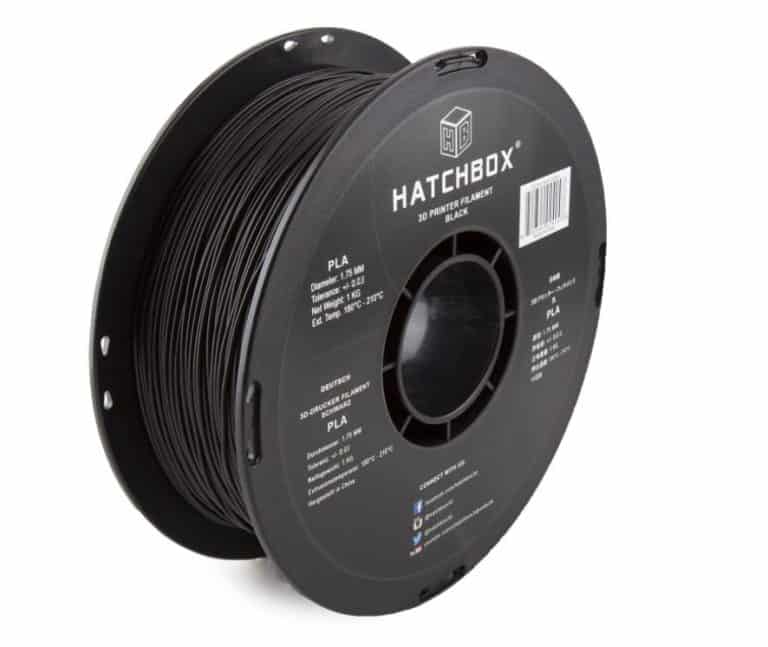 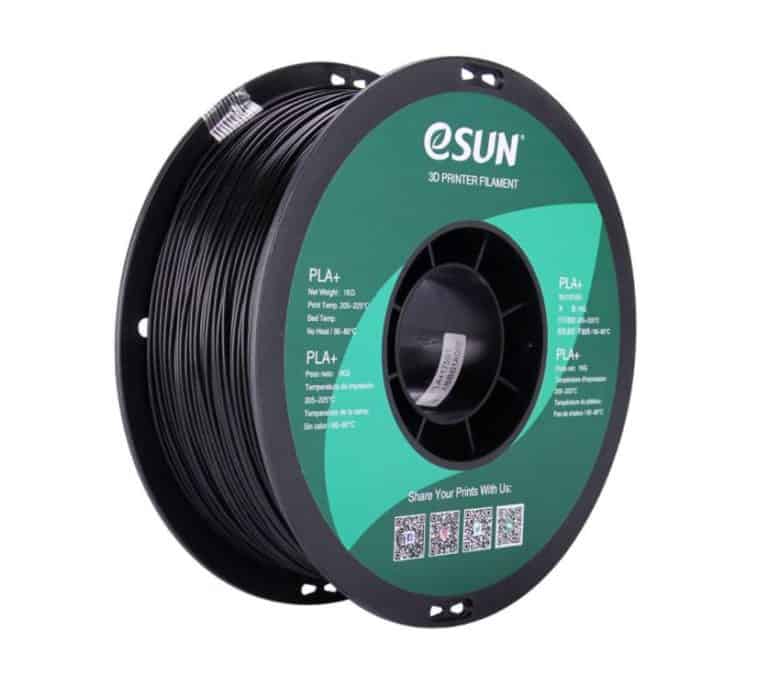 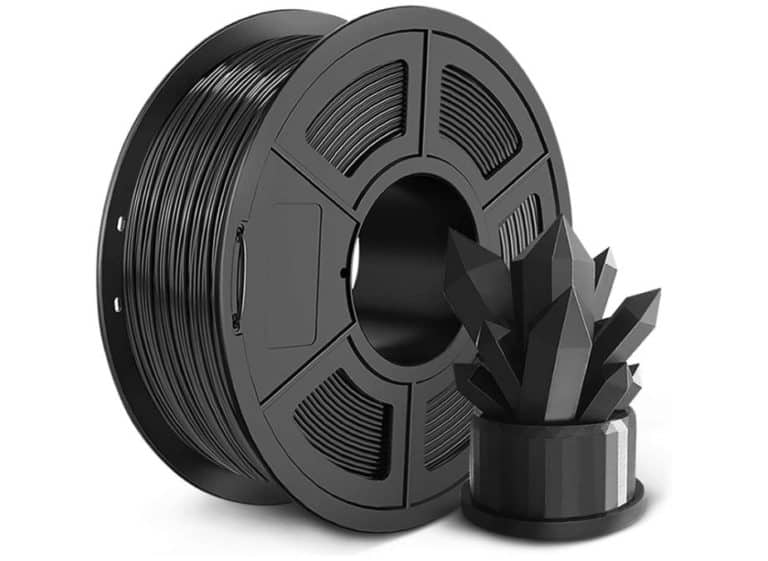 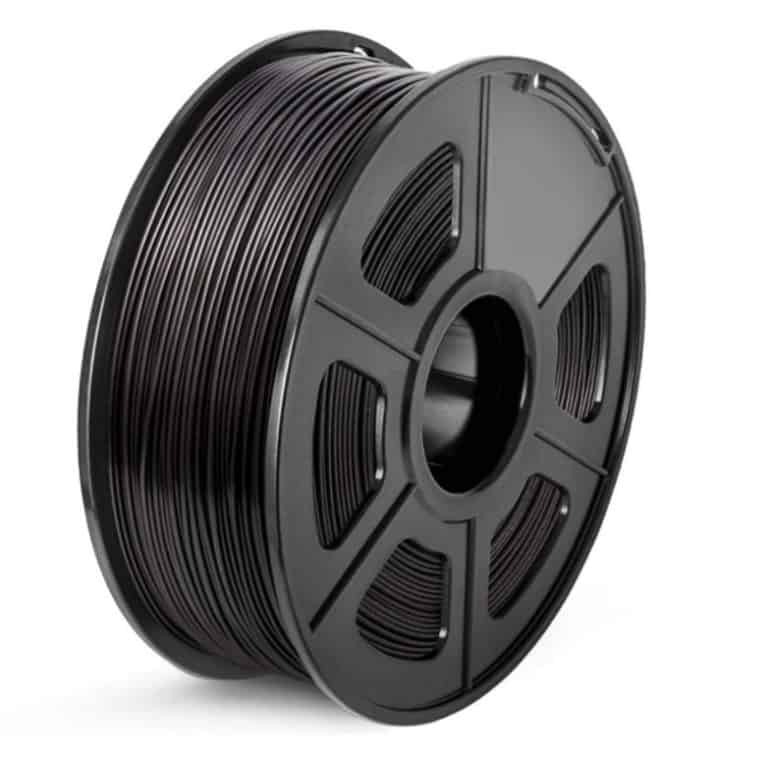 Go to brand for excellent quality

Expensive compared to many

Hatchbox is THE brand to go for if you’re looking for PLA filament.

It may be one of the more affordable 3D printer filaments out there, but the quality is surprisingly good, making it excellent value for money.

The available colors are nice and vibrant (except the black one in the photo, of course).

It has a really good dimensional accuracy, coming in at +/- 0.03 mm. And it offers excellent layer adhesion, less warping, and less nozzle clogging.

Overture is also a great brand for 3D printer filament. With over 8 years in the business, it has become an expert in the field.

Overture’s filaments are both clog and bubble free. Moreover, they’re also less likely to tangle, which in turn means that they’re less likely to snap and break.

And that’s not all – there’s also less stringing AND less warping. Not bad hey?

It’s available in a range of nice colors, including the likes of purple and gold. In addition to their regular PLA, they also do a silk version which is stunning.

eSUN is also a very good and well established brand. It has been involved in biodegradable plastics even before the advent of 3D printing.

This particular filament is made from corn grain, making it super eco-friendly.

This PLA PRO filament is a better one than your standard PLA. Not only is it many times stronger, but it also features superb layer bonding together with high rigidity.

We just love the finished printouts – super smooth with no brittleness or cracking.

Sunlu is an international brand in 3D printing consumables, having been around since 2013. And although they sell both filaments and printers, their spools of filament are universal and can be used in any standard FDM 3D printer.

What we love about Sunlu PLA is how it’s 100% tangle free, and never gets tangled from overlapping on the spool. And the added benefit is that it’s less likely to snap and break.

It offers excellent dimensional accuracy too, coming in at an impressive +/- 0.02 mm.

And it’s virtually odorless, which makes it that much nicer to work with.

ABS is difficult to print with

As we mentioned earlier, Sunlu is an excellent international filament brand.

And like their PLA offering, their ABS line also offers excellent dimensional accuracy too, coming in at an impressive +/- 0.02 mm.

What we love about this filament is how durable the printouts are compared to ones made with PLA.

It’s clog-free, bubble free, and easy to use. We just wish there were more colors to choose from!

As promised, here’s your buying guide.

The absolute first thing you should consider before buying your 3D printer filament is whether that type of filament is actually compatible with your particular 3D printer.

While most FDM 3D Printers can usually take PLA and ABS filaments, many of them are not designed to handle the more unusual filaments such as HIPS and TPU.

If you use a filament that is not sufficiently compatible with your machine you could risk damaging the machine, and in the worst case scenario, sending it beyond repair.

So let’s take a look at some of the different filaments to consider, and what each type is best suited for.

It’s beyond the scope of this article to go into detail about every single type of 3D printer filament, so we’re just going to concentrate on the 3 most commonly used ones, PLA, ABS, and PETG.

PLA filament is the most popular filament across the board. And for good reason too. Not only is it the easiest filament to print with, but because of its relatively lower printing temperature, it doesn’t warp as easily as other filament types.

But better yet, PLA is also biodegradable. And, moreover, it’s made from renewable resources such as corn starch, making it easily one of the most environmentally friendly filaments on the market. And it’s relatively odorless to boot.

It has high strength combined with low flexibility and medium durability. This makes it a great choice for making low wear toys or creating models, or prototype parts.

But it should not be used for anything that might be dropped because it doesn’t have that level of impact resistance.

ABS is the next most widely used filament. But it is stronger and more durable than PLA, offering high durability and the ability to withstand high temperatures.

This makes it a great choice for automotive components, tool handles, and even bicycle helmets.

But it does have its drawbacks. It’s not as easy to print with as PLA, thanks to its much higher printing temperature. And it is also more likely to warp during cooling.

PETG is an extra tough filament with extremely high strength, so your printouts with it will be particularly sturdy and strong.

PETG is best for any prints that are meant to be seen outdoors, and this is because of their UV resistance. And that’s not all, it also happens to be water resistant too, able to withstand both sun and rain.

And it’s also easy to print with to boot.

What is the best 3D printer filament?

Hatchbox filament is a desired brand of PLA for good reason. High-quality and premium feel takes it head and shoulders above the vast, vast majority of mid-range and budget filaments you can pick up cheaper on Amazon.