Mobile VR gaming at its finest 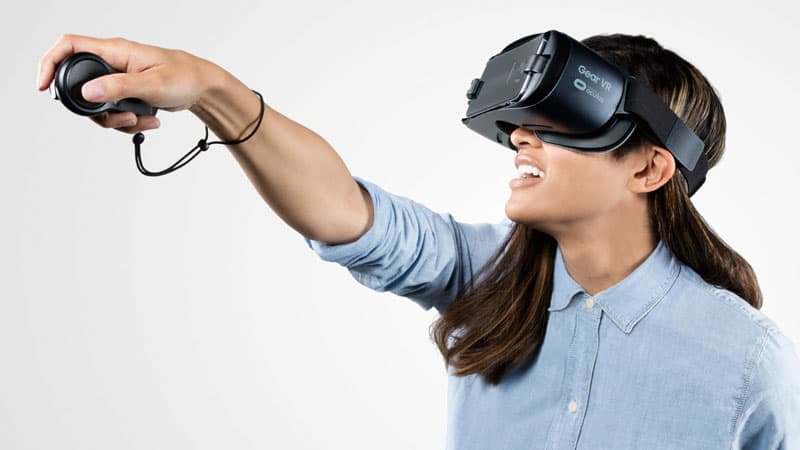 While much of the VR conversation gravitates around heavy hitters like the Valve Index and newcomers like the Oculus Quest 2, you may already own a device capable of delivering the most affordable VR experience yet – a Samsung Galaxy phone. Pair it with a Samsung Gear VR headset, priced at a cool $99.99 – a fraction of what you’d pay for a device from HTC, Valve, or even the more budget-friendly Oculus range – and open yourself up to VR’s uniquely immersive brand of gaming.

Thanks to Samsung teaming up with Oculus VR to develop the Samsung Gear VR, owners have access to more than 1,000 games, apps, 360-degree VR videos, and interactive experiences through the Oculus Store or Oculus Gear VR app, that is, if you can stomach the mandatory Facebook login. It’s certainly not a case of scrounging for games among an anemic selection, but rather a case of being spoiled for choice. And, because most are essentially mobile apps, they cost as little as your standard fare Android apps.

So, which are the best games to fire up on the Samsung Gear VR? In this guide, we’ll be answering that very question, shining a spotlight on this oft-forgotten and underestimated headset’s must-play games. 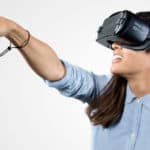 For horror buffs that want their fix of immersive VR jump scares, Affected: The Manor isn’t to be missed. The unsettling atmosphere of the haunted manor offers plenty to send shivers down the spine, despite the very short playtime on offer here.

A charming adventure oozing with clever puzzles and platforming, Along Together is one to play with the family. It’s a little on the short side, but the diverse worlds, endearing characters, and pleasantly challenging puzzles make up for this in droves.

Available exclusively on the Samsung Gear VR, Augmented Empire marries satisfying turn-based combat with plenty of depth thanks to a rich world and story. There are hours of gameplay to enjoy and a high production value to match, making this a must-play for Samsung Gear VR owners.

Zombies, fast-paced wave-based combat, and an arsenal of weapons: Drop Dead is the perfect recipe for a fun arcade-style shooter experience that translates incredibly well to VR. The lack of depth and repetitive nature of the gameplay may bother some players, but in short bursts, it’s easily one of the most enjoyable Gear VR games out there.

End Space’s stunning visuals aren’t the only highlight; the game excels at bringing a deep dogfighting sim experience to Gear VR with massive environments and intense battles for space shooter fans to devour.

Feel free to get in touch via the comments section below with any questions, concerns, or suggestions. Happy gaming!