Now that the new entry-level Raptor Lake processor has been released, the war of Intel Core i5-13600K vs AMD Ryzen 5 7600X has reached its apex. Whether you’re considering the latest from Team Blue or the red corner, we’re comparing the chipsets on pricing, performance, specs, and more below.

What’s so interesting about Intel Core i5-13600K vs AMD Ryzen 5 7600X is where things stand at the tail end of 2022. Both companies have an entirely different approach when it comes to their respective mainstream processor. It comes down to things such as socket type, clock speed, and support for the latest technologies.

For the sake of brevity, we’ve compiled all the need-to-know tech specs of the latest mainstream Core i5 and Ryzen 5 CPU:

There are a few major differences to consider between these entry-level CPUs. As you can see from the table above, Intel’s latest effort favors significantly more cores and threads than the AMD alternative. This is fathered due to the second generation of Hybrid Architecture (a mixture of Performance and Efficiency cores).

The 13th Gen i5 chipset is easily the most powerful from this perspective. Previous iterations of the processor followed the standard example of the last few years; 6 physical cores and 12 threads. Where AMD charges ahead here, at least on paper, is the adoption of smaller silicon, a 5nm process, resulting in a lower TDP and higher boost clock speeds. More on performance later.

One of the most important aspects with mainstream processors is the price point, and things are competitive here on both fronts. For a frame of reference, the Intel Core i5-13600K retails for $329.99 and the AMD Ryzen 5 7600X carries an MSRP of $299.99. From a pure value point of view, you’re saving $30 by opting for team red, however, that’s only one side of the story.

A core argument for value for money comes down to the corresponding components. You see, if you go for a Ryzen 7000 CPU, you will need to use DDR5 RAM, as this processor generation has no support for DDR4. By contrast, All Raptor Lake processors have support for both DDR4 RAM and DDR5 RAM, with the former still significantly cheaper than the latter at the end of 2022.

We can gauge value for money here by casting our minds back to the previous generation launches. It’s worth remembering that the Alder Lake equivalent debuted for $289.99 last year. That shows a markup of 13.79%. In contrast, AMD has kept the prices exactly the same, as the 5600X dropped at $299.99, too. 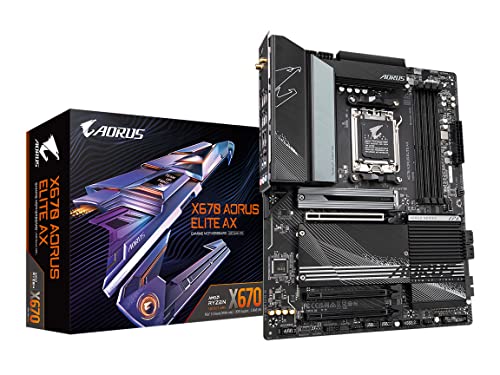 With the launch of the 13th Gen i5 CPU, we now have accurate benchmarks on how these two processors compare courtesy of our sister publication WePC. In our colleagues’ Intel Core i5-13600K review, we’ve now got affirmation of just how capable both Raptor Lake and Zen 4 are in the synthetic benchmarks.

Simply put, if you want the best price-to-performance ratio then the Intel Core i5-13600K excels in both single-core and multi-core performance when compared to the AMD alternative. That’s to be commended and goes to show what advantages have been brought by refining the Hybrid Architecture technology instead of re-inventing the wheel.

However, it’s worth remembering how Intel treats its socket types. We know for a fact now that LGA 1700 is going to be replaced next year, meaning that upgrading from Raptor Lake to Meteor Lake and beyond could mean an entire new rebuild. In comparison, AMD generally tends to stick with its sockets for significantly longer, meaning plug-and-play longevity for years.

The main question you need to ask yourself is what’s right for you now. Do you want the best performance available, or would you rather aim for a socket type that will support multiple processor generations to stay ahead of the curve? This is compounded by AMD boards requiring DDR5, which is going to be the standard for at least the next 3-5 years minimum. It’s all preference.