Aya Neo Next is a handheld gaming PC that has been making a lot of waves lately. Some people are calling it a better alternative to the Steam Deck thanks to it being Windows-based, and we wanted to find out if that is true. In this review, we will take a look at the pros and cons of the Aya Neo Next, and see how it compares to other handheld gaming devices on the market. Stay tuned for our full verdict!

Taking inspiration from the Nintendo Switch, the Aya Neo Next has a similar design to a lot of other handheld gaming devices on the market. It has a small, rectangular-style body with two Joy-Con-esque controllers built into either side. The main difference between the Aya Neo Next and the Switch is the larger screen, measuring seven inches compared to around 6 inches of the Nintendo handheld. This makes it perfect for playing games that require a lot of visual information, like first-person shooters.

In comparison to the Steam Deck, the Aya Neo Next is a bit smaller, but not by much. It’s still a handheld device that you can easily take with you on the go but you’re not going to be fitting it into your pocket like the Game Boy days of old.

When it comes to build quality, the Aya Neo Next feels very solid. The body is made of a high-quality soft-touch plastic, and the buttons and Joy-Cons feel nice and clicky. The triggers are also fantastic and have enough travel in them. The only downside is that the screen is a fingerprint magnet, so you’ll have to keep a cleaning cloth handy if you’re going to be navigating Windows via the touch screen.

The Aya Neo Next comes in a few different models. The base Next has an AMD Ryzen 5825U, 16GB RAM, and 1TB of internal NVMe storage with the upgraded base version having 2TB of internal storage.

There is also a Pro model available, which is also the most expensive, that has the same Ryzen chip but with 32GB RAM and 2TB of internal storage.

The Aya Neo Next also has two USB Type-C ports, one for charging and one for whatever you choose to use it for, transferring data, outputting the display onto a monitor, and more. There is also a headphone jack if you’d rather use wired headphones over Bluetooth functionality.

In terms of performance, the Aya Neo Next is a powerhouse. It can handle pretty much any of today’s games you throw at it, and even some of the most demanding titles run smoothly on the highest settings. We tested a variety of games on the Aya Neo Next, including first-person shooters, open-world games, and a few of this year’s AAA titles. The results were always the same: a smooth and fluid gaming experience with no lag or frame rate drops. Obviously, graphical settings can be tweaked based on each individual title and even if you have to go to the lowest settings you should be able to get a solid gaming experience in.

Touching on emulation, if you’re into more retro gaming, the Next could be the perfect choice for you. It can handle a wide variety of emulators and games without any issues. We tested a few different ones ranging from the less demanding NES/SNES titles all the way up to the PS2/GameCube era. All of them ran smoothly, and we didn’t encounter any sound or image glitches apart from the ones you’d typically expect emulating a game rather than playing it on its native hardware. You’re not going to get Xbox 360 or PS3 emulation with the Next but this is out of reach of most high-powered desktops so it shouldn’t really be put in question really.

As it is a Windows-based device, the Aya Neo Next’s large screen also makes it a great device for watching movies and TV shows. The picture quality is fantastic, and the built-in speakers are surprisingly good. We had no issues streaming HD content from Netflix, and the audio was clear and loud.

The only downside to the Aya Neo Next’s performance is the battery life. If you’re planning on playing games for a long period of time, you’ll need to keep your charger handy. We were able to get around three hours of gaming out of a full charge, which is on par with other handheld gaming devices.

Due to the varying spec levels of the Aya Neo Next, this is reflected in a tiered pricing structure. No matter which Next you opt for though, you’re going to be paying a pretty penny for it. The most affordable model will set you back a hefty $1385, while the top-of-the-line version will cost even more at $1485. That’s a lot of money for a handheld gaming device, even one as powerful as the Aya Neo Next.

For comparison, the Steam Deck starts at $399 and goes up to $649 for the top-of-the-line model. So, the Aya Neo Next is a lot more expensive than Valve’s own device.

If you’re looking to pick up the Aya Neo Next you will have to back the Indiegogo campaign at this current time. We’re sure that it will also be made available from the Aya Neo store directly in the coming months if you’d rather wait.

All in all, there is no question that Aya Neo is pushing the fold when it comes to high-powered handheld gaming devices. The Aya Neo Next is a great piece of kit that offers a lot of power and portability. However, the high price tag might be a turn-off for some people. When you pit it against the Steam Deck, the obvious alternative, the Aya Neo Next comes out on top in a few areas but are the extra features worth the extra cost? That’s something you’ll have to decide for yourself. So, if you’re in the market for a new handheld gaming device, the Aya Neo Next is definitely worth a look. 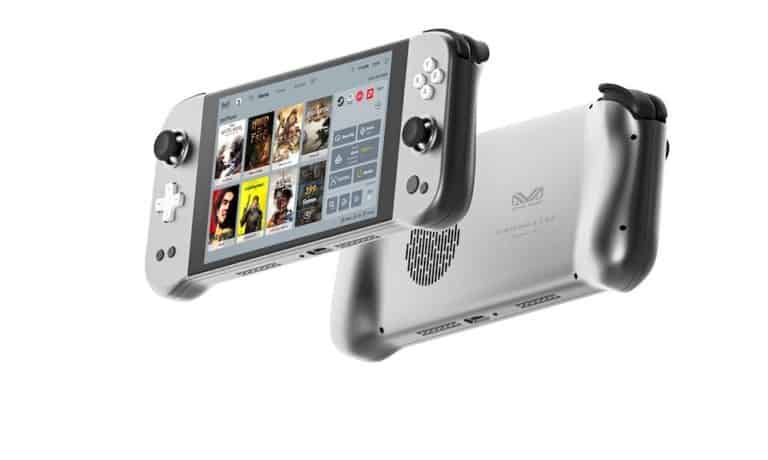