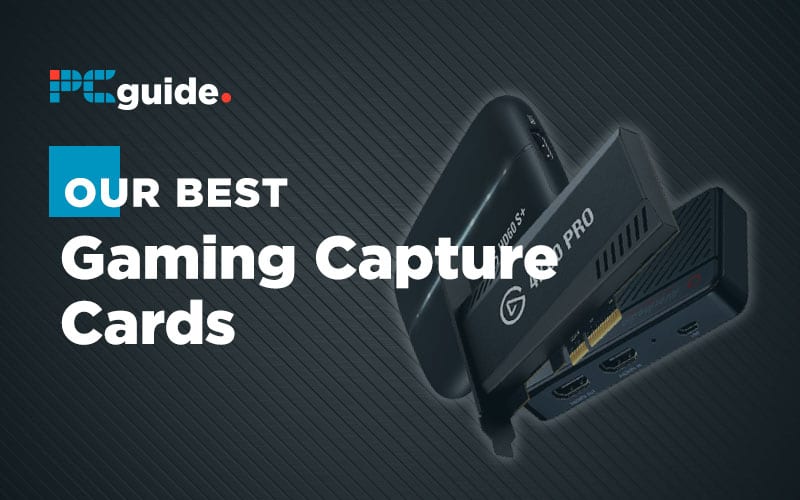 Game streaming has become big business. Online celebrities like PewDiePie,  DrDisrespect, and Ninja are getting millions of views and millions of dollars by streaming their gameplay on platforms like YouTube, Mixer and Twitch. If you want to try your hand at the streaming game—whether it’s to get famous, make money, or just show off your skills to friends—then you need a way to capture video of your gameplay. The easiest way to do that is a gaming capture card. In this article, we’ll run down our five favorite gaming capture cards to help you pick which is best for you. We scoured the internet for the best-reviewed gaming capture cards and picked the top ones so we could highlight their features. That way, you’ll get the one you need to stream and post the way you want. 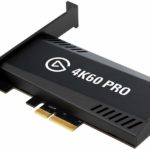 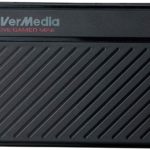 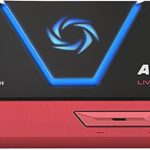 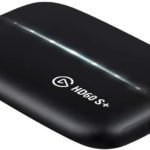 When shopping around for capture cards there’s always one prominent brand – Elgato. Elgato have been the break out manufacturer, and for the most part, the go to choice for the popular content creators out there. The 4k60 Pro is another triumph in their line of capture cards allowing you to capture full 4k HDR10 gameplay alongside 240 Hz passthrough if you’re lucky enough to use a dual PC setup. You’re also looking at a fantastic 140 Mbps bitrate limit, a huge advantagee over many external options out there which usually max out at 60 Mbps. Additionally, with Elgato’s proprietary software, you also get some stellar bolt on features including flashback recording, live commentary functionality, and access to your full video library almost instantly. All of these pluses make this internal gaming capture card one of the best on the market, and with the full 4k recording, it’s somewhat futureproof too.

While many regard Elgato as the main player in the market, AVerMedia have some top quality capture cards out there. Some may even say they offer better fucntionality, especially with their line of portable options. The AVerMedia Live Gamer MINI is such a device. It features full 1080p 60 FPS recording and extremely low latency for instant viewing on your device. The plug and play functionality is a nice element, giving you the on-the-go feel internal graphics cards do not. Furthering this, the Live Gamer MINI is tiny, coming in at 7 x 21 x 15 cm, which enhances the portability aspect greatly, easily fitting into the pockets of many. The REcentral software that comes with AverMedia products isn’t too shabby either. REcentral provides a full streaming and recording experience, giving you the ability to use multiple scenes, overlaying your gameplay with a camera if you so wish coupled with live editing functionality, allowing for a smooth and speedy post recording process.

This internal gaming capture card from AVerMedia comes with all the features of the aforementioned Live Gamer MINI but with the advantage of being directly inserted into your PC. Another key advantage is if you have a much more complex setup requiring multiple recording sources at once, the Live Gamer HD 2 comes with multi-card support, allowing up to 8 cards recording simultaneously. There’s no fiddling around with an external box and some say an internal card  has an improved reliability aspect. This card also details uncompressed video output, giving you enhanced picture quality and a compressed video output with low bandwidth demand. Similar to its portable counterpart, this capture card is simply plug and play, requiring no additional drivers. Just slot it into your PCIe slot and capture your gameplay.

The Elgato HD60 Pro is the internal counterpart to the ever popular Game Capture HD60 range meaning you know you’ll be getting a top quality product that’s also feature rich. While this capture card is limited to a maximum capture resolution of 1080p at 60 FPS compared to the 4k alternative, it is more than enough for most – especially considering the average upload speeds of the masses. However, it does come with all the core features that make Elgato’s capture cards so great; instant gameview, unlimited capture, and superior low latency technology, providing everything you need to get up and running both streaming and recording. If you’re looking for an internal alternative to the HD60 S, this is the way to go but if you want to record in higher resolutions and have more options overall, stick to the 4k60 Pro.

The Elgato Game Capture HD60 S+ is probably the most well known and best overall gaming capture card on this list. It offers top performance for an external card as well as the portability for moving it around multiple setups, taking to your friend’s houses, or even gaming events. You’re looking at recording resolutions of up to 2160p at 60 FPS which is great for those with consoles like the Xbox One X and PS4 Pro. However, if you’re only looking for 1080p 60 FPS, you can do that also. The max bitrate you can record at is limited to 60 Mbps which is great for most but may seem lacking in comparison to the internal Elgato 4k60 Pro card, boasting an impressive 140 Mbps limit. As with all Elgato devices, you’ll be getting the very handy flashback recording feature, meaning if your card is connected up to your device and not currently recording, you can essentially ‘go back in time’ and record that insane 4-piece kill you just got.

First, let’s talk about the benefits a gaming capture card has over software installed on your machine. If you’re a PC gamer, you can download software to capture video; if you game on PS4 or Xbox One, then the system itself has features that allow you to record gameplay. So, why would you spend money to buy another peripheral? The answer is actually really simple: a gaming capture card is easier to use, allows more flexibility, improves game performance, and is what most pros choose to use when they make their videos.

First, it’s easier to use than a built in program. When it comes to PS4/Xbox, you do have the option to record video on your system—however, you have to record in 15 minute chunks. This is a major hinderance—something built in by the manufacturer to stop copyright infringement. Overall, it’s a hassle and the easiest way to avoid it is just get a good game capture card. These USB devices simply plug in and record at the press of a button.

Next, the game capture cards will improve graphical performance when you are recording video. When you’re using built in system capture, you’re going to lose graphical capabilities because your system’s RAM is going on overdrive to run two processes at once. The beauty of a gaming capture card is that you’re not using your machine to do the heavy lifting of recording video—instead, you have a second, dedicated machine to do just that. Since you can’t upgrade a PS4 or Xbox, you need a second machine that’s solely for streaming. PC gamers will find limited use in gaming capture cards.

Third, gaming capture cards allows flexibility in the file formats you output your videos, and allows you to connect to a separate machine that handles the streaming. With streaming editing software, you’ll be able to add your channel title cards, score boards, picture in picture camera, and more. This is why the pros—people who make money off of streaming—choose to use a capture card. 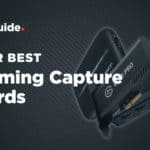 Alright, we covered a lot of material in this one, so let’s sum it up! First, gaming capture is becoming a huge business, it’s a lot of fun, and you’re going to want to get into it. If you have a current generation console, you have some built-in options, but these aren’t enough for the serious streamer. Microsoft and Sony want to cut back on copyright infringing, so they’re very careful with how much material you can record. The Elgato 4k60 Pro has a bunch of great features as well as being an internal variant, giving you the reliability and future-proof capabilities.

When you’re buying one, if you’re a console gamer, you need to get an external variant, or you’ll need to run your computer as your capturing device with an internal one. If you’re a PC gamer, you can get an internal capture card and get a lot of bang for your buck if you have enough RAM to run the card.

Gaming capture cards are going to let you stream and download game footage directly to your hard drive. They’ll let you output files in a variety of formats. They’ll also let you edit on the fly. There’s a reason all the pros use a gaming capture card.

We recommend the Elgato Game Capture HD60 Pro as the best overall capture card for price and features, closely followed by the Elgato Game Capture HD60 S+ due to the portability aspect. The Elgato Game Capture 4k60 Pro Mk. 2 is the best internal gaming capture card on our list and perfect if you’re going to use a designated system to stream and capture your video. Finally, the AVerMedia Live Gamer MINI is the best card if you just want a simple plug and play method of capturing your gaming footage. You can’t go wrong with any of the choices on our list though! So pick the one that’s best suited for you and go get to streaming!