If you’re trying to decide on a top-performing GPU then you’re thinking about RTX 4080 vs RTX 3080.

You can pull the trigger right now and land yourself the incredibly capable 10GB Ampere model for less, or hold off a few more weeks and score the bleeding edge for more of a premium price. It’s not an easy decision, and we’re here to gear you up with all you need to know.

That’s because there are many factors to consider when weighing up RTX 4080 vs RTX 3080. It comes down to far more than the specs and raw performance prowess, but also the market availability and value for money, too.

That’s what we’re looking at here. We’ve done the legwork to give you the ultimate comparison between these two all-star video cards.

In order to get the key differences between these two GPUs across as easily as possible, we’ve compiled the major similarities and differences into an easy-to-read table. While the gulf between the 4080 and 3090Ti isn’t quite clear cut, there are some pretty stark differences – at least specs wise – when comparing the 4080 with the 3080.

The RTX 4080 is built on the AD103 graphics processor, which is much smaller silicon than the GA102 processor. The key difference here is the process behind the two boards, as the upcoming high-end model runs on a 4nm microarchitecture as opposed to the older 8nm process. This means that the new GPU can reach faster clock speeds on a smaller memory bus.

According to TechPowerUp, the RTX 4080 will feature the same TDP as the older RTX 3080 model. The caveat, though, is that the upcoming graphics card will require a 16-pin connector instead of the previous 12-pin connector. That’s true for the Founders Edition model at least, but aftermarket variants could ship with different outlets, as we’ll touch upon below.

MSI is among the first hardware manufacturers to detail its upcoming aftermarket RTX 4080 models. We can look at the official specifications for the GeForce RTX 4080 16GB SUPRIM X model to confirm this. The tech specs have stated that this model will use the 16-pin power connector and come with an adapter, meaning you will likely need 3x PCIe power connectors to use.

Originally reported by Tech Critter, Nvidia itself has commented on the power draw and PSU options needed for RTX 4080 video cards. Much like the RTX 4090, the RTX 4080 appears to require the same 850W minimum power consumption. Technically speaking, you can get away with 750W according to Team Green, but some manufacturers, such as MSI, are pushing the former.

We recommend one of the best PSUs if your rig doesn’t quite match up to the power requirements of the RTX 4080. Chances are, though, if you’re upgrading from the RTX 3080, then you should be covered here, but if you’re jumping in after a Turing or older model, then an upgrade may be due. 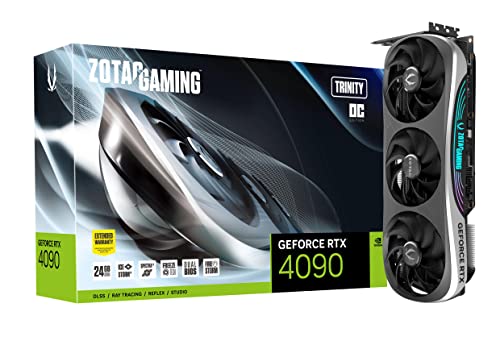 Arguably the most important difference between the two GPUs is the price point. Put simply, the upcoming Ada video card retails starting at $1,199, with the latter selling from $699. This is in an ideal world where the semiconductor shortage over the past two years didn’t impact the Ampere launch as the latter was sold at much higher than recommended retail price until recently.

What we can tell you that’s concrete, though, is that the RTX 4080’s price point is the same as that of the RTX 3080 Ti. This means that the new video card is roughly 71% more expensive than the stock RTX 3080 was at release. We need to state that the refreshed model is now commonly available for under $1,000, such as with the Asus RTX 3080 Ti TUF at retailers like Best Buy.

Realistically, you’re going to spend around $200 more for an RTX 4080 than you would for an RTX 3080 Ti at the end of 2022. If the power potential differences here, and the use of DLSS 3.0 are worthwhile for you, then an upgrade to the latter is certainly considerable. We’ll touch more on the differences in performance capabilities below.

Little exists about the real-world performance of the RTX 4080 at the time of writing. However, we’ve found some benchmarks that give us a good indication of what to expect from the latest Ada card. According to Overclock3d, Nvidia has unveiled figures on demanding games of how the 16GB Ada model compares to its older 10GB Ampere equivalent.

According to this chart, we can see that the RTX 4080 does storm ahead in the native performance, with a power increase of roughly 44.73% between the RTX 4080 and stock RTX 3080. Where things become unfair here is that the Ada GPU uses DLSS 3, but the older Ampere card does not have access to this technology, limited to DLSS 2.4.

The older version of the A.I. supersampling technology was able to push the framerate by roughly double with the RTX 3080. By comparison, the RTX 4080 (combined with DLSS 3) more than doubles the frame rate with a percentage increase of approximately 132.72%. DLSS is incredibly popular and appears to be needed to really push FPS for 4K120 as the standard.

We’ll be bringing you more on the performance of the RTX 4090 closer to the release date itself. From what we’ve been able to find out, though, it’s looking like the key focus is on pushing higher frame rates without sacrificing ray tracing prowess and higher resolutions. Could this be the definitive card to get? We’ll let you know as soon as we can.

If you’re interested in more GPU comparisons, we’ve analyzed RTX 4090 vs RTX 3090, too. If you’re hoping for some deep discounts over the winter sales events, we’re also bringing you everything we know about the upcoming Black Friday Nvidia deals and Black Friday GPU deals as well.

If you’ve got the extra cash to spare, we think that going for an RTX 4080 is a better idea as the GPU will be more technologically relevant for longer due to the inclusion of DLSS 3, tech the older Ampere model doesn’t have. With that said, considering you can get an RTX 3080 Ti for under $1,000 nowadays, the better value for money could be to go for an older video card.

DLSS 3 is the newest version of Nvidia’s A.I. supersampling technology. What’s new with this version is the implementation of Frame Generation, where the new Tensor Cores generate two specific images and then chooses one that best fits the situation in-game. This means far higher frame rates than what’s possible with older DLSS 2 technology that you’ll find with Ampere GPUs.

The RTX 4080 will utilize 16GB GDDR6X VRAM. Originally, Nvidia planned to launch two versions of the card, with a cheaper model that would have used 12GB memory instead. This variant was ‘unlaunched’ by Team Green for unconfirmed reasons.