Black Friday is never just one Friday. Yes, technically, the holiday should start and end when it says it does – on the Friday after Thanksgiving. This year, that falls on November 27, but that doesn’t mean we’ll only see deals and discounts then. In fact, it feels like year on year, Black Friday starts increasingly earlier. We’ve already seen some great Black Friday deals cropping up around the web, especially in the tech sphere, and Amazon’s early Black Friday deals are looking promising.

Amazon Black Friday deals are always certain to be outstanding, with huge price slashes on brand new gadgets. And, this week, they already started. This week, Amazon slashed the prices on its new Fire TV range as well as the Kindle and some Echo products.

Of the former, the all-new Fire TV Stick Lite (with Alexa) has dropped from $29.99 to $17.99 while the Fire TV Stick 4K (with Alexa) has dropped by even more, from $49.99 to $29.99. With cold, winter evenings looming, now’s the best time to invest in one of these handy contraptions. They can give you access to all major streaming platforms, like Netflix, Disney Plus, Heyu and, of course, Amazon Prime, for all of your early Christmas movie needs. And, if you’re a fan of hands-free browsing, the Fire TV Cube is at its cheapest yet at $79.99 – $40 down from its usual price of $119.

Another one for the cosy Winter nights – Amazon’s All-New Kindle has seen a price drop of $30, now selling for $59.99. The e-reader, released in 2019, features a glare-free 6-inch display, has 4GB of storage, and features a battery charge that lasts for weeks on a single charge. You can’t beat hot cocoa and a novel in the evenings, or maybe you’re just trying to go paperless from now on. Either way, the Kindle is perfect! I got one for my Grandad on Prime Day and I can confirm he’s a fan.

If you were hoping to snag a smart speaker this year, you better act quick! The Amazon Echo (3rd generation) has dropped to a record-low price of $18.99, down from $49.99. Bargain!

What are you waiting for? If you’ve been planning to upgrade your gadgets this Black Friday, why not start straight away and grab these deals while they’re still hot? We wouldn’t blame you. 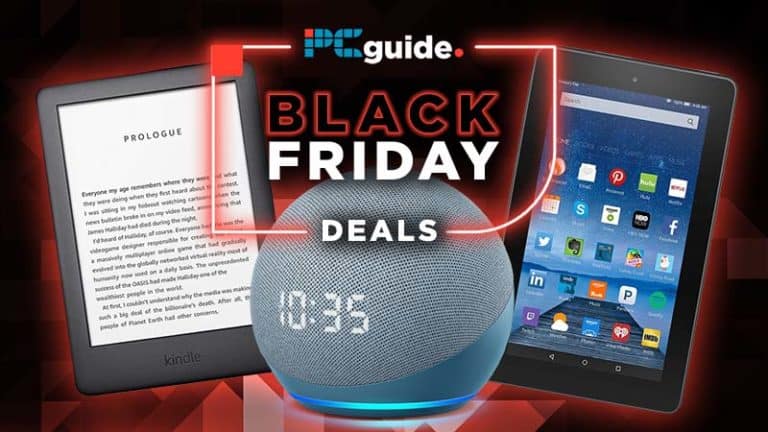