The AMD Radeon RX 5700 is one of the first two graphics cards on the market using the Navi architecture and a 7 nm manufacturing process.

In this article, we’re going to walk you through the best currently-available options for the RX 5700, and provide a detailed buying guide so you can make the right selection. In addition to helping you decipher the specs we’ve provided for each GPU, we’ll also give you solid performance numbers so you can know what to expect once one of these best RX 5700 cards are finally humming away inside your PC. 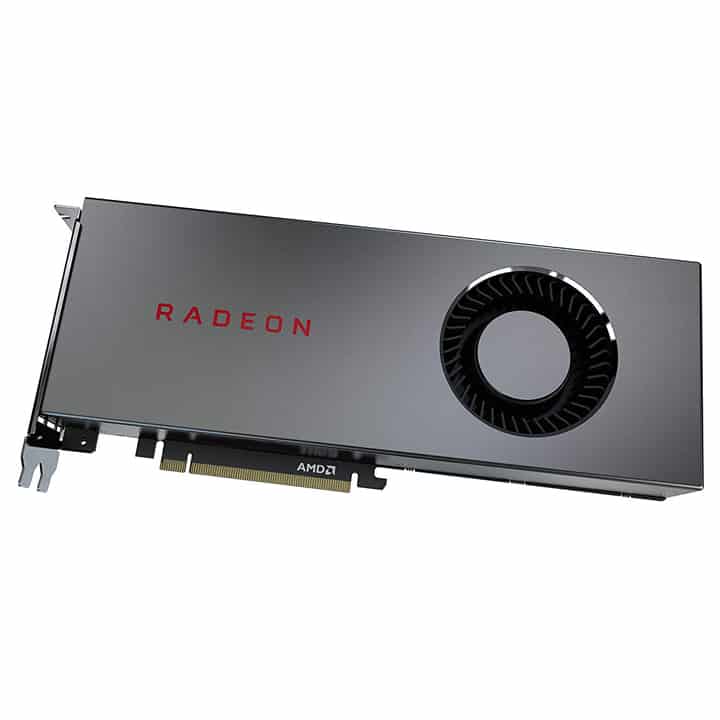 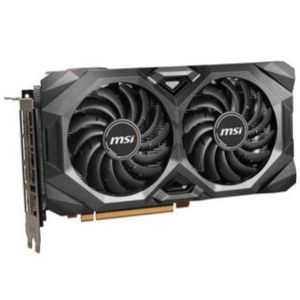 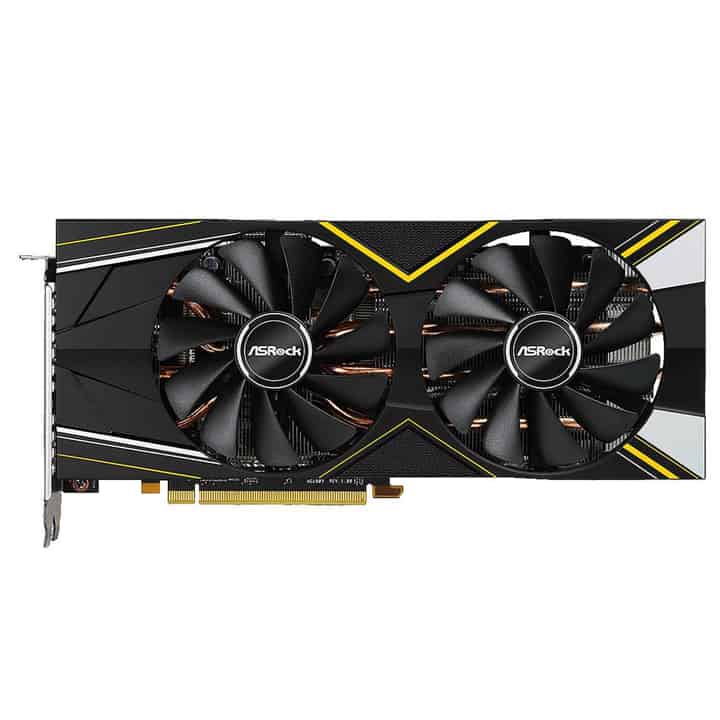 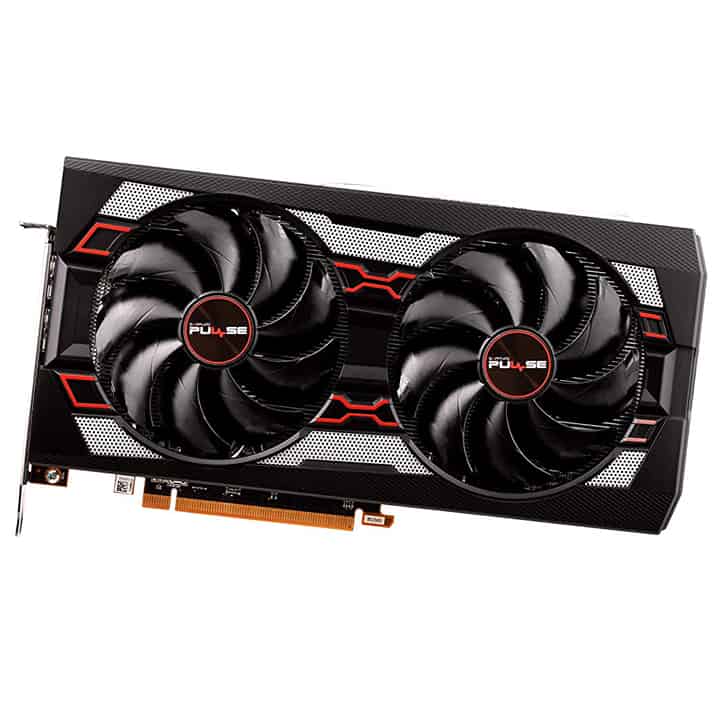 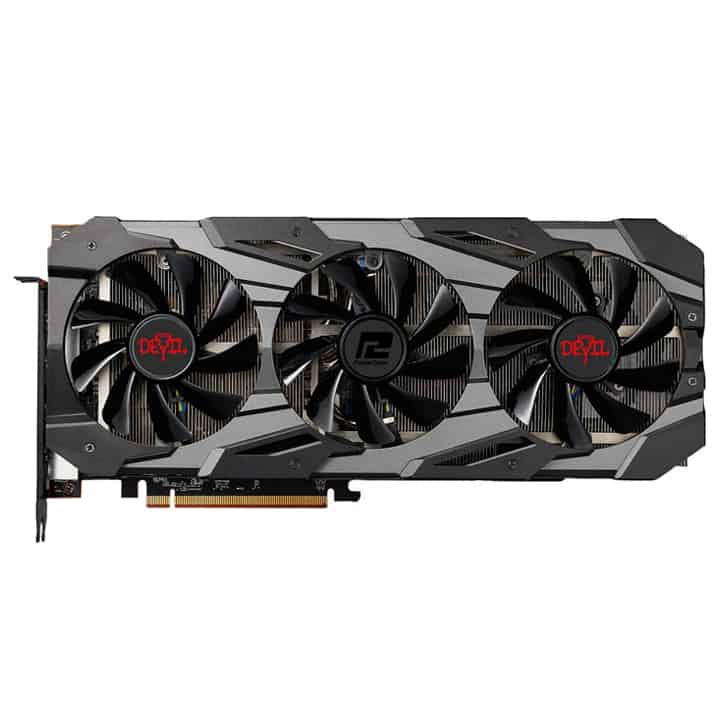 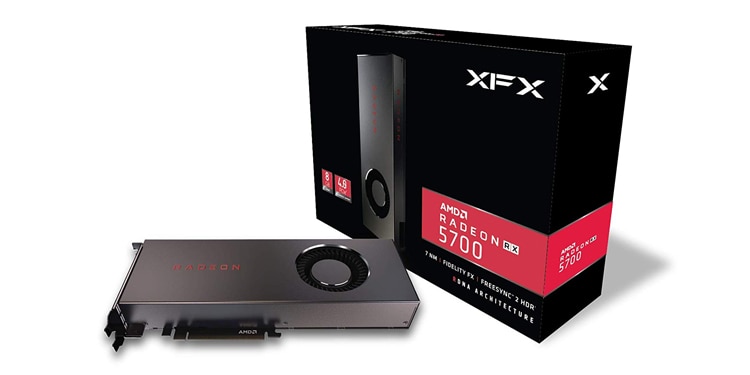 Unfortunately, the blower-style cooler may be an issue if you’re sensitive to noise. Unless you really can’t afford anything better or you plan on doing custom work, you may want to upgrade to one of the partner card designs listed below. 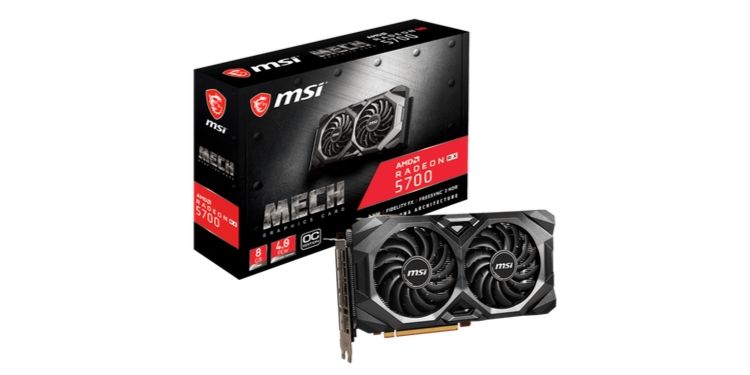 If you’ve looked at our other picks for best RX 5700, you’ve probably noticed a trend: these cards are long. Even the reference design starts at 267 mm, which is a bit over 10.5 inches. If you don’t have much room, lengthwise, available in your PC...is there any option for you?

If length is the only constraint, our first pick would definitely be the MSI Mech OC RX 5700. IT has the shortest length of any of our selections, at 232 mm. This brings it slightly over 9.1 inches, and that may give you just a little bit of horizontal clearance that you’re missing out on.

It also has a great dual-fan cooling design and modest factory overclock. It’s wider and thicker than some of our other options, though, so for slimline ITX builds or prebuilts without extra PCIe slots, that may be a problem.

If you’re in a size-restricted chassis, another option to look at is our #4 pick below. 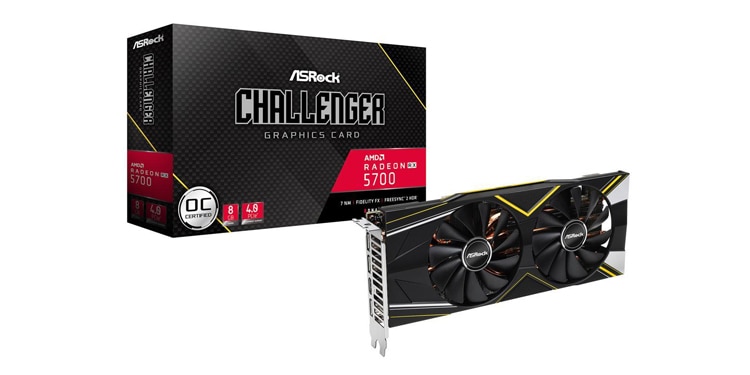 The ASRock Challenger D OC RX 5700 is a curious card. It’s the only non-reference card on this list that can actually stick to a proper 2-slot design, whereas all the others feel the need to constantly push those limitations by some millimeters whenever possible. If you want a proper 2-Slot card and don’t have vertical room for the airflow required of these larger cards inside your chassis, then the Challenger D OC is a great pick for you.

Unfortunately, this is also one of the longest cards on this list. A 2-slot card may help if vertical clearance is the issue (ie: so your GPU isn’t blowing onto your PSU and vice versa), but 281 mm is less likely to fit inside a space-constrained chassis, like those in an ITX build. 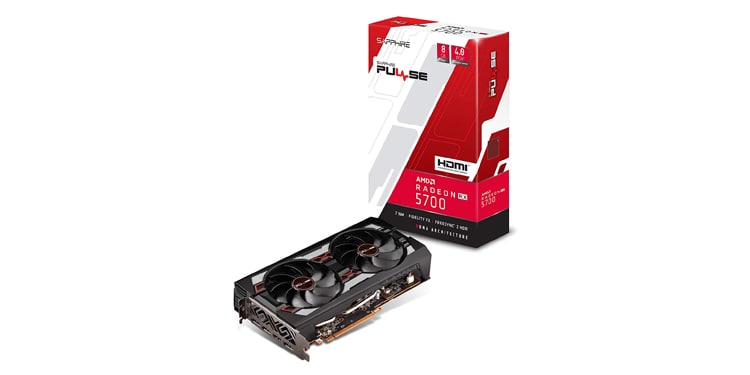 The Sapphire Radeon Pulse RX 5700 is likely the best option for users who need a smaller version of the card. It has the shortest length by a considerable margin, and while its cooler design does still breach 2-slots, it should still fit just fine in all but the most extreme ITX case builds. If what you need is a small, high-quality GPU, congratulations: this is the card for you.

Its smaller size will reduce its performance in user-end overclocking, though. You’ll also be paying for the luxury of having a smaller graphics card, since this one is a bit more expensive than other options. 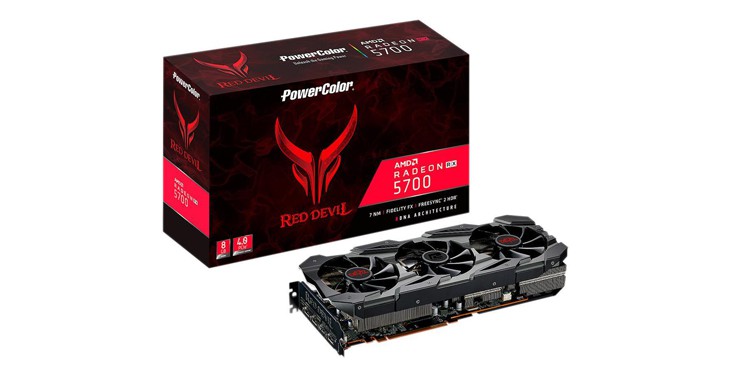 If space isn’t a concern and you simply want the best of the best, don’t let us stop you. The PowerColor RED DEVIL RX 5700 boasts the beefiest cooler design of all the cards here, allowing it to enjoy the highest out-of-box performance and the greatest margins in user-done overclocking. The RED DEVIL line has always been known to push AMD GPUs to their limits, and PowerColor has made that more apparent than ever with their 5700 and 5700 XT launches.

Unfortunately, the PowerColor RED DEVIL RX 5700 is also the most expensive card here, which may be a problem if your budget can barely afford a reference card. It also pretty much requires a Micro ATX case or larger for ideal performance and airflow, with compatibility/ performance more likely to be a problem in a Mini ITX build.

In this section, we’re going to walk you through all your need-to-know questions as a consumer. We’ll go over what the various specs we listed above actually mean, and we’ll also discuss things like performance and competing cards.

The AMD Radeon RX 5700 series is a set of two GPUs released by AMD, boasting their new Navi architecture for improved performance and efficiency.

The difference between the RX 5700 and the RX 5700 XT manifests as a roughly 10 percent performance gap, which may sound minor, but makes a major difference in this price range.

This pits the two cards against two completely different competitors- the 2060 Super for the 5700, and the 2070 Super for the 5700 XT- without either losing significant ground. Both cards are superb for their value, especially considering that the 5700 matches the price of the base RTX 2060 despite outperforming it significantly.

What cards does it compete with?

The RX 5700 was built to compete with the RTX 2060 Super at a lower price, and for the most part it does a really great job. Outside of a few titles optimized explicitly for Nvidia GPUs, the RX 5700 meets or exceeds the RTX 2060 Super’s performance at a far lower price point. The non-Super RTX 2060 retails for the same price as the RX 5700, and is outright beaten by a very significant margin in performance.

Where the RX 5700 falters when compared to the two RTX 2060 cards is in features like real-time ray-tracing. To keep costs low, features like this were omitted from the AMD Navi launch, allowing these cards to be competitive in actual gaming performance. Today, this is a very justifiable decision, since ray-tracing tanks performance in even the best scenarios and is only rarely supported…

Some years down the line, though, and not having ray-tracing may be a bit more of a downside. If you plan on keeping this GPU for five years or longer, for instance, you may end up missing out. If you’re on a standard four-year or shorter upgrade cycle, though, chances are it won’t bother you.

How does it perform in games?

We’ve established how this card compares to its 5700 XT brethren and its Nvidia competition, but what does that actually mean in performance numbers? First, we’ll go ahead and link to some reputable benchmarks from our peers at Digital Foundry. If you don’t feel like going through all their pages of reviews, we’ll go ahead and cover common resolutions and the performance you can expect below.

Whenever you buy one of these RX 5700s, you’re going to be buying a card with a fundamentally identical GPU chip inside. These GPU chips will share the same rough level of performance across-the-board, with higher factory overclocks indicating slightly improved out-of-box performance.

The main reason to buy based on clock speed is if you have no plan to do user-end overclocking yourself. If this sounds like you, then shooting for a graphics card with higher out-of-box performance will pay off, even if by a little bit.

Higher factory overclocks can also seem appealing for other reasons. Generally-speaking, the higher the manufacturer is willing to set it, the more confident they are in their cooling design. So even if you do plan on doing your own overclocking, opting for a card with a better cooler can still come in great use.

Width and length are the two physical specs that will have the greatest impact on whether or not you can fit your graphics card into your system.

Width refers to the width of your graphics card, measured in PCI Express slots. 2-Slot is standard, but many cards on this list will go for 3-Slot or somewhere in between. (Which is often still effectively 3-Slot, in the way that you can’t take up 2.5 parking spaces and still claim that there is 1 available for someone else).

Length refers to the length of the longest side of your graphics card, measured in millimeters. This will be the most important compatibility concern for most users, and you’ll want to check that the required spacing is available inside your PC. You can do this by either checking for yourself or consulting the spec sheet of your case, wherever you may find that.

What ports you need

Last up, let’s talk about the common display connectors you’ll see on the back of your graphics card in 2019.

VGA/DVI/Other Old Standards – All along obsolete, and unfortunately their modern support taken with them. If you’re buying a beefy new GPU like this, you should probably get a new monitor to go with it. But if you’re still insistent on using something like this, a DisplayPort to DVI adapter could be a great choice.