If you’re looking for the best gaming monitor under $100 be sure not to pick up a lemon; check out our expert picks instead

When it comes to gaming, the monitor is where the rubber meets the road. Even the best gaming rigs on the market will seem like rubbish if they’re paired with a lousy monitor. Likewise, a lackluster gaming computer can make up for it with the right monitor. With this in mind, we set out to find the best gaming monitor under $100 and came up with the six options we reviewed below. 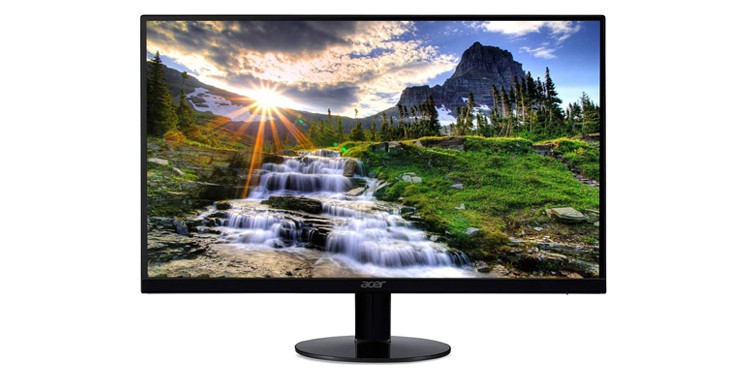 When it comes to finding the best monitor under $100 most people won’t have to look any further than Amazon’s Choice for monitors. That’s right, of all the monitors on the market with price tags well into the thousands, the Amazon Choice for the entire category is the incredibly affordable Acer SB220Q.

This monitor uses an IPS panel that offers solid color production for the price and excellent viewing angles. When paired with the 1080p HD resolution this monitor is great for tons of applications from watching movies to playing games.

What really makes this one of the best cheap 1080p monitors though is the refresh rate and low response time. While 75Hz is not the best-- and is well below what you’ll find on our best gaming monitor under $200 list-- it is very impressive for the price and will offer an improved experience over a standard monitor.

Along with the mere 4ms pixel response time this monitor holds its own as the best budget monitor under $100 and even beats out some monitors well above its price. The major weakness of this monitor is that it only has two inputs on the back, an HDMI and a VGA, which limits your options. 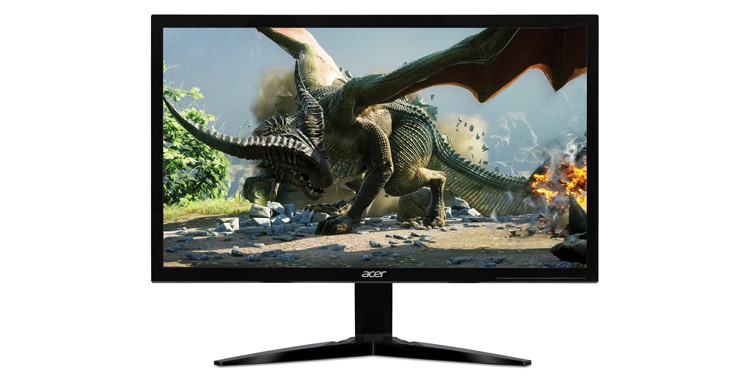 When shopping for any monitor, especially a cheap gaming monitor under $100, the panel type is very important to keep an eye on. Panel type goes a long way towards determining many of the most important characteristics of a given monitor. From how vibrant the colors are, to how responsive the monitor will be.

We’ll look in more detail at the differences between different panel types in the guide section of this article. For now, though, it’s important to know that TN panels, like the one found in the Acer KG221Q, are easily the fastest panels when it comes to affordable monitors.

This monitor has the same 75Hz refresh rate as the monitor in the number one spot on our list, but boasts a mere 1ms response time. This is thanks to the quick nature of TN panels in general. There are sacrifices associated with TN panels, however, including lackluster color production and very poor viewing angles. 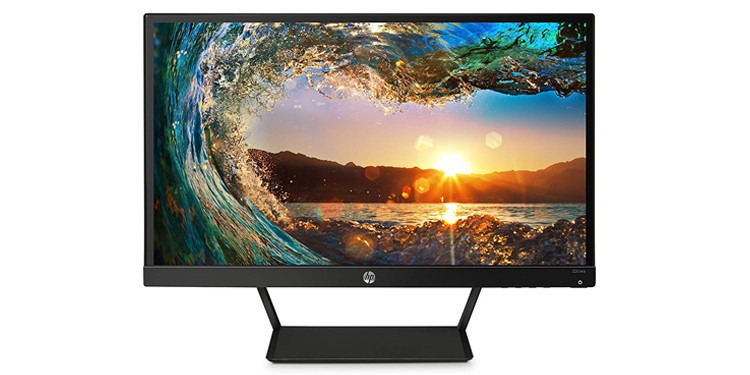 In many ways, IPS panels are the opposite of the TN panels we just discussed. Where TN panels are fast, cheap to manufacture, but offer pretty mediocre colors, IPS panels are known for vibrant colors but less responsive performance. This is exactly what you get with the Pavilion monitor from HP.

This monitor offers very vibrant colors for the price and has a stunning 8 million to one contrast ratio. This means that blacks will be very dark while a neighboring pixel can be very bright. That makes this the best computer monitor under $100 for those who enjoy more cinematic games like Tomb Raider.

These games also typically have slightly slower action, unlike a game like Doom 2016 or Quake, for example. This nicely covers up the place that this monitor is most lacking, which is in refresh rate. While a 7ms response time won’t leave your screen a streaky mess like many cheap monitors will with trails left behind after an object passes through a pixel, it is far from what most people would call responsive. 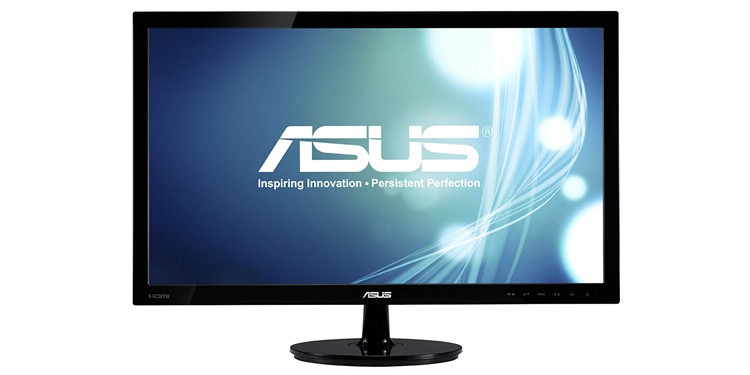 If you’re someone who uses their battle station not only for gaming but also for movie viewing or even video or photo editing, then the ASUS VS228H-P is a strong choice. It offers very balanced performance for a TN panel monitor that covers the bases for all forms of entertainment and work.

For starters, it flaunts the trademark responsiveness of TN panels with a 75Hz refresh rate and a mere 5ms response time. On top of this, it produces better colors than we’ve come to expect out of TN panels. Partly thanks to ASUS’ video intelligence technology.

The monitor can be set to one of the eight intelligent settings depending on what you’re doing at the time. These settings include an sRGB mode for photo or video editing, a gaming mode that enhances only dark areas to make it easier for you to see your enemies in game, and a movie mode that makes colors especially vibrant.

The major drawback of this monitor stems from its use of a TN panel: very poor viewing angles. If you’re not pretty much perfectly lined up with the sweet spot of this monitor it will cause color distortion. This means this is definitely not the monitor for playing local multiplayer games on. 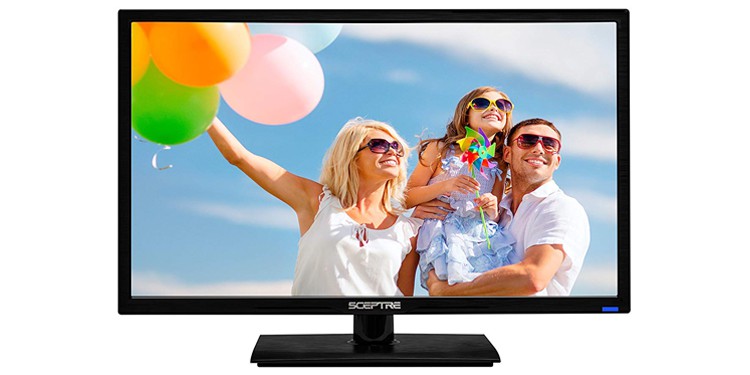 In case you haven’t already noticed, all of the good gaming monitors under $100 we’ve looked at thus far are a meager 21.5” in size. Depending on your desk setup this is pretty sufficient for most people, but if your desk is pretty deep or you sit far from your monitor you might be on the lookout for something bigger.

If this is the case, then the Sceptre E24BV-FC is a great option. Interestingly enough, this monitor is actually marketed as an HD TV but comes in at a mere 24” which is pretty small for a TV but most people will find it just about perfect for a monitor.

Scepter has built this monitor with an IPS panel that offers solid color production but a lower refresh rate, as would be expected from a product marketed as a TV. This monitor also has a pretty poor response time, but still not so bad that you’ll notice considerable streaking when things are in motion across the screen. 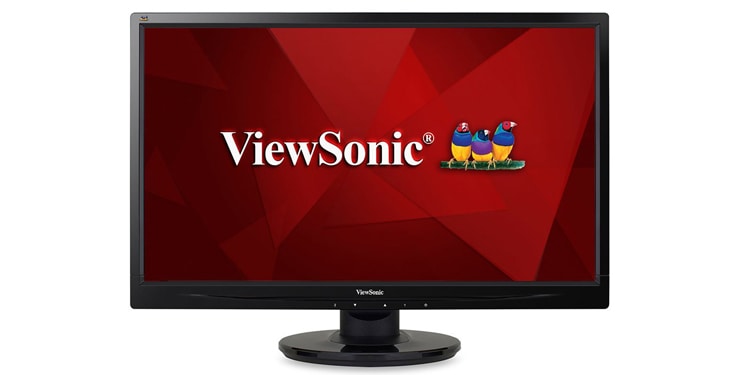 Finally, we have a monitor for those who don’t want their investment to fail them any time soon. ViewSonic is an established name when it comes to monitors, and all of their monitors come with an impressive 3-year warranty.

Any time you dabble in the lower end of electronics there is a high risk of getting, in all honesty, ripped off. Many affordable electronics can die in less than a year or otherwise start presenting issues such as dead pixels or crackly speakers.

ViewSonic works to assure its users that this won’t happen with the 3-year warranty that beats out all of the competition at this price point. Specs wise, however, this monitor leaves a lot to be desired. The panel doesn’t have the best color or contrast and still lacks an impressive refresh rate and response time.

Now that we’ve reviewed our top picks for the best gaming monitor under $100, let’s look at some of the most important specs to keep an eye on. These are all important to know for any monitor purchase, but we’ve ordered them from most to least important when it comes to this price point.

When it comes to budget monitors, nothing will affect overall performance like panel type. Panel type plays a large part in how colorful a monitor will be, how responsive it will be, and its viewing angles. There are three main types of panels that are used in computer monitors today:

Refresh rate and response time are very important for gamers to be aware of. The refresh rate is a measure of how many frames per second a given monitor can show on screen. The higher this number the more smooth motion on screen will appear and the higher the frame rates your games will be able to run at (assuming your computer can manage it).

Response time is closely related and is a measurement of how quickly the pixels on the monitor can change from one shade to another. A very slow response time can result in ghosting or other artifacts where a trail is left behind an object as it moves around on screen.

Faster response times can also offer a competitive advantage since changes to an object’s position in game will be rendered on your screen a split second sooner on monitors with lower response times.

Resolution is a spec that almost everyone these days is already well familiarized with. All of the monitors on our list use the standard HD resolution of 1920 by 1080. What differentiates some of the monitors from the others is the pixels per inch, or PPI.

This is a measurement of how densely packed the pixels are on screen and is inversely related to the size of the monitor. The larger the monitor is at a given resolution the lower the PPI will be, which results in a slightly less sharp image.

In this case, all of these monitors look pretty sharp considering the price and budget. In short, other factors, like panel type, will have a much larger effect at this point.

Finding The Best Quiet Keyboard For 2019