Which manufacturer is providing the best RTX 2060 Super on the market? What makes the Super different from the original RTX 2060, and how do you pick from all the available selections?

We’ll be answering all of those questions and more in this article. First, we’ll be giving a mini RTX 2060 Super review for our top 3 picks below. Afterward, we’ll provide a buying guide, which you can browse to find information on how these cards will perform, how they compare to the non-Super 2060, and how to choose the right one for you. 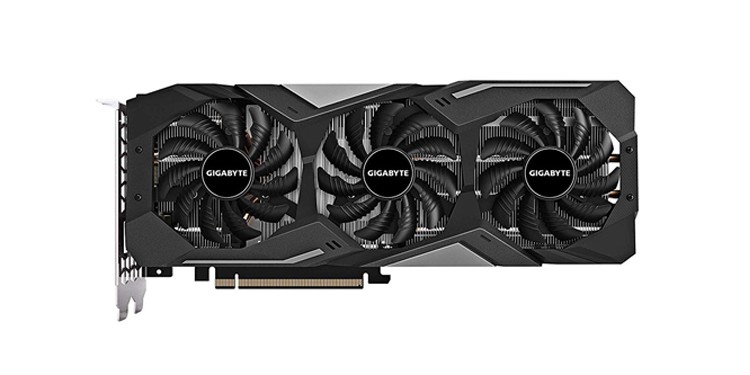 With this card where you will get the cheapest RTX 2060 Super price. What makes a card the “best” will vary depending on your needs, and we’ve chosen this card based on its price-to-performance ratio.

In addition to being one of the cheapest 2060 Supers on the market, the Gigabyte Windforce RTX 2060 Super is also the one with the best cooling performance in its entry-level price range. This comes at the cost of a larger size, but the extra fans and cooling mass go a long way toward ensuring low temperatures and high framerates.

So you have great cooling performance, USB-C support for VR gamers, and even a pretty decent factory overclock. What’s the catch?

As mentioned above, it’s the size. This is the second-largest GPU on this list, with a length of 281 mm. That’s much larger than many prebuilts and ITX cases are built to manage, so make sure to double-check for compatibility before grabbing this one!

The smallest RTX 2060 Super is the Gaming X from MSI 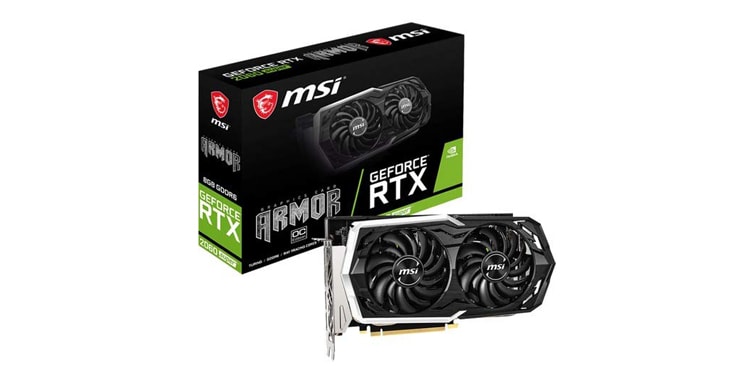 The MSI Armor OC RTX 2060 Super is the 2060 Super for those who don’t have massive full tower ATX cases. While it’s still a 2-slot card and its 250 mm length isn’t very “mini” compared to, say, GTX 1650 standards, this is still about as small as cards in this price range get. For the vast majority of PC cases out there-- even ITX cases-- this card should fit just fine.

In exchange for the more reasonable size and low price (for a 2060 Super), you do make some trade-offs. USB-C is nowhere to be seen here, and the factory clocks on this one are actually lower than our other picks by a couple hundred MHz.

Don’t let that clock speed discourage you, though-- the cooler design of this card should allow modest overclocking to cover the gap, and that gap manifests in marginal FPS gains, anyway. 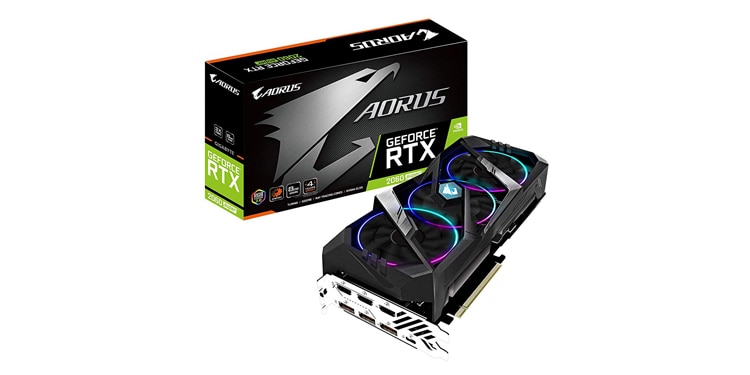 Okay, but enough compromises. Do you want to get the best performance for your money in this price range with some nice extras? If so, the Gigabyte AORUS RTX 2060 Super is a beast of a card and is exactly what you’re looking for.

This is a behemoth, boasting a 3-slot cooler design and a length of 290 mm. This isn’t made to fit inside a small chassis; it’s focused on pure performance. The high factory overclock comes with the territory of such a large cooler design, but with all the thermal mass available to you, you’re sure to push it even farther with overclocking (if you want to).

Looking past pure performance for a moment, you also have a laundry list of extra features. USB-C for easier VR gaming, a ton of extra video ports, and even RGB on the fans, because you deserve it!

The only real downside is the sheer size, which may be a little much for smaller builds. Otherwise, this is a great card for not much more than MSRP.

Buying The Best RTX 2060 Super For You

In this section, we’re going to tell you all you need to know about buying the right RTX 2060 Super for your needs. This includes information about how these cards will perform, how to set them apart from one another, and what makes this card different from the non-Super variant.

If you’re on the fence between the RTX 2060 and RTX 2060 Super, you’re probably wondering what makes this card so…”Super”. This becomes an especially pressing question when you realize that both cards are still being sold and that the Super is more expensive! (Note: The 2070 Super and 2080 Super have both replaced their non-Super counterparts in production.)

So, what sets the Super apart?

Well, it’s much faster– around 20 percent faster, actually. This speed puts it in the territory where the card will trade blows with the last-gen RTX 2070! That’s a pretty decent upgrade from a 2060.

How will it perform in games?

Like we said above, this card is a lot closer to an RTX 2070 than an RTX 2060. But to go into more detail concerning performance, the RTX 2060 Super is built for superb 1440p and 4K gaming performance.

In particular, 1440p gaming at high-to-max settings at 60+ FPS should be possible in all but the most intensive games. Lowering to medium and high should also enable 100+ FPS for users with high-refresh monitors.

In native 4K at max settings, you’ll be playing at 30 FPS in the most intensive games. To alleviate this, use resolution scaling or lower extraneous settings to maintain picture quality without losing performance.

For 1080p and VR gaming, this card is absolute overkill. Either of those scenarios should easily push 100+ FPS, no settings adjustments needed. (Unless you’re using a super high-res VR headset, in which case settings/resolution may need some slight adjusting.)

An important thing to understand when buying a graphics card is that regardless of what manufacturer you’re buying from, you’re fundamentally buying the same GPU chip. In this case, that GPU chip is the RTX 2060 Super that all of these cards share. Where these cards differ is in cooler designs, clock speeds, and physical dimensions.

A higher out-of-box clock speed will provide better performance, but not by a huge amount. Mostly, this is just useful for those who don’t feel like doing manual tweaking and GPU overclocking themselves. If this sounds like you, then a high-clocked card might be in order. Otherwise, don’t make this your main metric for buying an RTX 2060 Super.

However, if you’re building in a smaller case, want better airflow, or actually want to use your other PCIe slots, it will be important to keep in mind.

Card length is honestly going to be more important most of the time. Length– measured in millimeters– goes along the longest side of the graphics card. If you’re making a mini ITX or micro ATX build, you’ll want to compare this measurement with the open space inside your case. You wouldn’t want to buy a card too big to fit inside your chassis!

Last but not least, let’s talk about the display ports, like HDMI and… DisplayPort.

HDMI is most commonly used for TV-oriented devices, like consoles. Your modern graphics card will generally have at least one HDMI port for connecting to a TV, but usually, you’ll be dealing with DisplayPort connectors.

DisplayPort connectors are a lot like HDMI, but oriented more toward the PC space and monitors. In past years, they also tended to boast higher bandwidth, but advances in HDMI have made these standards usually about even in terms of maximum resolutions and refresh rates. Technologies like G-Sync and FreeSync usually have better support with DisplayPort, though.

Legacy connectors like VGA or DVI are nowhere to be seen on the vast majority of modern graphics cards, but you can grab adapters for them for fairly cheap. If you’re buying such a powerful graphics card, though, you should be using it with an equally cutting-edge gaming monitor!

Last but not least, there’s the errant USB-C connector you’ll see on many graphics cards. This is actually for VirtualLink compatibility, meant to be used with VR headsets. If you plan on getting the Valve Index or newer models of the HTC Vive/Oculus Rift, then getting a card with this port is definitely worth it!