by Christopher Harper
in Tips

It’s time for some GPU rankings!

This is our new graphics card hierarchy list, which sorts all currently-available graphics cards on the market into an easily-understandable GPU tier list. You can use this to compare graphics cards and how they perform in relation to each other, even across differing brands and architectures. We’ve worked really hard to make sure that each of our picks are accurate and available at the time of writing, so we hope you enjoy!

Tier 1: The Ultimate (The Best 4K and VR Experiences)

To kick off our GPU Hierarchy with a bang, we’re starting with Tier 1: The Ultimate.

The cards within this range are the strongest available on the market, and built to chew through even the beefiest modern games at maximum settings and 4K resolution. VR gamers opting for high-end headsets like the HTC Vive Pro, Valve Index, and the Oculus Rift S will also be able to take advantage of the greater GPU power here, especially for driving 120 Hz VR experiences.

This isn’t the range where you’re buying for performance-per-dollar, mind. This price range is for the most expensive, most absurdly powerful GPUs, and that does come with a price premium. However, buying these now should put off your upgrade cycle by at least another couple years on top of the typical 4-year cycle experienced in other price ranges. 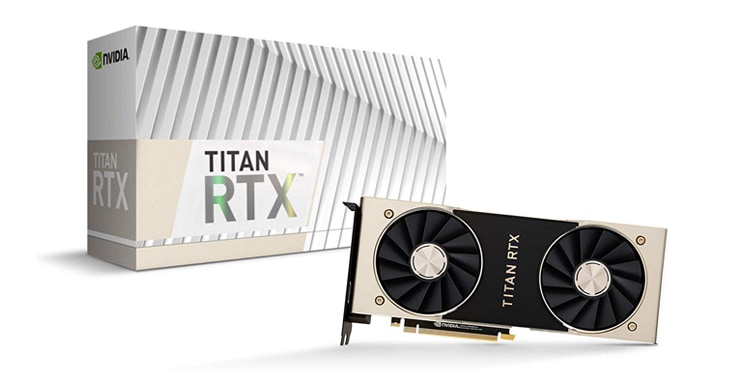 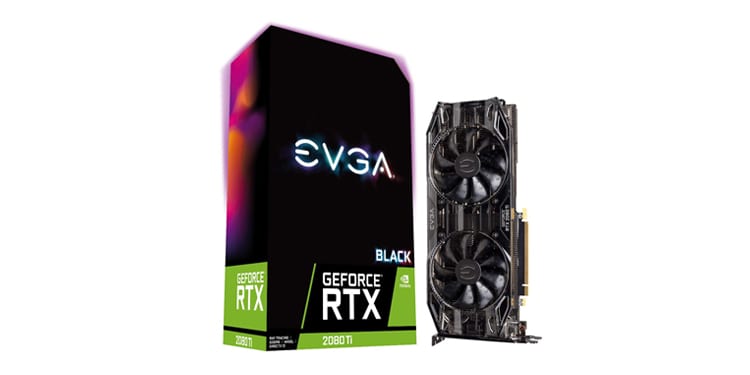 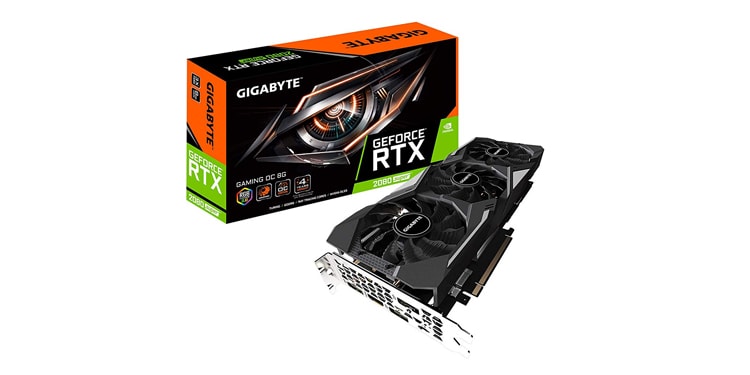 High-End provides proper high-end gaming experiences as it provides great 4K and VR gaming performance. If playing at 1440p, this is also where you’ll find the graphical power to more comfortably push games to 120 Hz and beyond, providing ultra-smooth experiences that console gamers could never dream of. 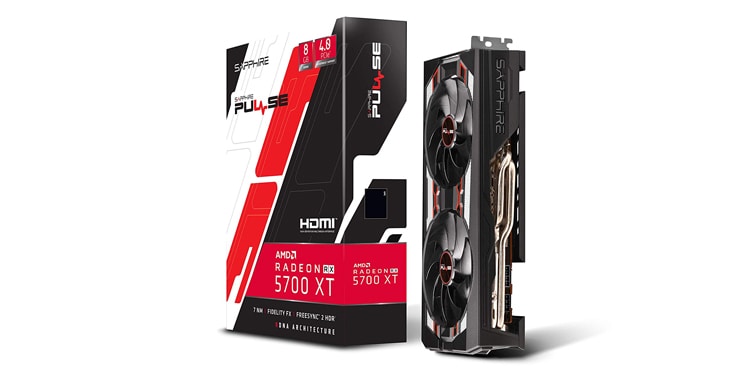 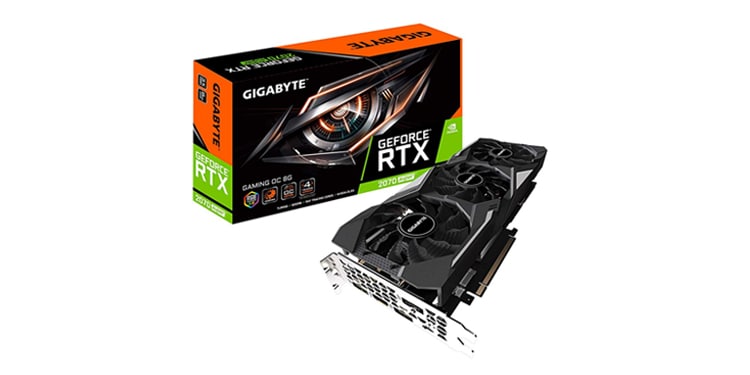 Now for Tier 3: Midrange Powerhouses. This is one of the most popular ranges to buy a graphics card in, and for good reason: this is where you get some of the best performance-per-dollar while still futureproofing your system!

In addition to playing in 1440p and VR at high-to-max settings and 60 FPS, the high VRAM capacity and general power offered by the cards in this category will allow for some 4K gaming. You may need to downscale resolution to 1800p or turn down other settings in order to maintain 60 FPS, though. 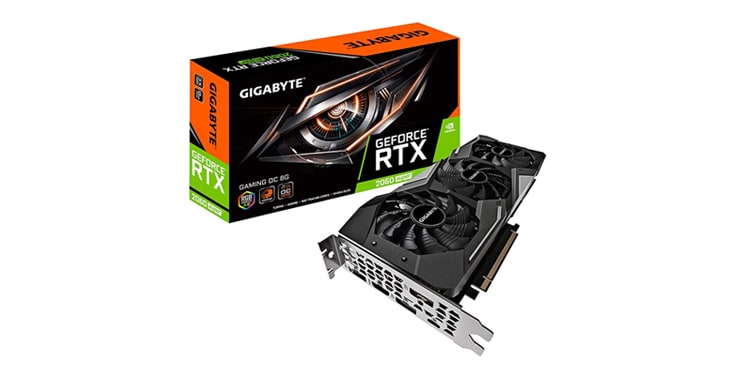 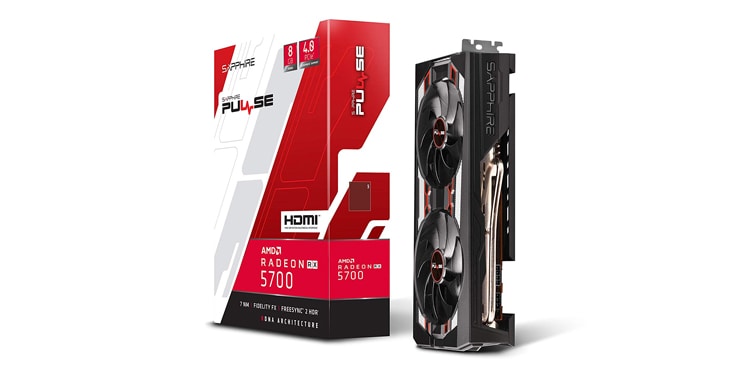 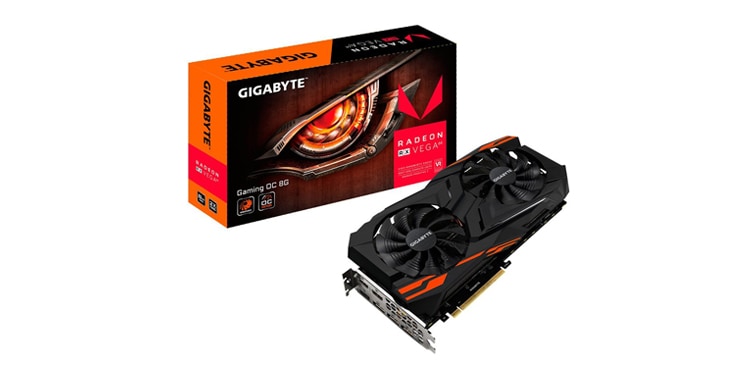 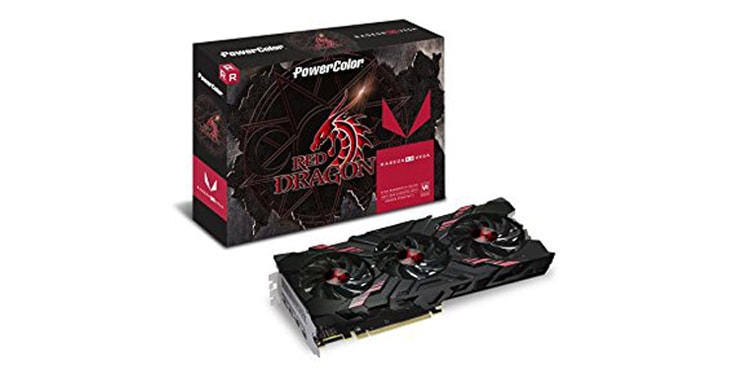 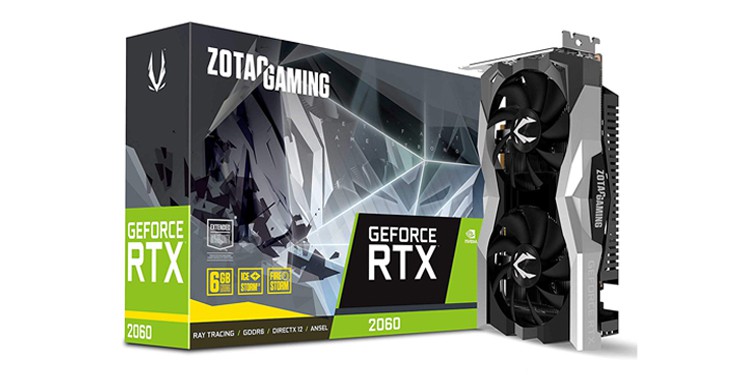 Most of the cards in this range perform pretty close to each other, and none of them provide real-time ray-tracing support. At best, expect a 15-to-20 FPS boost jumping from card to card here. 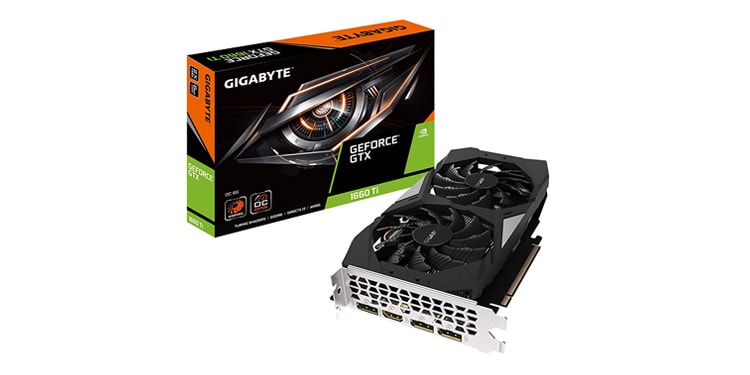 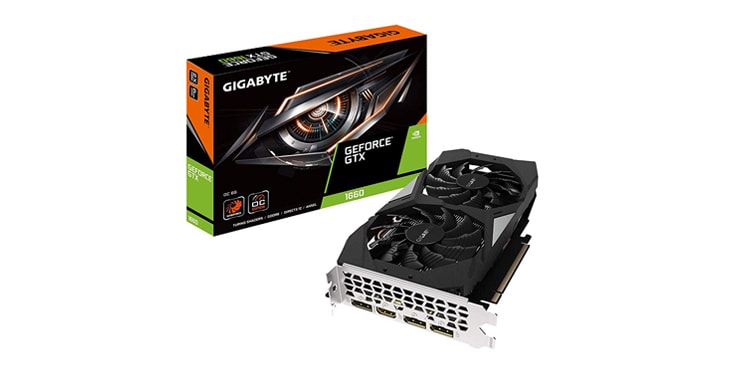 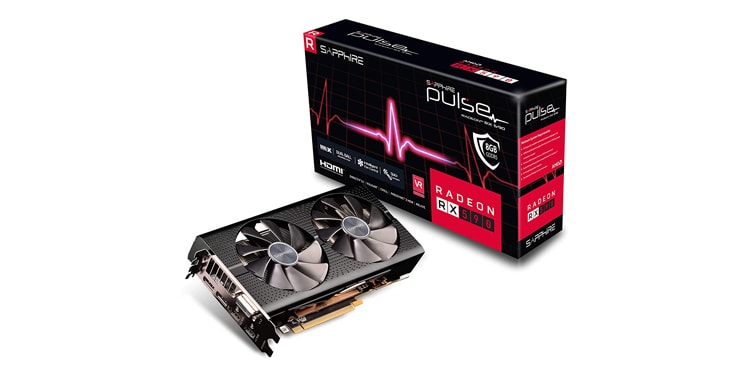 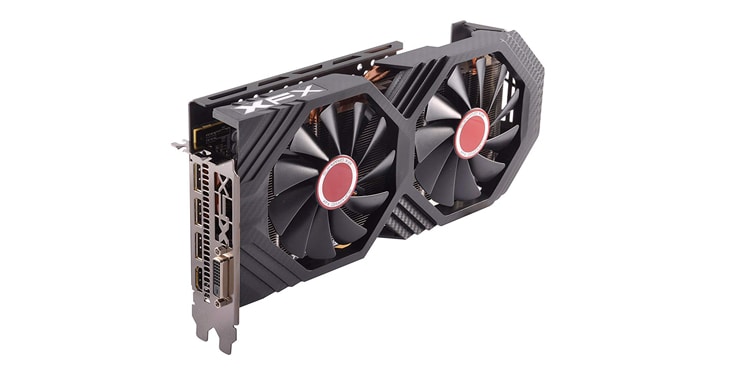 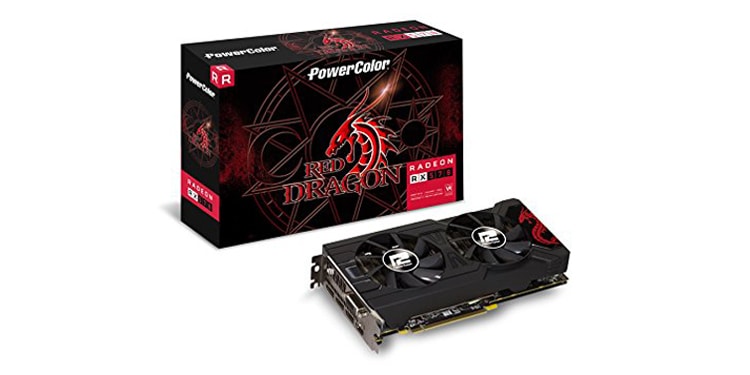 Now for Tier 5: Low End. We won’t sugarcoat it: unless you specifically need low-profile cards for old and weak systems, then these cards are not great for performance-per-dollar. If you can save for a Tier 4 card, make sure you do.

Regardless, the best options in this range are: 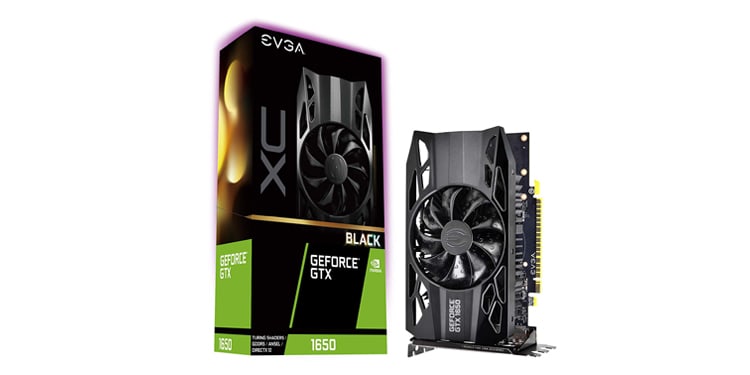 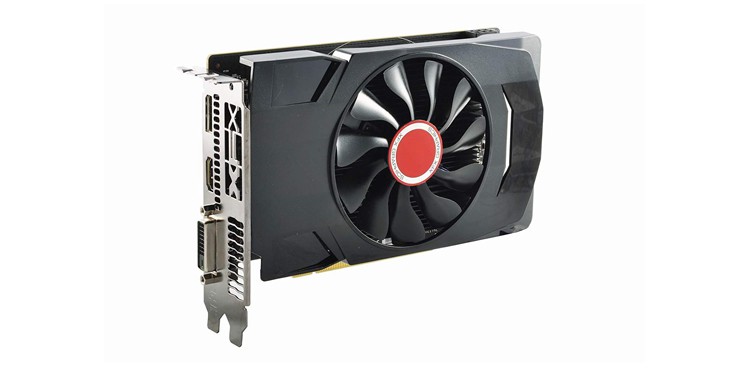 Where is [X graphics card]?

To keep things simple and up-to-date, we’ve streamlined our graphics card tier list to cards that are still being manufactured and are widely-available on retailers like Amazon and Newegg. But for those who want to buy secondhand on eBay or just see where their last-gen cards compare, we’ve also listed last-gen equivalent GPUs for each of the individual cards listed above.

What is VRAM, and why does it matter?

VRAM, or Video RAM, is the pool of memory used by your graphics card. While VRAM doesn’t have the biggest direct impact on your in-game performance, the amount and speed of your VRAM will determine the maximum resolution that your graphics card can handle. It may also impact things like texture resolution, the performance impact of post-processing effects, and more.

For some professional workloads, having lots of high-speed VRAM can also come in handy. For consumer purposes, though, you’re generally set with 8 GB.

RTX is the new product line from Nvidia that adds “RT cores” to their graphics cards. As of the time of writing, RTX cards only come in the Turing architecture with the RTX 20- Series. RT cores allow for real-time ray-tracing, DLSS, and other Nvidia-exclusive features designed to amp up visuals.

The biggest feature offered by RTX is definitely the real-time ray-tracing, which essentially allows for far more realistic reflections and light ray simulation than previously possible in games. Unfortunately, this also comes at a great performance penalty with modern games, though this will get better over time, as the technology evolves.

At the time of writing, very few games on the market support ray-tracing, and using it comes at a great cost to framerate and resolution. This is more of a future-facing feature than anything else, for now.

Is there an AMD equivalent?

Not yet. AMD’s latest Navi architecture doesn’t support ray-tracing, since the feature is currently very niche and doing so would drive up costs significantly. AMD is unlikely to release a ray-tracing enabled card until 2021, and the overwhelming majority of games on the market still do not support the feature.

If you want ray-tracing today, or you don’t plan on upgrading any time within the next 3 or so years, then you may want to opt for an Nvidia RTX card. Otherwise, AMD’s offerings in all price ranges are superb for price-to-performance.

Are these rankings accurate?

Yes. Each of our rankings is backed with reputable third-party benchmarks from Digital Foundry, as well as our own additional research and experience. There may be some cases where cards in the same tier swap places depending on the specific game or application, but by and large these graphics card rankings are accurate to the experience you’ll have as a consumer.

What is PCI Express (PCIe)? – Everything You Need To Know